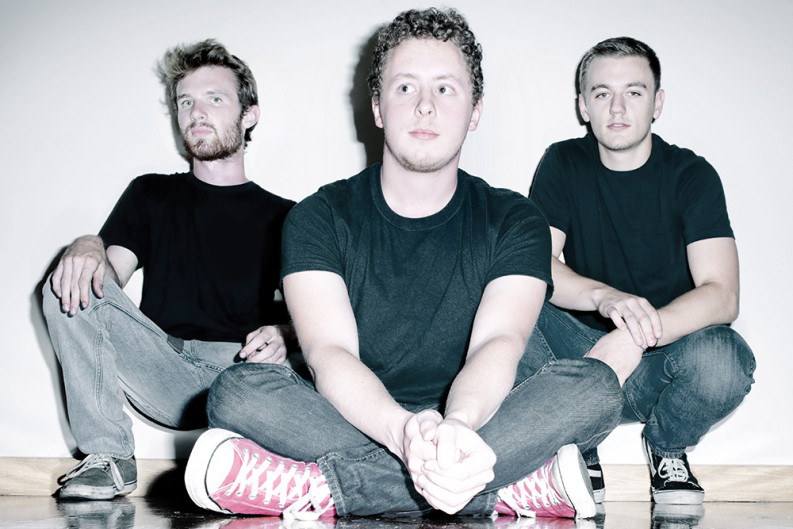 It’s not a surprise when a bunch of teenagers thrash out some convincing, enthusiastic punk rock. But it is notable when a trio whose members are fresh out of high school produces a record that’s both pugnacious and multidimensional, balancing the snotty aggressiveness of basement punk with emotional depth and unexpectedly savvy songwriting.

“A few of the songs off the first EP were songs Alex and I had written a few years before we started Hellaphant,” Pack writes in an email interview. “Family Man was our first release to include songs we had written together as a full band. … Between those EPs we started playing out a lot more and getting way more comfortable. So I guess we got more in sync with each other and matured with our songwriting.”

The stand-out track on Family Man is “Local Scene,” an exercise in classic college rock that fits chiming guitar chords, a punchy chorus, and an almost psychedelic interlude all together in less than three minutes. (It’s the band’s longest song.)

“I think it highlights our eclectic nature as musicians,” Pack says. “We all love punk rock, but with ‘Local Scene,’ it showed we weren’t just blasting through songs, kicking and screaming.”

Pack, Ferguson, and Burkett have had some advantages. They’ve all known each other since middle school, where they took a music class together for three years, and played together in various low-key bands during high school. And Pack’s father is Stewart Pack, whose bands the Pegclimbers and the 1-900s were at the forefront of Knoxville’s early-’90s indie-rock scene. Pack has continued making music, most recently with former Superdrag leader John Davis and hard-rock super-producer Nick Raskulinecz in the skate-punk band Epic Ditch, which inspired his son to write songs and to take an interest in recording and producing. The younger Pack engineered and mixed both of his band’s EPs in his own home studio, with a little help from his dad.

“Growing up in that musical environment jump-started my ambition to pursue music,” he says.

In the year and a half that Hellaphant has existed, the band has played at just about every show they could. With Family Man out and another EP on the way soon, they plan to slow down and schedule their performances more strategically. They’re coming off a couple of relatively high-profile shows: WUTK’s end-of-semester Exam Jam in December with Senryu and Handsome and the Humbles and the all-star benefit fest Waynestock in late January.

“We get so many offers to accept now, which is extremely flattering,” Pack says. “We would love to play them all but with our work and school schedules, it doesn’t work out sometimes. We want to start playing out of town, but as of now we haven’t.”

Pack says the expected next step—a full-length album—may not happen for a while.

“We have a tendency to write four to six songs at a time, so we might just start putting out a handful of those over the course of this year,” he says.