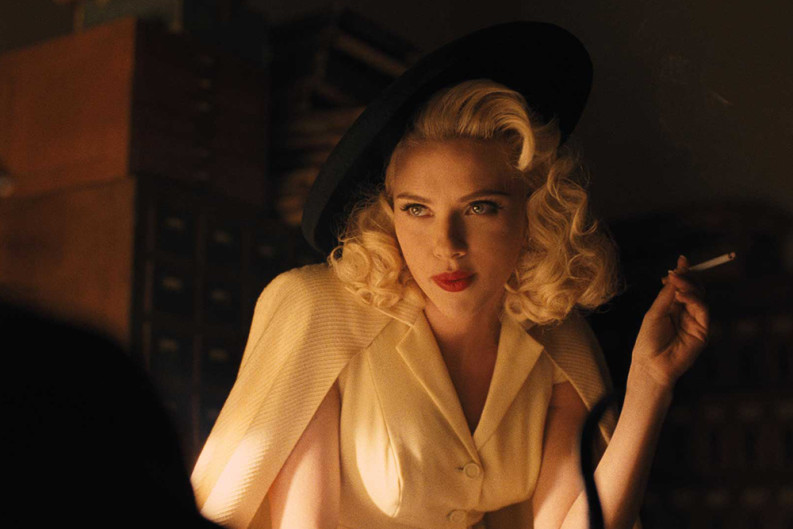 Time seems to have mellowed Joel and Ethan Coen, at least where Hollywood is concerned. Their new ensemble comedy, Hail, Caesar!, finds the brothers returning to the same fictional movie studio that provided the setting for 1991’s audaciously dark Barton Fink. The satirical edges are still here, but Capitol Pictures is an altogether nicer place this time around, with the Coens waxing nostalgic about the same Hollywood studio system they so effectively crucified 25 years ago. This is the brothers at their frothiest, and while it feels too minor to join the ranks of their best films, it’s certainly one of their most endearing ones.

Hail, Caesar! belongs to the cycle of movies the Coens have called their “numskull” comedies, a loose trilogy that also includes 2000’s O Brother, Where Art Thou? and 2003’s Intolerable Cruelty. I guess that makes George Clooney their numskull of note, and it’s a term that definitely applies to his character in Caesar—a charming libertine doofus of a movie star named Baird Whitlock who gets himself drugged and kidnapped by a mysterious group known as “the Future.” The kidnapping—or, more specifically, the reason behind it—provides the backbone of Caesar’s overstuffed plot, but it’s also the movie’s least interesting component.

Clooney is fun, but the guy to watch is Josh Brolin, who stars as Capitol Pictures exec Eddie Mannix. His dangling cigarettes and cocked fedoras might peg him as a noir detective type, but Mannix deals with smoking guns of a different sort: the potential scandals and crises that are constantly bubbling beneath the surface of every production on Capitol’s sprawling back lot, from its newest “prestige” drama to its upcoming (and giddily homoerotic) sailor musical.  Mannix stays busy defusing situations that threaten to tank, or taint, Capitol’s productions and its stable of movie stars.

Mannix has his hands full even before Capitol’s biggest star is nabbed. For starters, million-dollar mermaid DeeAnna Moran (Scarlett Johansson) is having trouble finishing the studio’s latest aquatic ballet; it seems her rubber fishtail will no longer fit over the unmarried actress’s baby bump. Then there’s singing cowboy Hobie Doyle (Alden Ehrenreich), whose rocky transition from goofball westerns to drawing-room melodramas leads to a showstopper of an exchange with aristocratic director Laurence Laurentz (Ralph Fiennes). Mannix also has to dodge twin-sister gossip columnists Thora and Thessaly Thacker (Tilda Swinton on both counts), who are threatening to dredge up some old gossip concerning Whitlock’s extracurricular activities.

Hail, Caesar! moves along in fits and starts, with all of its subplots outshining the scheme at its center. Occasionally it’s brilliant—there are a few scenes that rank as some of the Coens’ best work in years. It’s at its best when Mannix is hopping from set to set, giving the filmmakers a chance to poke gentle fun at classic Hollywood genres. There are a half dozen movies-within-a-movie, including the historical epic that lends the film its name. Some of them, like an elaborate song-and-dance number featuring Channing Tatum as a Gene Kelly redux named Burt Gurney, are as good as the movies they’re spoofing; others, like the turgid melodrama that poor Hobie gets dumped into, are awful, but they’re all hoots. The classic Hollywood references are fast and twisty, and it’ll be fun to untangle them all during future viewings.

Whenever it cuts away to Whitlock’s time with his kidnappers, though, Hail, Caesar! loses some of its momentum. Clooney does his part, mugging and stammering his way through a typically off-kilter Coens conspiracy. But his character is the least interesting of the batch, and it’s hard to shake the feeling that all the good stuff is happening back at the studio.

We always get back to that good stuff soon enough, though, and Hail, Caesar! is too entertaining to be undone by a little dead weight. It works up a bit of thematic heft as it bobs along—Mannix is wrestling with a crisis of faith, but not the kind that’s typified in the cornball religious epic he’s trying to usher onscreen—but it’s mostly a lightweight, affectionate nod to the studio system that was already in decline in the 1950s. The film’s characters don’t all realize it, but they’re swimming, singing, and tap-dancing their way through the end of an era, and Hail, Caesar! is a sparkling tribute to those halcyon days.