The Black Lillies Bounce Back From Texas Robbery - The Knoxville Mercury 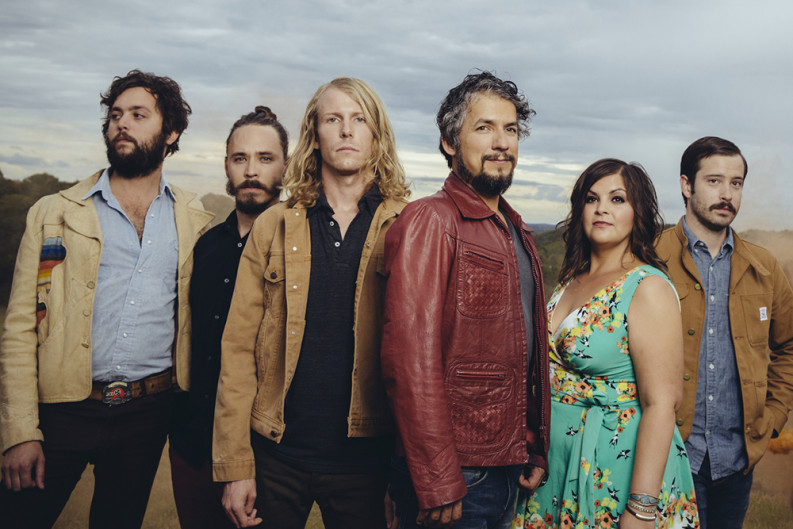 Sometimes the best thing to do after something bad happens is to go on a cruise. The Black Lillies, who had a trailer full of thousands of dollars worth of mostly irreplaceable gear stolen in Texas last month, are right now in the middle of an ocean-liner music festival alongside John Prine, John Hiatt, Jason Isbell, Lucinda Williams, Chris Stapleton, and more than three dozen other big-name Americana/roots/folk/country acts.

The cruise started just after the band’s sold-out show at the Willow Tree in Johnson City, which Lillies’ manager Chyna Brackeen called “a total love fest.”

“We borrowed a bunch of instruments for both the Johnson City show and the Cayamo Music Festival at Sea, which we’re on right now,” Brackeen writes from somewhere in the Caribbean. “Jim Avett (father of the Avett Brothers) lent us a beautiful guitar, and musicians from all over have stepped up to lend other instruments (both Knoxville artists and national acts). The Johnson City show had been sold out for a couple of weeks and it was a total love fest. Everyone in the audience was so thrilled that the band didn’t cancel, and the band was so excited to play. Great energy, positive vibes, I think it was exactly what the band needed.”

On Jan. 25, at 2:30 a.m., the band’s van and trailer—full of instruments and gear, T-shirts, CDs, vinyl, and other merch, and some personal items—was stolen from the parking lot of a motel outside Houston. The band had just completed a run of tour dates and was headed back to Knoxville that morning. Brackeen estimated the loss at up to $70,000. The van was recovered, minus the trailer and all the missing gear. (It’s still in a garage in Houston.)

The band’s insurance policy will cover some of the loss, but as Brackeen pointed out last week, the actual value of the gear, much of it vintage, will be hard to replace. Brackeen started an online fundraising campaign at rally.org to cover the expected difference; fans and supporters met the initial goal of $40,000 in just a few days, and the goal has been expanded to $50,000. (As of press time, the campaign has raised more than $45,000 from 842 donors.)

In an update at rally.org, Brackeen offers tips on how fans can help out:

• Attend an upcoming show. Now more than ever, it will do this band tremendous good to see people enjoying this music. And we promise you’ll have a great time. You can find the tour schedule at theblacklillies.com/tour.

• Buy our music. If you already have the music, turn a friend onto it (we don’t mind if you burn CDs and share them). The most direct way to get it is through our website at theblacklillies.com (where you will also find the last few shirts that weren’t stolen because we were selling a few online!) but you can also visit your local independent record store, go to Amazon.com or iTunes, or your retailer of choice.

• Continue to spread the word about the instruments and help us track them down. Let’s make it impossible for these guys to sell them without getting caught.

• If there’s a touring musician in your life, maybe buy them a GPS tracker or anti-theft device in our honor. We don’t want to see this happen to other people. If you do that, please let us know via a Tweet or Facebook status and tag it with the hastag #theblacklillies.

• Call your local radio stations and request music by the Black Lillies. It’s a great way to show support and hopefully help us gain a few new fans along the way.