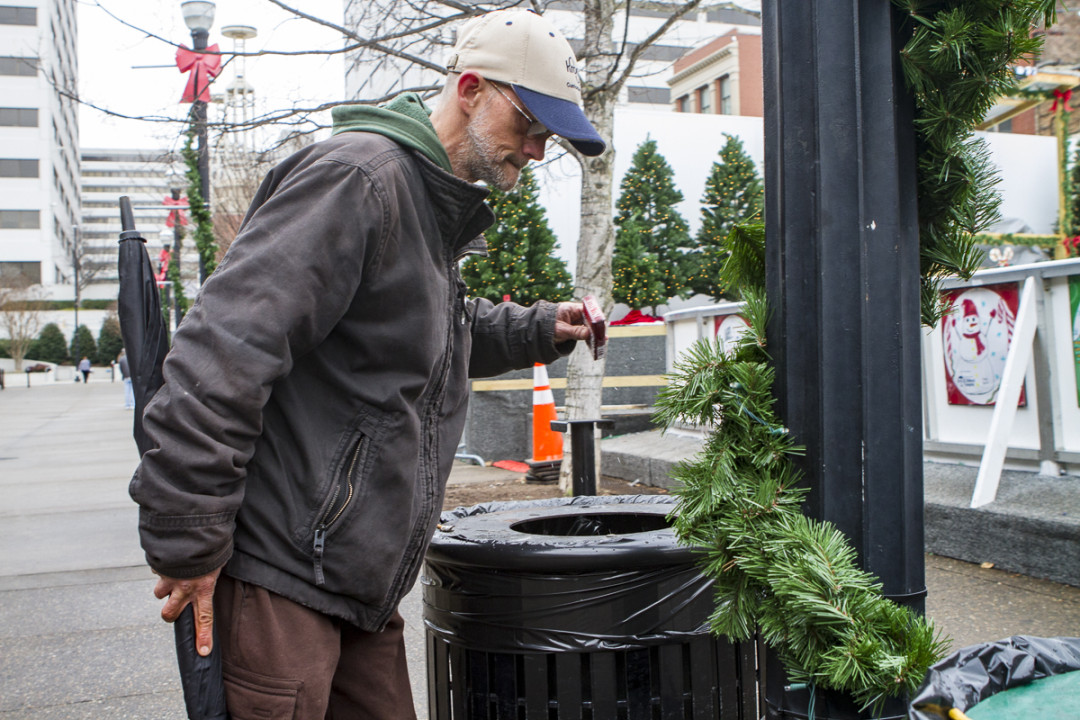 For nearly two years now, Drew Krikau, 45, has lived homeless on the streets of Knoxville. He’s had two “permanent” living arrangements during that time, although when you’re living outside you quickly learn nothing is permanent—fortunes often ebb and flow with daily changes, and few things come easy. Both of his more permanent homes were self-made campsites erected in the dense brush of vacant lots close to the city’s core. But his camp and most everything he owned went up in flames on Christmas day, and since then he’s been hunting for a new safe place to rebuild.

>> Read the full story: Adrift: A 24-Hour Diary of Living Homeless in Knoxville