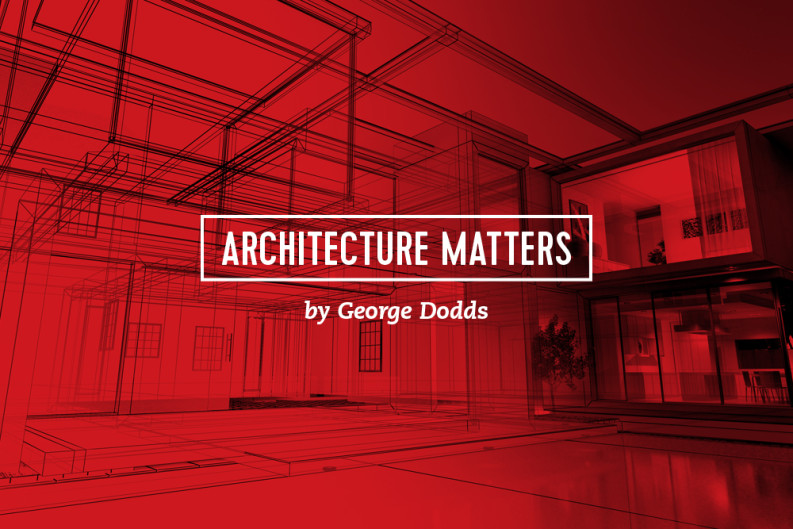 “What’s past is prologue.”
—William Shakespeare, The Tempest 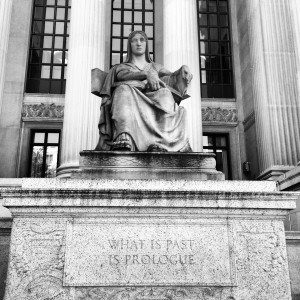 The ancient Romans had a useful double-faced god called Janus (Ianuarius). He presided over war and was the guardian of transitions and portals. The start of a new year is a Janusian time, literally; the Romans named January in his honor. The year’s first month always seems a time to straddle the fence before lurching forward into the unknown.

A few weeks before Christmas the short list of candidates to design the Obama Presidential Library was released. Whichever of the seven architects is chosen, their portfolios make clear that the Obama library will not be a jot like Robert A. M. Stern’s George W. Bush Library. Nor will it be much like Hugh Stubbins’ Ronald Reagan Library, a 243,000 square foot rambling neo-Mission Style villa glommed onto a monumental box of a building housing Air Force One. The big box notwithstanding, the Mission Style part is intended to provoke memories of a regional California colonial architecture that dates back to when the state was still large swaths of Spanish-owned haciendas.

Perhaps more than most cultural artifacts, viewed in the proper light, these emblems writ large reveal much about the character of the president they represent, and the culture out of which that presidency emerged. Rather than looking backward to Mussolini’s Italy, as Mr. Stern did for Mr. Bush, or replicating a facile notion of a Spanish colonial ranch as Mr. Stubbins produced for “the Gipper,” the Obama library will be forward looking. In short, it will be modern.

Leaving aside the question of architectural character for a moment, one may wonder how these institutions came into being and who pays for them. It may seem that presidential libraries have been around since there have been presidents; they are, however, a relatively new phenomenon in American politics.

In 1939, with a second Great War beginning in Europe, and a decade-long Depression far from ending at home, Franklin Delano Roosevelt began seeking private funds to establish the first of these libraries, an idea all his own. Although Congress would not codify their formation until Harry Truman’s second term in office, FDR’s Presidential Library, in Hyde Park, New York, was dedicated five months before the bombing of Pearl Harbor. All presidential libraries are privately funded, most managed by the National Archives; Mr. Obama’s will be the 14th.

At the inaugural dedication of the first one, Roosevelt commented:

“To bring together the records of the past and to house them in buildings where they will be preserved for the use of men and women in the future, a Nation must believe in three things.

“It must believe in the past.

“It must believe in the future.

“It must, above all, believe in the capacity of its own people so to learn from the past that they can gain in judgment in creating their own future.”

Speaking on his family’s Hyde Park estate where he spent much of his youth and early adulthood, part of which he had donated in perpetuity to the nation to house his presidential papers, it would have been understandable had he lapsed into nostalgia. Yet, the text of his address, preserved in his archive, reveals just the opposite. Unsentimental in purpose, he forecasted the use of a legacy still unfinished, as the foundation for envisioning a future not yet delineated.

Visiting the Hyde Park estate, now under the stewardship of the National Park Service, walking through the meticulously maintained period rooms of the main house, it is easy for one to see only the vestiges of things past, to revel in the memento mori of the Victorians and Edwardians who dwelled among them. This, however, would miss FDR’s point entirely, as have several of the recent presidential libraries. The true value of the archival institution he created is not preservation and remembrance for their own sake, but as instruments of change—for the emancipation of potential futures from the bonds of a perpetual present tense that otherwise blinds us to, as FDR might have put it, the lessons of the past.

For many this is the rub with both Mr. Obama’s presidency in particular, and the modern architecture the president has favored, in general. It is what makes so many uncomfortable about a tall, lithe, articulate, liberally-minded and well-educated African American in the Oval Office and it is what makes many of the same, if not more, uncertain about the value of this thing called modern.

Both were conceived as forward-looking, paradigm-shifting events. Each signaled change. Of course, not all change is good, nor is it always forward moving. History bursts at the seams with examples of each. “To learn from the past,” one must be open to such possibilities so “that [one] can gain in judgment in creating [one’s] own future.” That would be yet another rub.

Locally, one simply needs to take a moment to look around our city, not as something to get through, connecting home and office, but rather much like presidential libraries—as a representation. While the libraries represent a presidency and a personality, cities represent, in a more general way, the people who, over the course of centuries or millennia, construct them.

Getting out of one’s car is a great way to understand a city from a radically different perspective. From this interloper’s station point, one sees that much of the new construction in Knoxville—commercial, institutional, and residential—seems designed to provoke vague memories of a past that, much like Reagan’s “shining city on a hill,” never really existed, at least not for the 99 percent of us. Worse yet, in many cases, well-designed and well-constructed modern buildings are being demolished willy-nilly, replaced by insipid dreck intended to depreciate faster than the average home mortgage.

Far too many local losses of this sort have been chronicled in this paper of late. Rather than turning this column into a de facto obituary for mid-century modern buildings in Knoxville (the list grows longer each month), the start of a new year seems a good time to focus on new construction—it’s time to look forward. In my next column I will discuss two projects currently under construction by important Knoxville institutions, one forward looking, the other not, and the implications of each.