Pint of Science, Peck of Fun - The Knoxville Mercury 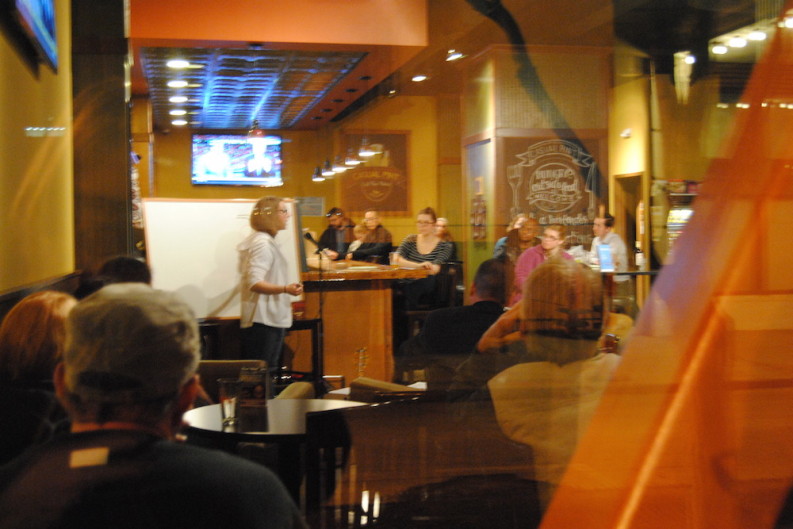 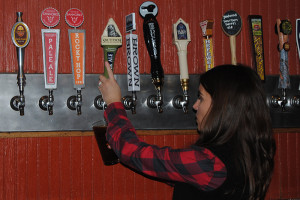 On Monday night I attended Knoxville’s inaugural Pint of Science event at the Casual Pint downtown. It was a nice evening, all part of some occasional events leading up to Knoxville’s first participation in POS’s national festival in late May, where our city will host 18 speakers at as many brew-centric venues over three days.

For this preview talk, there was a standing-room-only crowd seated snugly at tables in the softly lit pub, but instead of the typical trivia or house band, they were all intent on hearing certified health physicist and president of Ameriphysics (and “full-time beer drinker”) Tom Hansen discuss the mutations that X-ray and Gamma-ray radiations can cause. They were just as rapt when medical physicist Samantha Hedrick of the Provision Center for Proton Therapy shared how proton therapy compares to conventional therapy and her thoughts on the potential benefits of the practice.

And there was beer. Lots of craft beer, and pizza donated by Hard Knox for the occasion.

This was no accidental pairing. Started by a pair of London scientists in 2012, and now global, Pint of Science has the weird notion that people—both scientists and regular blokes—would enjoy science a lot more if they managed to have scientists bring their ground-breaking work to share at “adult playgrounds,” i.e., the local bar.

If Monday night was any example, they are correct. Admittedly, there were three additional health physicists in the audience for this talk, but some of us ordinary people, like the nonprofit middle manager and service-industry worker I brought with me, were intrigued, too.

It didn’t feel like studying or anything. Just enjoyable beer with the occasional bit of useful information permeating my enjoyment. I was admiring the hint of rosemary and identifying pistachios in one Hard Knox pizza slice, for example, as I learned that the human body has 70 trillion cells.

Noting how well the touch of hot pepper in the Marci-Roni pizza paired with the slight sweetness of my Blackhorse Brewery vanilla ale made me more receptive to the message that while radiation could cause hair loss, or perhaps death, it could only work with the DNA present, and therefore could not really be responsible for the transformation of Bruce Banner into the Incredible Hulk. Rats.

My main science-y takeaway from Hedrick was that proton therapy could be more precise than traditional approaches, and I was also impressed with her ability to talk about very specific body parts so matter-of-factly no one even paused in their pizza eating. But I learned a few more things about beer during the break, just from talking to Alan Knauth, who co-owns the host venue with wife Natalie and is the co-city coordinator of Knoxville POS with Elizabeth Gillenwalters, another health physicist. 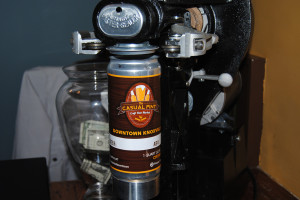 I found out that Casual Pint has this machine that lets them pop any draft they have on tap into a can you can take home, and that their bartenders are smooth but sassy, like Evan Arneson, who showed me how the machine worked and also wanted me to make sure to mention how awesome he was.

The Knauths told me their most popular beer on tap is Saw Works Rocky Hop IPA, followed by Smuttynose Winter Ale. While I generally agree with Natalie that IPAs are an acquired taste, “and one which I have not acquired,” it was fun to sample the Rocky Hop and note its very malty nature, especially as compared to what Alan called the “in your face” hops of another Casual Pint favorite, an Alabama brew called Blue Pants Hop Busted IPA.

Much more valuable to me personally, Alan shared a sample of his own draft choice that night, a mix of Founder’s Rubaeus, a raspberry ale, and Young’s Double Chocolate Stout Nitro. It was fresh and light, raspberry-kissed and creamy, with what I would call a “stout lite” dark chocolate-y finish at the end of a swallow. The chocolate stout also combines well with my current favorite regional beer, the Blackhorse vanilla ale, an experiment I completed successfully on the spot.

How I love science.