Photos: On the Beat with Knoxville Police 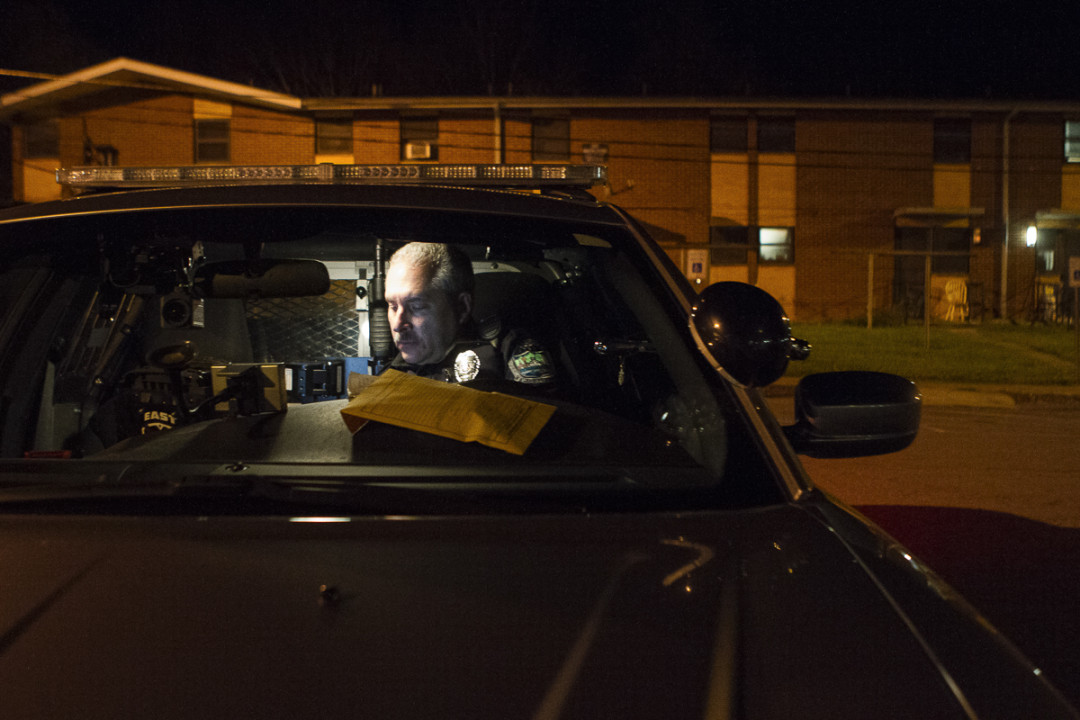 It was just another night for Knoxville police officer J.D. Hopkins patrolling his beat on “Short East,” police speak for the section of East Knoxville closest to downtown, but the series of encounters, walk throughs, traffic stops, and interactions offer a glimpse into the daily interactions between local police and people living in these communities.

These photos round out extensive reporting by Mercury writer S. Heather Duncan. Over the past several months, Duncan has been digging into the intricacies of the Knoxville Police Department’s relationship with the community, how it goes about holding its own officers accountable, and what sorts of underlying issues such as racial tension, mistrust of law enforcement, and other variables factor into the unique fabric of our city.

Read her some or all of her multi-part series: