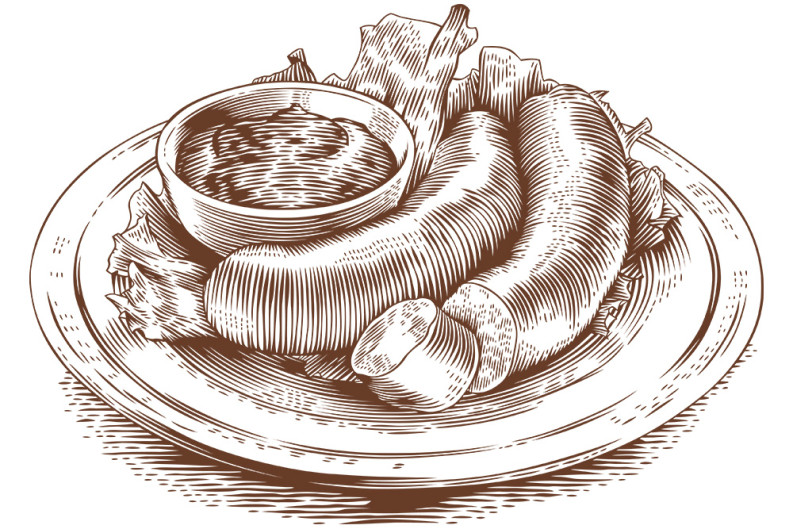 I’ve always hated those Americans who travel to another country and spend the entire time comparing it to home, usually unfavorably. That’s why, any time an American asked me for directions while I was living in Prague, I pretended I didn’t speak English. I knew enough Czech to say I didn’t understand. Then I’d rush on, plowing through the hordes of teenagers wearing identical velveteen jester hats, which for some reason were wildly popular souvenirs around the Charles Bridge. What a trick: Getting obnoxious foreigners to give you money in order to self-identify as fools.

I didn’t want to be associated with that. I was studying in Prague because although my dream was to be a foreign correspondent in Eastern Europe, I wanted to make sure I was cut out for it. I was pretty sure the answer would be a resounding yes.

But it was harder than I expected. At the time, almost no one in Prague spoke English. These were the days before cell phones (or, in the Czech Republic, even email), and I talked to my parents just once every few weeks and to my boyfriend a couple of times the entire semester. The simplest conversation in Czech was hard work, and I felt isolated.

I’m very organized. The ungenerous, including myself, might call me a Type A personality—which just doesn’t fly in Eastern Europe. It’s a “go-with-the-flow” culture. If someone doesn’t show up for an interview, you can’t get upset. Deadline or not, you just call and see when they’d like to try again. Everything in Prague, even physical objects, seems flexible. You can wake up one morning and take the same route to work as you have a hundred times before—and look up to find yourself in an alley you’ve never seen before, lined with shops full of dusty marionettes and blown-glass goblets straight from the same Middle Ages that spat out the twisted streets and red-tile roofs.

To further complicate daily life, I lived with a Czech family named Vackovi in a little village outside the city. They spoke no English, although the father and I both spoke a little Russian. That proved only confusing, precisely because Russian is too similar to Czech. Example: my Czech family waited several months to tell me the Russian word I was using for “girl” means something much more insulting in Czech. (They thought it was “cute.”)

Their house was so far away I had to take an inter-city train to get to classes or work, so I spent more time with them than I did at Prague’s famous jazz clubs and kavarnas. They lived on a dirt road. There was a chicken coop under my window. (One of the first sentences I learned to say in Czech was, “Chickens are stupid.”)

I am an only child who grew up in a quiet house. The Vackovi family were boisterous, friendly yellers; Mama Elena would stand across the tiny kitchen and throw raw bacon at the hot skillet while my 12-year-old host brother (Mali Tonda, or “Little Tony”) ran around brandishing his hand-woven Easter whip. (One of the first phrases I learned in Czech was “crazy boy.”) My host father, Velky Tonda (that’s right, “Big Tony”), was a dead ringer for Santa Claus. He taught me to polka while ho-ho-hoing, his bowl full of jelly bouncing between us.

Bewildering as they were to me, I loved them. But I got sick of their cooking. There was salami in everything! Vegetable soup had little hunks of salami swimming in it; breakfast was hot dog buns toasted with cheese and salami; lunch was macaroni and cheese… with salami.

I decided that I’d cook a meal for my Czech family: pasta dish full of vegetables, with real marinara sauce. (That was the other thing—they ate pasta with ketchup. Straight out of the bottle.) I thought this meal would be a treat for them.

I’ll give them this: They ate it politely.

But the entire time, my host brother stared across the kitchen. Finally, I followed his gaze and realized his longing was directed toward the giant ketchup bottle. I realized something else, too. In my own way, I had been thinking like those Ugly Americans. I had been assuming my way was better.

I had made other assumptions, too.

The Vackovi had often told me I was rich. I denied this accusation with some degree of outrage. But Velky Tonda had to supplement his high school teacher’s salary with a weekend job servicing those machines full of stuffed animals waiting to be snatched up by a mechanical claw. Shortly before I was to return home, we were sitting around a bonfire in the backyard, eating shish kebabs of peppers, onions, speck (fat), and (you guessed it) salami. Mama Elena warned Velky Tonda he’d better enjoy the food while it lasted. I was confused.

“The meat, the salami,” she explained. The supply would dry up when I left.

It all became clear: They were salami-wild not because it was a staple of their diet, but because it wasn’t. Without the small (to me) stipend they received for housing me, they couldn’t afford meat.

That night I presented a my host brother with the American thing he most coveted, a Minnesota Vikings football jersey. And I admitted to myself that I was rich.

We all cried a lot before I went home. I cried because I would miss them so much—but also because it’s so hard to admit when you are wrong about what you believed would make you happy, whether a job, a city, or a relationship. I knew that I wasn’t going to move to Prague after graduation to work freelance reporting jobs. I wasn’t coming back, except maybe as one of those American tourists.

But at least I know how to polka a little and order a beer in Czech. I will eat goulash with abandon. And I will never wear one of those jester hats.