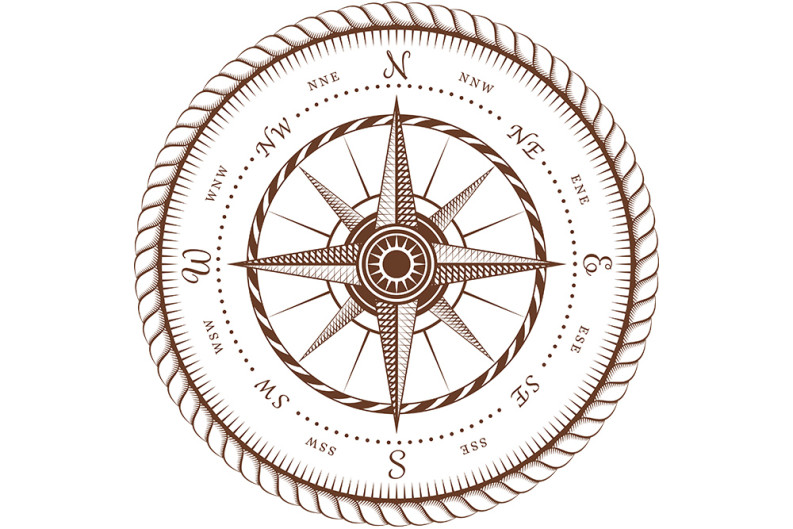 I never intended to be the Knoxville history guy. I majored in history in college, but avoided anything that seemed local or regional. My concentration was foreign policy. I was a man of the world. I had ridden trains through Mexico. I was planning a backpacking adventure in Europe. I read Time magazine.

This isn’t the whole story. It was the first hard shove in an unexpected series of nudges in this direction.

It was one of the first nights of the 1980s. I was a rare non-journalism major at the University Tennessee’s Daily Beacon. I had answered an ad for part-time assistant copy editor. Occasionally I wrote an album review.

I had dreams of becoming a rock critic, or a foreign correspondent, or an investigative reporter, or a novelist. All those things at once, preferably, maybe more. But being as I was a non-journalism major, thanks to my phobia of electronic typewriters—facility with the IBM Selectric II was a prerequisite at UT’s J school, and lots of newspapers required a J-school degree—any actual career in journalism was looking like a long shot.

Working at the copy desk with the hilarious young copy editor, whose name was Betsy Pickle, and three or four other assistants, was fun for a while. But it seemed a very slow way to get my tennis shoe in the door. In those days when newspapermen were considered heroes, a lot of people liked the idea of working at the Daily Beacon, the eighth-biggest daily newspaper in Tennessee. But its staff was tiny. For the real name-in-the-masthead, put-it-on-your-resume jobs, there was a selection process, and it favored journalism majors. Probably not this year, I was told.

Then we returned from Christmas break to discover the wire editor, a quiet, remote fellow no one knew very well, had disappeared altogether. He just didn’t come back to school. We heard that he joined the Army. Then we heard that he had died. What we knew for sure was that his chair in the corner was empty. The wire machine in the closet was still churning out copy, chokchokchokchokchok. Somebody had to change the paper and the ribbons and read all those yards and yards and yards of yellow copy.

There was no time for the usual search, no time even to announce an opening. I told the editor I thought I could do the job, even though I was just a liberal-arts major, and had worked at the Beacon for only a few weeks, and had never even spoken to last guy who’d done the job, the missing wire editor. The main job was reading the day’s wire copy and deciding what was important and relevant enough to interest the readership, which was basically a college campus of 30,000. In preparation for my career as a foreign correspondent, I read Time and Harper’s and the Atlantic. I knew what was going on. Iran, Afghanistan, all that business.

However, the position came with one oddity I wasn’t warned about. In the equitable division of labors, it had become the wire editor’s job to write filler copy for the editorial page. It was a short-short bit, not even a column, of variable length, often just about 6 inches.

It was called Old News. Somebody had decided that the easiest way to fill extra space was with some easy nostalgia for the alumni: UT stories from exactly five years ago, 10 years ago, 25 years ago. Anything older would be confusing, I guess. I’d never paid much attention to it. Old News was mainly there in preference to white space. It was a little expansion joint to compensate for young editorial columnists who hadn’t yet learned to write to fit.

I didn’t like the sound of it. What could a kid say about things that happened before his time? The Daily Beacon was read by people three times my age, maybe even four times. Professors, even. Journalist legend John Hohenberg was more than half a century older than me, had known Hemingway and interviewed President Harding. And he read the Daily Beacon. What could I tell him about history?

I was much more confident about the new news. In the Daily Beacon office I could read it before anybody else did, even before it got on CBS News. Breaking news coming constantly off the teletype machine seemed much easier. And it was obviously, or so I thought, more important.

But I was given a key and told it fit a supply closet wherein were stored lots of bound copies of years of Daily Beacons, and, before it, years of the old weekly, the Orange and White. “Just write up one of the front-page stories from each day,” they said.

My first day pretending to be a wire editor was a Sunday. As is always the case on the first day of a job, everything took longer than expected. All the other staffers were used to their old jobs. I struggled with my new one. Reading yellow wire copy, writing headlines, cutting bits of it with scissors, pasting it onto paper for the typist, who input it all into the typesetting machine—this being before student staffers were trusted with expensive word processors. All my fellow campus journalists drifted away, to dates or parties or TV or bed, leaving me alone in that big windowless basement room, with a nightfull of work and that odd little key on my desk.

There was lots of news: the Soviets in Afghanistan, Carter’s grain embargo, Indira Gandhi back in charge of India, and of course the hostages in Tehran, not to mention the U.S. election and whether we could take this sentimental old actor Ronald Reagan seriously. At the time, George Bush, the former CIA director, seemed the more credible Republican candidate, though John Anderson and local favorite Howard Baker seemed smarter than Reagan and Bush both. It was assumed Ted Kennedy could topple President Carter in the primaries, but I had friends who were rooting for Jerry Brown. The new news kept me busy.

But by 10 p.m., everybody else had gone home, and I still had damnable Old News to go. When I finally finished the wire copy, I picked up that key and, following directions, ventured through the building’s subterranean corridors. I don’t know whether anyone notices it any more, but the Communications Building, modern in so many ways, had a distinctive smell in its early years, something like radial tires sautéed in olive oil.

I found the supply closet. The key did not fit the knob. I checked the number on the door, and tried it again, upside down. It still did not fit. I tried a couple more doors, with no luck. I just couldn’t get in. I learned later that an administrator was displeased with my mysterious predecessor’s untidiness with the old newspaper volumes, and, without telling anybody, changed the locks. But that night, I thought I’d done something wrong, that I’d misheard the directions, or the door number, or that I’d picked up the wrong key.

I experienced that lonesome panic known only to the incompetent. There must have been a security guard somewhere on the premises, but that chilly night I felt like the only human on the whole dark campus. I could not write Old News, at least, not as it was prescribed to me.

So I walked to my apartment. It was a cozy nook of an old house on Laurel Avenue, up on top of Fort Sanders’ ridge, at the end of a long boardwalk from the street, and it was full of books. All sorts of books. Habitually I picked up books everywhere I went, hundreds of secondhand paperbacks from sidewalk sales, and that odd little book shop up at the top of the hotel fire escape off Cumberland. I had big 19th century Russian novels and little modern French novels. I had my freshman Western Civ tome, and my big sophomore American history tome, and a World Almanac, and other books about historical figures and events, the Civil War, the Depression, jazz. I figured I could cobble together something.

By the light of a 40-watt floor lamp, I sat on the linoleum floor and pored over them, looking for anything that happened in early January, so I could announce it, with honesty, “X Years Ago Today.” I didn’t have the luxury of making it local-only, or just a neat 5, 10, 25 year progression. But I’d have something. And I knew it had to be damn interesting to justify the unannounced break in format.

I was hoping it would be good enough that readers would forgive me for skipping their customary morning nostalgia. But that first day, and several afterward, I found incidents of gratuitous violence and inspired weirdness, sometimes hundreds of years ago instead of five, 10, or 25.

And it was a hit. For two academic quarters, nobody ever commented on my carefully edited, up-to-date wire stories. But everybody loved Old News.

There was little art in my writing. Most Old Newses were just little blocks of 150 or 200 words with declarative sentences. No style, no analysis, no byline. Sometimes the stories of assassinations of czars, of Britain’s quagmire in Afghanistan, of dark-horse presidential candidacies, suggested something of the background for a lot of the anxieties of 1980.

But mostly I was just digging up random bones. And at parties and bars, people talked about it. They applauded it, questioned it, laughed at it, quoted it. It was an unsigned column, and nobody had a clue I was associated with the thing. Gorgeous girls who wouldn’t talk to me personally talked about it. It felt great.

I learned a few things that winter. One was that people, even young people, really, really like history if you don’t try to make it solemn and ponderous. They crave it. Maybe they even need it. I also learned that history was relevant, more than I expected or intended it to be.

That was a revelation to me. And so were some of the things I found when I did look into local stories, things I’d had no clue about. I’d grown up in Knoxville, but had never thought much about the dull old place that my friends fled every weekend for the mountains or lakes. It turned out to be a good deal more surprising and sometimes exotic than I’d imagined when I was daydreaming of escaping to Beirut.

It did not change my life overnight. I wrote Old News only during my five-month tenure as wire editor. In the 12 years after that, I wrote hundreds of articles for newspapers and magazines, but few historical pieces. Most of my employers were doggedly modern.

In fact, until just recently, I’ve always been a general-assignment reporter, albeit one with known historical tendencies.

But Fate keeps prodding me in that direction. She must have a point.