Encore! The Most Memorable Classical-Music Performances of 2015 - The Knoxville Mercury 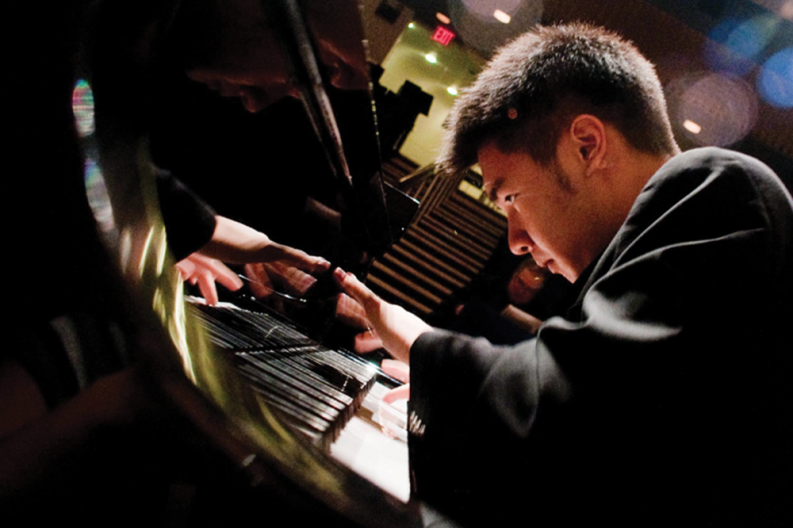 In the several years since I first started compiling my list of Most Memorable Classical Music Performances of the Year, a lot has changed for Knoxville’s classical-music scene. While putting together those early lists may have presented a few vexing decisions, in retrospect, many of the choices were fairly obvious, even inevitable, due to limitations of quantity and quality. Jump ahead to 2015 and one is confronted with an explosion in the variety of classical-music performances as well as the emergence of new performers and ensembles. It’s been a struggle, but here are my picks for 2015.

Most Memorable Orchestral Performances
What had usually been an easy category in years past proved difficult to even narrow down to three picks. I was excited by Knoxville Symphony Orchestra’s September season opener of music by American composers, conducted by resident conductor James Fellenbaum. Of the performance of Bernstein’s Symphonic Dances from West Side Story, I said in my review: “As in the other pieces on the program, Fellenbaum’s control of the spicy flavor and pace was impressive, setting a high bar for the conductors in the remainder of the season.”

Sharing equally in this category were KSO performances by two guest conductors—Marcelo Lehninger (Respighi’s Pines of Rome, in October) and Vladimir Kulenovic (Beethoven’s Symphony No. 6 in April). A close honorable mention goes to KSO’s guest conductor for March, James Feddeck, who led the orchestra in Mendelssohn’s Scottish Symphony.

Most Memorable Concerto Soloists
Pianist Conrad Tao is my choice here for his performance of Mozart’s Piano Concerto No. 25 in March with the KSO. In my review, I called out Tao’s “seemingly innate storytelling ability, which invested each Mozartian phrase with a refreshing twist and a perfect reason for existing.”

Most Memorable Chamber-Music Performance
From a category that barely existed five years ago, the quantity and quality of chamber music in Knoxville has happily grown exponentially. With difficulty, I’ll single out a performance of Dvorak’s String Quintet in G Major in the KSO’s Concertmaster Series at the Knoxville Museum of Art last March. Performers were Lefkowitz and Gordon Tsai (violins), Kathryn Gawne (viola), Andy Bryenton (cello), and Steve Benne (bass).

Most Memorable Operatic Performance
This year’s pick goes to Audrey Babcock for the title role in Knoxville Opera’s production of Carmen. From my review: “Vocally, her mezzo-soprano was everything one could want in a Carmen—smooth, velvety, and sensually rich, but with an edge of power and heat.”

Generally, local student singers have not been considered for this category, for fairly obvious reasons. However, this year I am compelled to mention University of Tennessee graduate student Alexandria Shiner. The soprano electrified audiences in two roles with UT Opera Theatre—as the Queen of the Night in The Magic Flute in April and as Magda Sorel in Menotti’s The Consul this fall.

Notable Developments in the  Classical-Music Scene
I am now forced to admit that nothing surprises me any more in Knoxville’s growing classical-music scene. Here are a few developments that are not only notable, but possibly seminal in the how the scene grows in the future.

• Marble City Opera, with four productions in 2015, including December’s Amahl and the Night Visitors, is defining the niche of chamber opera for Knoxville audiences.

• AC Entertainment’s Big Ears festival is opening eyes and ears and breaking down the barriers between musical genres.

• New ensembles, such as the string quartet Inner Voices, are expanding the scope and variety of the chamber-music scene.

• Kudos to UT faculty pianist Kevin Class and his collaborative series of recitals that featured Brahms chamber music with piano.

• KSO’s concerts featuring the conductor candidates auditioning for the position of music director are exciting audiences and setting the stage for the organization’s future.