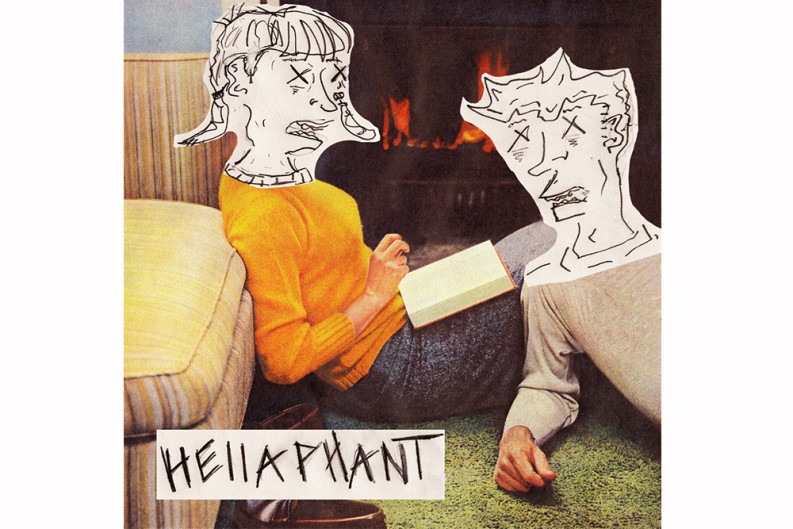 Hellaphant
Hellaphant
Hellaphant’s discography so far adds up to about 20 minutes—two EPs, 11 songs, none of them more than three minutes long, only two of them over two minutes. But it’s enough to mark the band’s progress over the year or so that they’ve been together. Last year’s self-titled debut was a promising belt of short-fuse basement punk, a thrashy, noisy little collection that made room for both ’90s pop-punk hooks and rifftastic guitar grooves.

The brand-new Family Man, released last month, lives up to the promise of its predecessor—the production, by bassist Henry Pack, is a big step up from Hellaphant’s bedroom-recording quality without sacrificing immediacy or urgency, and singer/guitarist Alex Ferguson sings more than he yells. The songs are still mostly ragers—there’s even one 32-second nugget called “Rage!!!”—but there’s more going on than just full-speed abandon; “Distance,” “Under Current,” and the title track reveal classic power-pop charm to go along with the punk attitude and volume.

The trio gets relatively epic on the opening track, “Local Scene,” two minutes and 50 seconds of wistful, sun-drenched college rock, more Guided by Voices than Parquet Courts, with an irrepressible guitar hook and sing-along chorus. It’s a tuneful and well-executed departure that seems to suggest a new direction for Hellaphant, though some of us might want them to keep the volume and distortion up for at least a little while longer.