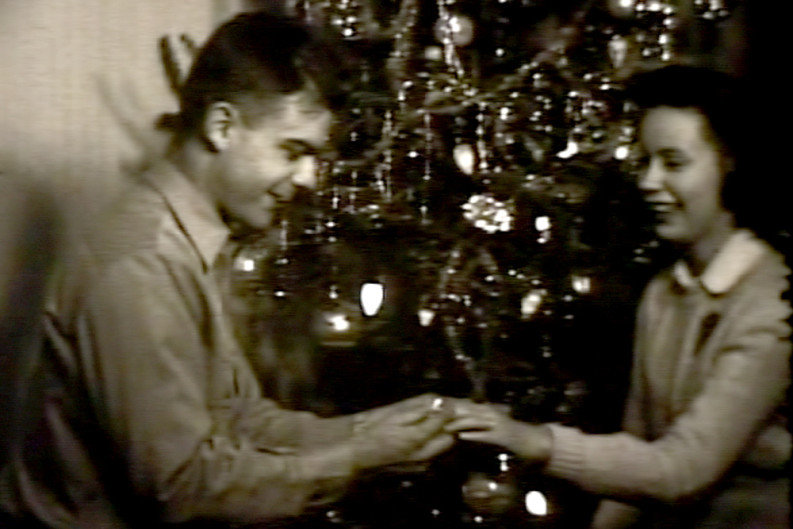 Orphan films are of particular interest to universities and archives. Broadly defined, orphan films are those that lack an owner or copyright, and their variety seems limitless. One of the more popular types of orphan films is the home movie, where in most cases the filmmakers and subjects remain a mystery. In this they resemble found vernacular photographs, the popular appeal of which has extended well beyond academia.

The Tennessee Archive of Moving Image and Sound has several collections of orphaned 8mm home movies, found online, at estate sales, or at antique or thrift stores. Often they are donated, such as the collection that someone found in a used bureau he purchased. In the past month alone, we’ve acquired several collections that offer a look at an amazing variety of locations throughout the nation and the world.

Except for a few minutes of McGhee Tyson exteriors, all four 30-minute reels of one collection were given to a couple’s 1958 European vacation. They went all out, making the rounds in Paris and the French Riviera, skiing in the Swiss Alps, floating down the Rhine, lingering in London, Amsterdam, and Venice. Another recent acquisition documents a family’s vacation to San Francisco in 1971. It’s interesting to see the photographer’s fascination with views of the sky and landscape from an airplane window. Film wasn’t cheap to shoot or develop then, but more than five minutes are devoted to what may have been this person’s first time in an airplane. A quick cut takes us from an aerial view over snow-covered mountains to a baseball game in Candlestick Park. Then follows the typical images you’d expect from a tourist in San Francisco: streetcars, Alcatraz, the Golden Gate bride, the bay. All are familiar sights, but from a new view. Another reel from the same family documents a road trip to the 1965 Girl Scout Roundup in Idaho, and that same fascination with travel is apparent, as minutes of Western landscapes whiz by outside a car window.

Road trips are a common subject of home movies. A 1952 film at TAMIS shows a middle-aged couple traveling throughout the eastern United States. They stop at several factories—Morrell Meats in Cincinnati, the Studebaker plant in South Bend, Ind., and the Iowa Steel and Iron Works—so one might speculate the husband worked in some factory-related industry. The 30-minute film is a minor wonder, not least for the images of downtown Knoxville shot through their windshield as they travel down Gay Street and then continue on to Oak Ridge.

Several reels of 1950s-era film found in LaFollette offer an entirely different kind of road trip, as a group of friends’ vacation out West suddenly turns into an antelope-hunting expedition that’s frankly difficult to watch for the more squeamish of us. The same reels offer more familiar images—lounging on a houseboat, fishing, bucolic nature shots, and an office Christmas party.

You don’t have to watch too many home movies to realize most people tend to film many of the same things. Footage from the Smoky Mountains can start to look remarkably similar—the multitude of images of the monument at Newfound Gap, starting with President Roosevelt’s dedication of it, filmed by Jim Thompson. Group shots at lookouts are a given, as are mountain picnics and bears. You can see a lot of Christmas presents being opened in home movies.

A cynical person might argue that advertisers have marketed a world in which we all seek to replicate moments that we’ve seen on television or in magazines, experiences that make us feel part of a shared culture. But the impulse to belong was present in society long before advertising came along to take advantage of it. Affordable motion-picture cameras allowed people to capture images of shared moments. The novelty and excitement of a middle-class family being able to do this shouldn’t be forgotten in the digital age. But take a look at your friends and family’s Instagram and Facebook accounts, and you’ll likely see it’s no less exciting to visually capture, say, the changing of the guard at Buckingham Palace in 2015 than it was in 1958. There’s something reassuring in shared curiosity and experience.

Having said that, every film is unique, and each contains something you’ve never seen before. In San Francisco, a group of Hare Krishnas chant while workers manually turn a trolley around, and a scowling young woman in a rainbow-colored crocheted sweater walks in front of the camera. In Geneva, a quick, stolen shot of a man on a rooftop putting on pants. In the Smokies, in 1946, a couple stands on a long-forgotten tree bridge, looking down at the river below, and a group of Native Americans in street clothes gather outside the post office in Cherokee, N.C., while a man in a headdress bangs a drum at a tourist shop nearby.

One brief film opens with the numbers “1942” hanging above a chimney, then a cut to a Christmas tree. A young woman walks down a stairwell to open the front door. It is, we assume, her husband, in uniform. They sit by the tree as he gives her a watch. Then they move to the couch and flip through a book together. The whole thing is staged, filmed as an approximation of what probably actually occurred shortly before. That’s what the young couple’s beaming faces suggest, at any rate. They cannot stop smiling and laughing. Who are they? Has he come home from the war, or will he soon be leaving for it? We’ll probably never know, but we can still be moved by this film.

It’s inevitable that you try to imagine what the lives of the people in these films might have been like. Sometimes you project stories on them. Given the chance to watch home movies with the people who shot or appear in them, however, you find you’re almost always wrong. Reality is always much more complex and interesting than what you’ve imagined.

But many people in the older films have since died, and their families may never know what became of the movies in which they star. We are grateful to be able to provide them a home.