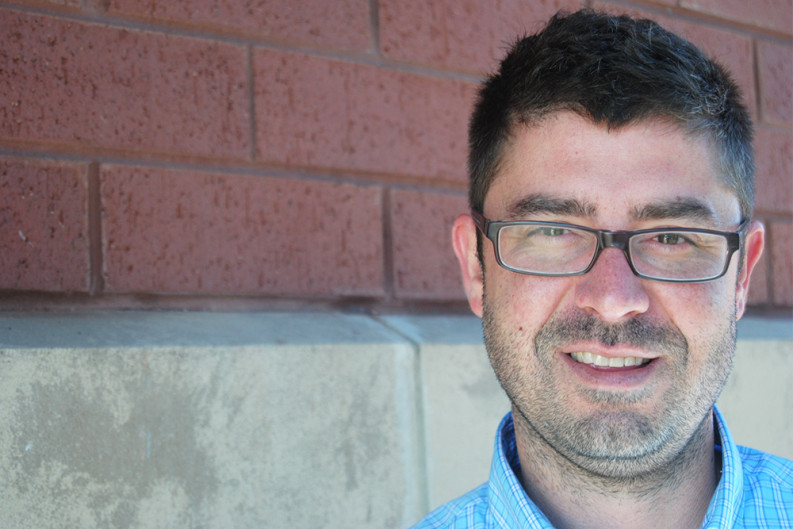 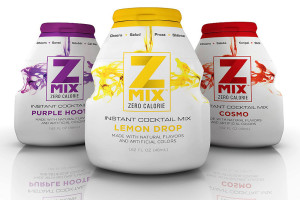 As president of Zmix, a Knoxville-based company that sells low-calorie cocktail mixer concentrates, Augustine Gattuso is succeeding with a just-for-fun product for those who like to party.

And yet he views himself as more of a business guy, a grinder, a serious salesman—an outlook he developed as an econ major at University of Tennessee graduating in 2005, followed by years as a financial advisor with Hilliard Lyons and Capital Financial Group.

“Starting Zmix was a sheer business decision,” he says. “We looked at the popularity of water enhancers and asked, ‘Why isn’t anyone doing this for alcohol?’”

When he and three friends began a business, originally named Seismix, to fill the gap about two years ago, Gattuso didn’t have any grocery store or alcohol experience. “But other members of the team did,” he says. “And we’ve been able to work with some amazing consultants who help us with all of the flavor designs.”

The zero-calorie mix, sweetened with sucralose and acesulfame potassium, comes in three flavors: Cosmo is cranberry, orange, and lime-flavored; Purple Hooter black raspberry and lime; and Lemon Drop has lemon and citron. Each is designed to flavor 1 or 2 ounces of alcohol. “This is where we’re different,” says Gattuso. “Most water enhancers are formulated to be mixed with 8 ounces of water, and aren’t recommended for use with alcohol.”

Gattuso grew up in a small family in East Tennessee, his mom working in Oak Ridge. “My dad owned restaurants,” he says. “So I got to be around small business a little coming up.”

If his father hadn’t died when Gattuso was 10, he says, he would doubtlessly be in the restaurant business himself. “There wouldn’t have been a choice,” he says with a laugh.

But he’s perfectly happy with this choice. “It is very, very fun, partly because I am working with friends for the first time,” he says. “I do think that is the only reason anyone would do this—the hours, the selling, the details you never imagine you would need to work out. I can’t imagine anyone doing this if they weren’t having a good time.”

With his typical light tone and mild manner, Gattuso admits he’s had the entrepreneurial bug a long time. “I always knew I’d grab that opportunity at some point,” he says.

His first foray was a company that received funding for an Internet application in 2011. Now, Zmix. He says the years of commission-based work have really helped him in his current role. “In both cases, the only money coming in is what you sell, so for me it wasn’t as much of a shock.”

As an entrepreneur, selling “feels like it’s kind of all the time,” he says with a laugh. “This is different from working at someone else’s company, because you feel like you are always ‘on.’ You don’t really get to turn off at 5 o’clock.”

The first solid indicator that Zmix was going to succeed came when a marketing company ended up taking an equity stake in the company. “We all thought, ‘I guess this idea does have legs! This is pretty cool,’” Gattuso says.

Their progress has been steady. They sold to their first liquor distributor right here in Knoxville, B and T, and are now up to four distributors and around 130 liquor and convenience stores, along with online sales. They recently earned status as a Prime product, meaning Amazon Prime members can order Zmix online without paying for additional shipping. They appeared in Cheers! magazine in June and were voted Readers’ Choice New Product of the Year for 2014 by readers of Beverage Industry, garnering 40 percent of votes.

All of the recognition and strides have been wonderful, says Gattuso, but he would never want to leave anyone with the idea that an entrepreneur succeeds with one fell stroke of genius—or luck.

“It’s a lot of ride-alongs,” he says. “We get out in the stores and sell right alongside the distributors. There was never a magic bullet, no ‘yesterday we had five stores and now we have 100.’ It’s a grind. Even having five distributors doesn’t guarantee that those distributors will show Zmix to their stores. We have to be there, have to be a squeaky wheel.”

A lot of creativity goes into the mixes, and keeping up the party-crowd public interest on social media with recipes like the one for a French margarita with tequila, pomegranate juice, and squirts of both the Purple Hooter and Lemon Drop Z-mixes.

Gattuso laughs at the idea of inadvertently releasing proprietary information to competitors.

“I don’t really worry about our ideas being stolen, because I know how difficult it is to bring this idea to reality. It someone else wants to try, I’m fine with that!”

As for plans to go public?

Gattuso answers that in his trademark low-key style. “Oh gosh, that’s so premature. I wouldn’t even know where to begin.”

Five year plan? “I can’t begin to think in terms of a five-year plan. But our five-day plan is business as usual. The five-month plan is to be in a better place then we are today, to continue growing the company. If we could add Knoxville employees some day, that would be amazing.”

His plan for tomorrow?

“We will wake up and we’ll be making our phone calls and sending our emails—the same thing we do day in and day out.”

He’s just as self-deprecating about paying forward the mentoring Zmix partners have received from the Knoxville Entrepreneurial Center and other supporters and coaches. “I wouldn’t say I’m qualified yet,” he says. “But I’ve certainly had meetings with others who have questions about starting a business, and I’m always available to anyone who wants to sit down or any local cause that could use our support.