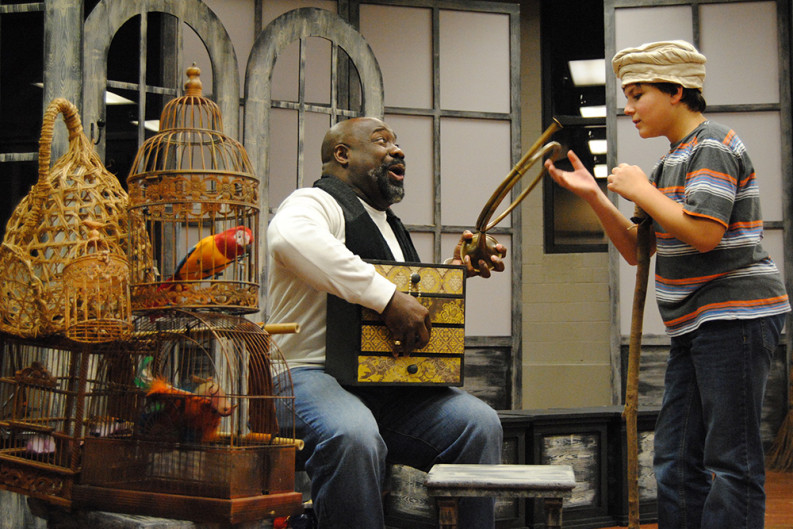 It has been barely two and a half years since I first wrote about the birth of Marble City Opera, its inaugural production of The Face on the Barroom Floor, and the founders’ intention to produce chamber opera to “define and add a sorely needed layer to Knoxville’s already diverse music and performance scene.” While that initial effort could have been a one-and-done—as many similar efforts often are—the opposite has happened. The company has attracted dedicated audiences for its productions and has succeeded in developing a pool of local singers and instrumentalists. And, perhaps even more importantly, the company has attracted financial support from those who believe in both the real and symbolic importance of a diverse arts scene to Knoxville’s downtown revitalization.

MCO’s productions have followed the basic definition of chamber opera—smaller-scale works, often contemporary, and often in nontraditional performance spaces. This weekend, the company tries out yet another space, the nave of downtown’s St. John’s Episcopal Cathedral, and one of the contemporary classics of chamber opera, Gian Carlo Menotti’s Amahl and the Night Visitors. This production will be MCO’s ninth in seven different venues since the company began.

Originally commissioned by the NBC network and produced for a live Christmas Eve television broadcast in 1951, the one-act Amahl and the Night Visitors became quite popular throughout the 1950s and early ’60s through repeat telecasts. However, due to a disagreement between Menotti and NBC over the conditions of a 1963 telecast, it disappeared from television in the U.S. after 1966, when NBC’s performance rights expired. As a result, the opera’s visibility and popularity with a mass audience waned, but it has remained a favorite family-oriented production of many chamber opera companies.

Menotti’s libretto mixes the folk legend of the fabled three kings—Kaspar, Melchior, and Balthazar—with a nod to the biblical story of the unnamed Magi of the New Testament’s book of Matthew. In the story, the three kings, on their way to visit an unnamed “child of wonder,” stop for shelter at the home of an impoverished, crippled shepherd boy, Amahl, and his mother. In the course of offering his only possession, his crutch, as a gift to the child, Amahl is miraculously healed and leaves with the kings to visit the child himself.

This production sprang from an ongoing conversation between MCO artistic director Kathryn Frady and Knoxville composer Jason Overall regarding a possible future project. When Overall became the music director at St. John’s, in 2014, he proposed the idea of a free December production of Amahl and the Night Visitors as a part of their Cathedral Arts Series.

Because St. John’s is MCO’s largest venue to date and has subsidized the production, Amahl may mean a lot for the company’s future in terms of visibility and reputation. “It’s a big leap for Marble City Opera in more ways than one,” Frady says. “I know it will give us a bigger audience and allow us to reach new people we haven’t reached before.”

Expanding the audience for a chamber opera company is no small achievement. It depends, not surprisingly, on fundraising and finding suitable theatrical venues. Frady believes the template for the future may already be in place.

“What we did last season was a lot of fun,” she says. “In my dream world, we’d do a world premiere followed by a more traditional opera in an untraditional way, in an untraditional space. Then we’d do a piece like Amahl, written in the 20th century, that doesn’t get performed by larger companies due to its smaller scale.

“I think this is a really cool way to engage an audience in not just what we do, but in what Knoxville Opera does, what UT Opera does. Ultimately, that’s what I hope Marble City Opera does—help the art form to survive.”

Later this season, MCO has lined up the professional premiere of Sweets by Kate by Griffin Candey, for a late spring or early summer performance.