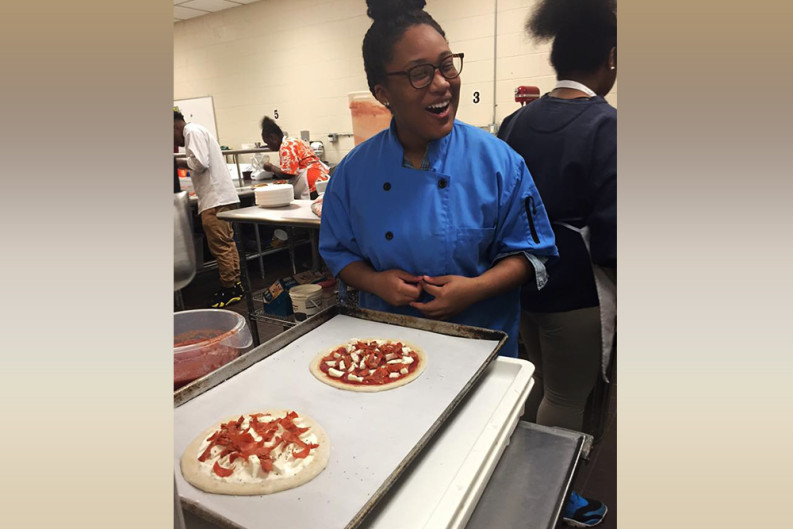 A restaurateur lives amid chaos—if you’ve ever peeked into a busy kitchen at prime service times, you’ll understand. Nowadays, in addition to the time-honored food-service trials of endless personnel turnover, ever-shifting food trends, and mountains of dirty dishes, the modern restaurateur shoulders yet another series of challenges. In this era of increasing awareness of nutrition and the food supply chain, many restaurants and chefs have also become shepherds of social consciousness.

On the global level, British celebrity chef Jamie Oliver has made waves with his campaign for better food in schools and is well known for his charity restaurant Fifteen, in which he trains the young and disadvantaged to work in the service industry. Locally, when Tupelo Honey came to Market Square in 2012, among their first announcements was a collaboration with Beardsley Community Farm to help educate students about good food and how it comes to table. 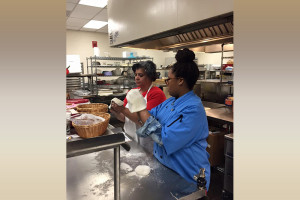 This fall, another notable restaurant couple jumped into the business of good works with both feet. Alexa and Paul Sponcia, owners of Hard Knox Pizzeria, inaugurated an effort to supplement the Culinary Arts Program at Austin-East Magnet High School to bring local chefs into the school’s kitchen. The genesis of the program is rooted in the Sponcias’ passion about contributing to their community and lending a helping hand to urban youth.

“My husband and I are very involved with Austin East and Fulton. I have a big heart for that side of town, I could live over there, do everything over there,” Alexa says. “So we started a program called YEP—Young Entrepreneur Program—and we’re working with Project Grad at Fulton and Austin East.”

The YEP effort brings local entrepreneurs and business leaders into the participating schools to help students understand the process of envisioning and creating business opportunities. As she developed the YEP idea, Alexa visited Austin-East where she talked with the school’s Project Grad overseer, Tanisha Fitzgerald-Baker, about the culinary program there.

“I left there thinking about ‘How do I help these kids?’” she says. “How do I help them get connected into the Knoxville restaurants and food-service community? How do we get local chefs to come in to teach their specialties? So I called some friends, some chefs, and they said absolutely, tell me when I need to be there.”

She informally calls this initial program the School of Hard Knox, and Alexa’s goals for it aren’t specifically related to recipes.

“Really, it’s not always about the food—it’s about relationships with the kids,” she says. “Some may want to work, some may not want college, so how do we educate them in a different way? Most restaurant owners are super creative, all over the place, and most of the time entrepreneurs aren’t A students. I love the idea of giving hope, that we care where they are—how can we connect?”

Part of what drives the Sponcias arises from what they perceive as a cultural and geographic division in Knoxville that they hope to bridge.

“[This program] is a connection from West Knoxville and Bearden to past Hall of Fame Drive. We could look it as a good funnel—these kids want to be in the culinary program and every year these chefs are coming in and meeting them. It’s [a way] to break the gap…

“We’re getting local entrepreneurs and business leaders from this side to go and teach these kids. And create relationships. That’s really our heart—it’s not about a job or if we can show them to toss dough. It about how can we love them really well and give them hope.” 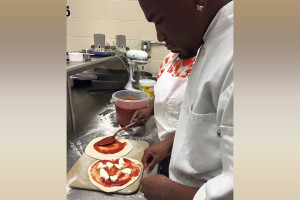 For now, Alexa is keeping the program simple with two classes per month. And it’s not just a Hard Knox project, either; Holly Hambright of Holly’s Gourmet’s Market (among other businesses), Plaid Apron’s Drew McDonald, and Hope Coslet-Ellard from Simply Southern Catering have all agreed to participate.

Alexa hopes that next year more chefs and restaurants will volunteer for what she describes as “an easy commitment. We’ve started slow on purpose. I’m a big believer in that it needs to happen organically. I want to get feedback from the other participants and see what we can do better. We’ll take all that [feedback], and maybe next year will be a little more structured.”

Even as she envisions a more structured program, Alexa’s conversation returns to an idea that owes a lot to the work of Mother Teresa and her insistence on helping people as individuals instead of building institutions to deal with masses. More than once she says, echoing the words of the soon-to-be-saint, “If we could change one life, it would be worth it.”