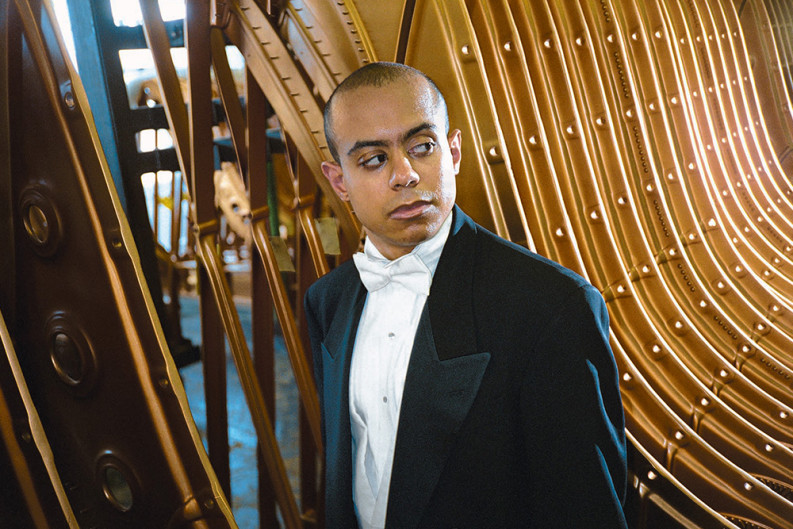 And the plot thickens. The appearance of guest conductor Shizuo “Z” Kuwahara last weekend marked the second of six monthly Masterworks Series pairs by the Knoxville Symphony Orchestra that are serving as auditions for the position of music director of the orchestra. With the orchestra currently performing at historic top form, it is becoming apparent to KSO audiences that differentiating between candidates will involve progressively finer and finer shades of musical discernment. It is also becoming apparent that the selection of the next music director may be as much about the psychology of communication as about strict musicality—how fluidly the conductor and orchestra arrive at ensemble excellence, and how the personality of the music is communicated to the audience.

Kuwahara does deserve top marks for selecting an intriguing program—in this case, all Russian composers—that ran the gamut of style, texture, and familiarity. The opening selection was a 1963 work by Rodion Shchedrin, probably never heard before in Knoxville: the Concerto No. 1 for Orchestra, known as “Naughty Limericks.” This amusingly addictive piece mixed folk music textures with jazz flavors and rhythms, with a hint of mid-century expressionism. Rachmaninoff’s Symphony No. 3 in A minor, a work less familiar to audiences than his Symphony No. 2 but one of inventive melodies and gorgeous orchestration, wrapped up the evening.

Despite the jazzy excitement of the Shchedrin and the satisfying musical journey of the Rachmaninoff, the headline of the evening belonged to guest pianist Stewart Goodyear performing Tchaikovsky’s Concerto No.1 for Piano and Orchestra in B-flat minor. Goodyear is certainly not a conservative performer; listeners used to traditionally staid performances of this familiar concerto may have been startled by his jackhammer-like tempo and explosiveness in fortissimo moments. Goodyear, however, knows the concerto intimately well (he has recorded it along with the Grieg piano concerto on the Steinway label); he knows how to wring top volume from the piano with brilliant clarity; and he excels at juxtaposing luscious intimacy with that power, such as in Tchaikovsky’s sparkling, bell-like runs. And apparently he also realized that a Knoxville audience would not only luxuriate in the consummately phrased passagework, but also be receptive to a boldly entertaining and charmingly different dramatic performance.

Unfortunately, Kuwahara may not have been as big a fan of Goodyear as the audience. The conductor and pianist lost togetherness in several places in both the Thursday and Friday evening performances, indicating some degree of unresolved struggle over interpretation. Similarly, Kuwahara was less than precise in some orchestral entrances, although one might graciously file that issue under lack of familiarity between guest conductor and orchestra.

Goodyear rewarded the audience with an encore from a recently released CD of his own piano transcriptions of Tchaikovsky’s ballet The Nutcracker—in this case, the Russian dance “Trepak.”

The opening Shchedrin, with its rhythmic complexity, driving tempo, and smörgåsbord of instrumental flavors, was strikingly rendered by Kuwahara and orchestra. A rapid accelerando at the end of the piece was cleanly executed, revving the audience toward that humorous final chord, and practically guaranteeing a chortle or two.

The Rachmaninoff Symphony No. 3, from 1936, which closed the program, owes much to the heritage of Tchaikovsky, yet also reflects in themes and textures his then 19 years of absence from Russia. This performance was superb in revealing those textures from KSO players, including gorgeously warm bassoons in harmony, muted horns, harp and flute assertions, chattering trumpets, tang and mellowness of oboe and English horn, and delicious string statements.

Possibly hoping to one-up Goodyear’s encore, Kuwahara offered an extra as well, the orchestral version of the same “Trepak” dance from The Nutcracker.

It has always seemed a bit odd, but Knoxville’s classical music scene has generally gone on hiatus after Thanksgiving in the assumption that audiences and local musicians were just too busy with other December doings. In truth, listeners have been wanting more, and KSO heard them. New this season to the KSO schedule is a Sunday-after-Thanksgiving offering in its Chamber Classics Series at the Bijou titled Classical Christmas. KSO resident conductor James Fellenbaum has chosen a range of Christmas/winter music, ranging from the 18th century of Corelli, Handel, Bach, and Mozart to the contemporary world of John Rutter and a host of modern arrangers. The Knoxville Chamber Chorale will be joining the KSO Chamber Orchestra.