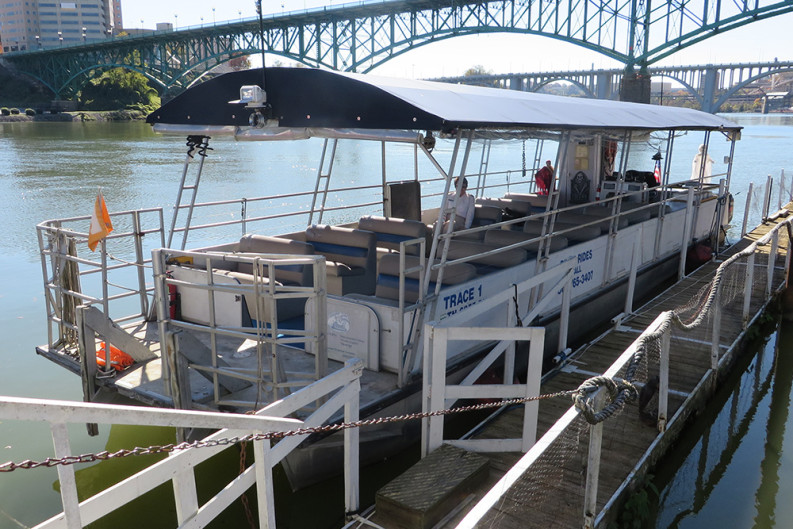 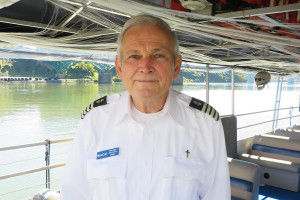 The forward section of the small passenger boat floats idly away from the dock, its engine off while the captain waits for passengers to return from the big game. After more than half an hour, a handful of customers arrive at the docks near Calhoun’s On the River. They had purchased their round-trip tickets from Capt. John Farmer before kickoff and now, with the University of Tennessee-South Carolina game over, they are going back home for the night.

Farmer’s water ferry, the Trace 1, makes this journey several times a day on football game days. Last year, when Farmer was still operating his boat as a water taxi, he would be on call to pick up passengers from their docks to take them from one end of the city to the other—much like any regular taxi on land. But now he abides by a set schedule to qualify as a ferry instead, only traveling between City View, the South Knoxville bridge, and Rivertowne docks.

Last year, Farmer ran into some difficulties when city authorities learned he did not have a “vehicle for hire” license, despite running NavCal Marine Services, LLC, since 2008. Upset over the rules required for such a license, Farmer changed his boat to a ferry rather than a taxi.

But he’s found the ferry business not as profitable as the water-taxi business, so Farmer says it is easier for him to close his operation rather than be licensed by the city of Knoxville. His last day is Nov. 28, the UT-Vanderbilt game.

The regulations concerning water taxis are unclear as the “vehicles for hire” ordinance focuses on cars rather than boats, and the city does not specify which rules—such as those for seat belts and odometers—will or will not apply to vessels such as his, Farmer says. While the ordinance has a catch-all provision requiring vehicles for hire to comply with all relevant rules, Farmer says as the regulation was not written with water service in mind, he should not have to obtain a license or be inspected by the city. He first learned about the discrepencies last year when he had a miscommunication with some police officers over a docking issue. They asked for his taxi license, and of course he didn’t have one—so he was told to go by the police station to settle things.

“I went up to the police station and I said, ‘I don’t see that we should fall under this, everything there relates to streets. Absolutely nothing relates to the waterway,’” Farmer says. “I can see the need for taxi regulations, because they’re not regulated in other ways. But since we’re so heavily regulated by the Coast Guard, I really don’t see a need for water taxi regulations.”

While the ordinance was mainly written for cars, all vehicles for hire in the city must still obtain a license, show proof of insurance, and be inspected by the city, says city of Knoxville attorney Crista Cuccaro. But she adds that the ordinance’s requirements are not considered one-size-fits-all.

“If there’s something that is very clearly applicable to an automobile, we’re not going to try and fit a square peg into a round hole as far as making it all still apply to a boat,” Cuccaro says.

City of Knoxville spokesman Eric Vreeland says the city welcomes new businesses and even has a designated official to guide them through local ordinances.

“I don’t think in general that we want to be a barrier to any business operating here,” he says.

Nevertheless, Farmer and his wife and business partner, Jeanette, have chosen to close the business rather than work with the city—and it was not an easy decision, they say. Jeanette Farmer says it helped their marriage and brought them closer together through their love for the water.

“My husband was a workaholic in his younger days,” she says, “And I’ve got a chance to be with him and work with him and enjoy his interests.” 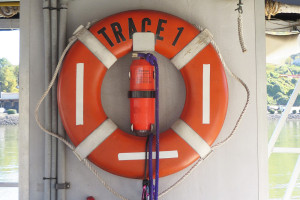 Their boat has been chartered for days-long trips to Chattanooga and throughout the Tennessee River system, giving customers a unique way to experience the state. Even when navigating bad weather or avoiding dangerous boaters, Farmer says his priority is always for the customer to leave blissful.

“There’s a large feeling of accomplishment when you come to the end of a cruise and everybody’s happy,” Farmer says, “And they don’t have any idea what you may have had to go through to make it a successful cruise.”

The Farmers’ unique business covers a lot of territory on the river, from distributing funeral ashes to organizing history cruises and hosting dances for college groups. John Farmer even sees wedding proposals, and as an ordained minister, has offered to perform the services immediately.

But since the boat became a ferry, their average ridership on game days dropped from 150 passengers to 20-25. With the decrease, Farmer says he cannot afford to keep his business open.

Although NavCal is ending, that doesn’t mean the Farmers are leaving the water anytime soon. They are building a towboat and half-barge, with the goal of taking customers throughout the region. He is still deciding if the boats will take either tourists or cargo, but he will be traveling throughout the Mississippi and Tennessee river systems.

While the South Knoxville Waterfront Development Plan calls for water taxis, it is unclear if any company will replace NavCal and take regular passengers across the river.

However, that leaves NavCal customers like Christopher Cook, a resident at City View at Riverwalk, to fight through congested street traffic just to eat after a football game.

“Imagine taking a hundred rats and telling them to run to get a piece of cheese,” Cook says. “There’s not much room for anybody to go, and [Henley Street bridge] is only so wide. Put some people on this [boat].”