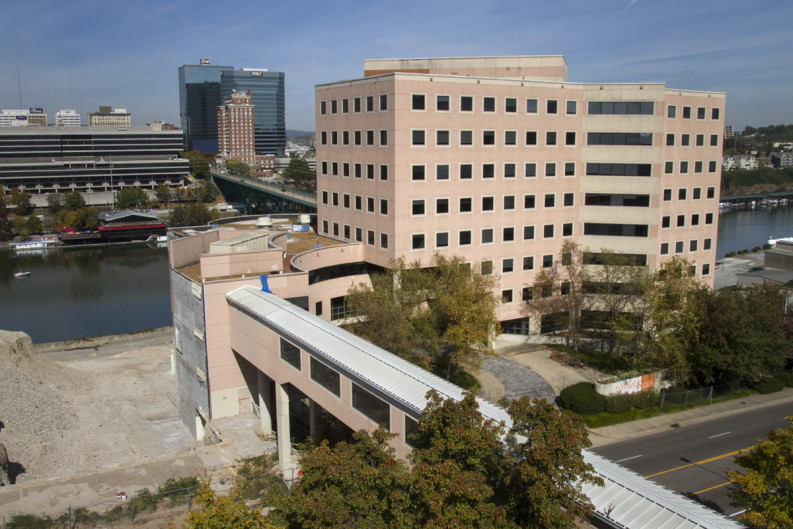 It’s impossible to decipher some motivations from a trove of Knoxville city officials’ emails detailing months of negotiations with Regal Entertainment Group to move its corporate headquarters to the South Waterfront, but one thing is clear: Both Regal and property owner Southeastern Development Associates earned a much sweeter deal after tax dollars became involved.

The negotiations, code-named “Project Hollywood,” kicked off in earnest this past February after city officials, including Mayor Madeline Rogero, pitched the basis for an incentives package to Regal executives—this just a few months after separate negotiations stalled between Regal and property owner SEDA, then called Blanchard & Calhoun Commercial. The city’s proposal—ironed out over nine months of back-and-forth between city staff, the Knoxville Chamber, and top SEDA and Regal officials—includes several millions more in incentives for Regal to stay in Knoxville, according to more than 400 pages of emails released Monday in response to a public records request from the Mercury.

While still pending approval, the city of Knoxville has agreed to pay $9 million to buy the 178,000-square-foot former medical building and make renovations. It will then lease it to Regal rent-free for an initial 10-year term. (Regal will pay property taxes equal to the improved value of the building during that time.) Knox County and the state of Tennessee have backed the plan with $1.5 million each, and SEDA will put $500,000 toward exterior improvements to the building. The Tennessee Valley Authority will contribute $80,000. Regal would be responsible for covering any remaining costs, estimated at $4-$5 million.

SEDA and Regal had been working on a similar deal, records show. A draft letter of intent in December 2014 outlined a potential sale price as low as $4 million for the building, with SEDA also contributing $2 million towards renovations, but the companies never reached an agreement. The city later agreed to purchase the building for $6 million, a figure hammered out during negotiations and not based on an appraised value, says Bill Lyons, Knoxville’s chief policy officer. SEDA had purchased the entire 23-acre former Baptist Hospital property in 2013 for $6.25 million.

“Unfortunately, there wasn’t an official appraisal of which I am aware, but there was some logic behind that $6 million figure,” Lyons says, noting those terms were worked out by former city redevelopment director Bob Whetsel, who has since retired. “Given everything, that seemed to be a reasonable price for the city to pay.”

According to the official narrative, the robust $12.5 million incentives package was necessary to keep Regal from relocating its 325-person workforce to another city in another state. The company will have room to potentially add up to 75 more positions once in its new digs. Announcing the deal in October, Mayor Rogero said Regal was “being courted” by some other municipalities, and a draft announcement attached to one of the many emails made public this week says Regal was considering four specific offers to move elsewhere. But those words were removed at the request of Regal executives, and other Regal emails mention possible plans to make improvements to their offices in Halls, raising the question of whether Regal ever intended to leave Knox County, where the company was founded in 1989.

But Lyons stresses that Regal is a valuable company to have around, and as its ownership stake shifts away from local Knoxvillians it may not have the same long-term commitment to the area.

“There was a clear realization that they were not going to stay in their current location in the long term, or even the medium term,” Lyons says “They’re sought after, and we know that.  We want Regal to stay here, and having them downtown is an optimal outcome.”

Internal documents peg Regal’s annual payroll at $38 million, which could increase to $47 million yearly if 75 new employees are added. That’s an average employee salary of about $79,000, not including bonuses, stocks, or dividends—money that’s staying local under the deal.

Renovation work on the building could have an economic impact of more than $27 million, according to an analysis cited by the Knoxville Chamber. Remodeling each floor of the nine-story building will cost between $480,000 and $685,000, with the top-floor executive suite coming in at just over $900,000.

According to emails, some state officials worried about delivering grant money directly to a for-profit company, but those concerns were abated by funneling the money through the Industrial Development Board, a local agency that will retain ownership of the building and act as landlord on behalf of the city of Knoxville.

Negotiations between Knoxville officials and Regal representatives became contentious at times, with months of back-and-forth continuing into late October, just days before the Oct. 28 public announcement. Knoxville Chief Operating Officer Christi Branscom expressed her frustration in an email on Oct. 12 after a new round of proposed revisions from Regal.

“It seems really late in the game to be renegotiating some of these terms in the LOI (letter of intent),” Branscom writes. “Several items that Regal proposes to change are the terms we used in convincing the Mayor, the state and county to participate. By ‘we’ I mean both me and Rhonda Rice at the Chamber.”

Knox County Commission has voted in support of its $1.5 million piece of the puzzle, but the plan must still earn the approval of the Knoxville City Council and State Funding Board. Calls to Regal and SEDA were not immediately returned Tuesday afternoon.

Read all the emails we obtained regarding the city’s negotiations with Regal Entertainment Group right here.