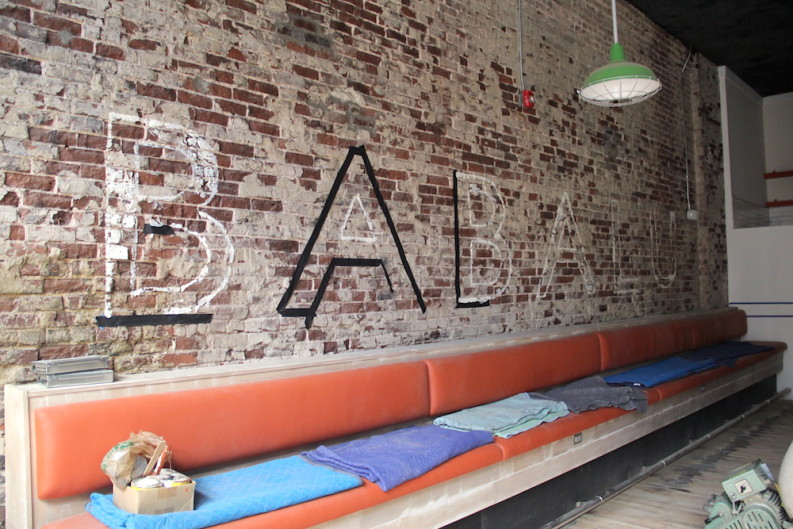 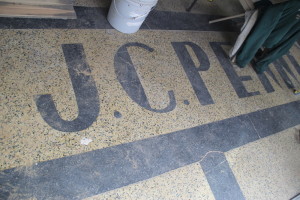 While it’s been good to finally see the facade of the J.C. Penney Building revealed again after years of scaffolding and construction, it’s not just a pretty face—behind its front wall is a remarkable reclamation of a building that many folks thought was a total loss. But with the imminent opening of Babalu Tacos & Tapas, the 5,000 square feet of its first floor are ready for showing off; Lord willin’ and if the Certificate of Occupancy arrives on time, sometime on or about Nov. 23 the public will be able cross that threshold for the first time in decades.

This is the fourth location for Babalu, a regional group of restaurants that started in Jackson, Miss., and features Latin-style cuisine in a small-plate format. Another distinguishing characteristic of the company is its interest in inhabiting older buildings rather than constructing new ones.

Fowler was in Knoxville on Wednesday, visiting the new location with Mary Sanders Ferris, the company’s creative director, and Babalu chairman Mike Stack. Stack says that Babalu’s interest in restoration projects started with its first location.

“We found a very unique location six years ago in the Fondren area of Jackson, the art deco area. It was an old elementary school,” Stack says. In fact, it was the school where the wife of Babalu’s co-founder, Bill Latham, went to first grade. Since then, Babalu has made a specialty of selecting historic buildings and neighborhoods for new locations.

But this particular project took a lot of love. 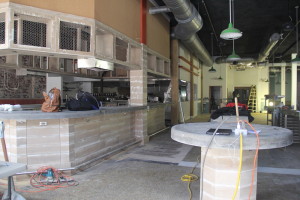 “I think one of the fun things and challenges that Greg [Newkirk, director of construction] and the contractor worked through was that none of the walls were square, none of the floors are flat, and we have a 15-foot ceiling,” Stack says. “So everything you see, duct work, pipes, we brought in. This is 100 percent restoration. And it took a lot of effort and a lot of planning to make everything fit. There’s a 3-inch difference in [the height of] the bar from the front to the back.”

Newkirk points to the entry, noting that “the same thing happens across the front—the doors have to be level to open but you’re dealing with a floor that’s not [level]. The guys who did this storefront did a great job.”

One of Babalu’s design principles is to eschew the notion of making things look brand new. Ferris points down to a patch of concrete between sections of original flooring. “We don’t come back and add matching terrazzo to make it all shine,” she says. “We like it to look like it’s been here, instead of trying to contrive something to match this that’s not really going to match in the end. We just pour in some concrete.” It’s a philosophy that is clearly visible in the remaining part of the J.C. Penny name that’s still inlaid in the floor. “It’s missing a letter, but that’s how we’re going to leave it,” Ferris says. In addition to much of the original flooring, Ferris says that Babalu is also preserving part of the original northern wall of the building.

“When we got in here, before we started putting [new] walls up, there were so many amazing walls and surfaces—but then when you start to lay in the function of a restaurant and kitchen and restrooms and meet code, you lose a lot of original wall surfaces,” she says. “This wall is our last bit of the exterior walls, so we didn’t want to mess with it at all. You can see it has a lot of life—you can see the aging of it, the different plaster work that’s been on it, and how it was originally bricked. We wanted to celebrate that. We found a good sealing method, and we’ve decided to make it our statement wall with our logo.” 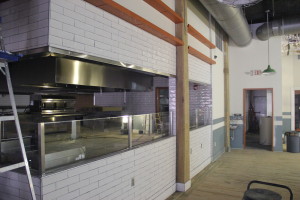 The restaurant features lots of bar seating—including a banquette that runs nearly the length of the exposed wall, and two community tables—along with a large dining area near the rear of the building that’s dominated by a blue wall that will house long chalk boards to showcase the restaurant’s local suppliers. “We work really hard with local farmers,” Stack says.

The kitchen design is open, including a long station that faces the dining room where you can see all the ingredients for the restaurant’s signature snack—guacamole that’s not only made to order but also made at your table.

Babalu doesn’t have immediate plans to make use of the promenade that runs behind all the buildings on that block of Gay, but they will offer outdoor seating along Gay Street, with plans to eventually add an awning.

The team points out many features as we move through the building, including a complex and specially designed drain system to protect their future downstairs neighbors, the bowling alley Marble Hall, from any leaks. Stack is particularly keen on pointing out all the work of the subcontractors, especially the electricians, and the city, too.

“Think about all the wiring that is going on in this place. This restaurant uses about 600 amps—take a look at all this conduit, all this duct work,” he says. “Everything is new. This is a brand-new restaurant inside this 1903 building. The local subcontractors have been great. The city has been delightful to work with. You have a lot of departments, and everybody is coordinated and people have been good at anticipating problems and helping us work them through.” 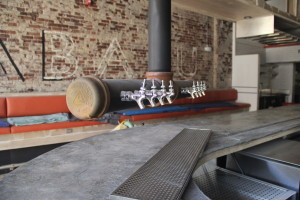 One thing that stands out during this conversation is that Babalu’s is clearly focused on making its outpost a local restaurant—they’re not necessarily trying to design a generic restaurant that could land in any strip mall. It’s not just the delicate job of adapting all the restaurant’s needs to an eccentric old building, it’s also a matter of getting the feel of the neighborhood. And that includes at least one nod toward a popular local theme.

“It’s the first restaurant where we’ll have orange barstools,” Ferris points out.