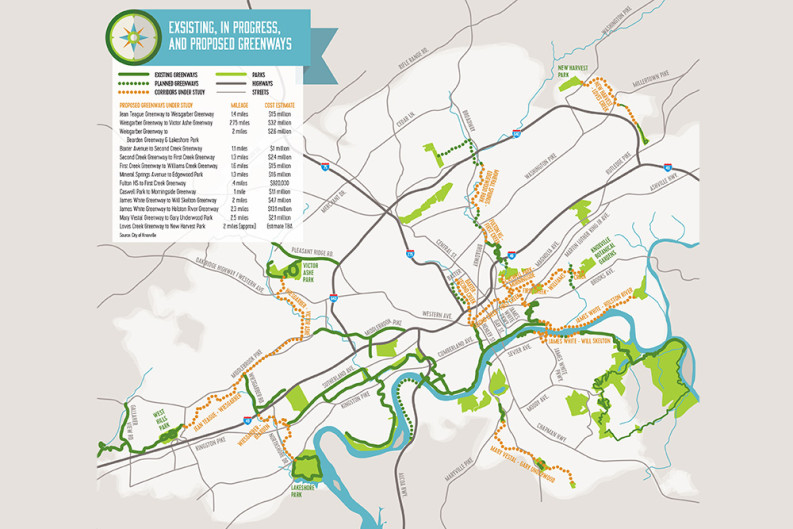 Here’s all the greenways construction action going on now: