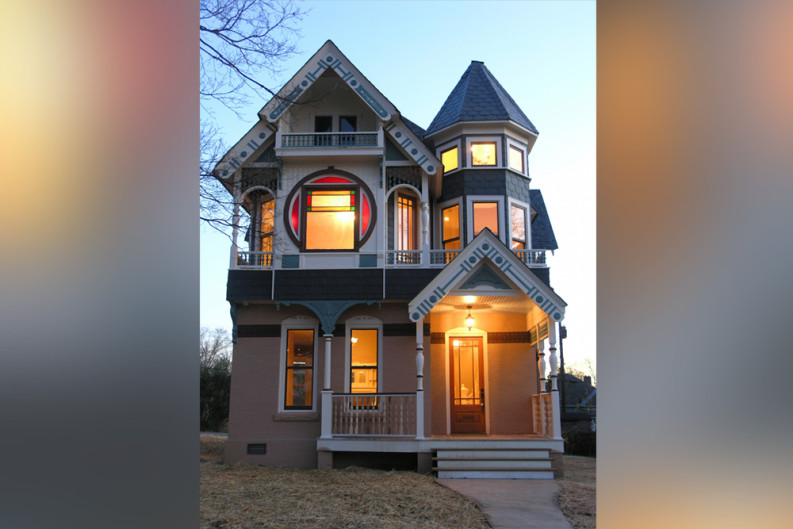 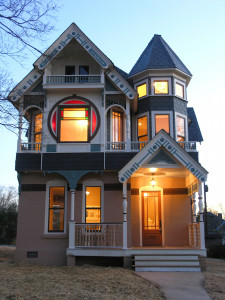 This Sunday, the 25th, is the annual Parkridge Home Tour.

Parkridge is a long neighborhood of almost 3,000 residents between Magnolia Avenue and what’s now Interstate 40, from Winona Street on the west to Cherry Street on the east.

Part of the eastern part of Parkridge was once included in a community called Shieldstown. Knoxville’s first suburban community, Shieldstown was developed in the 1850s, with its own street grid and a distinctive biracial population in the hundreds. It eventually evaporated with little trace, absorbed by a new community called Park City.

Named for Chilhowee Park, Knoxville’s biggest attraction in the era, Park City became especially popular after 1890, when Knoxville’s first electric trolley connected downtown to the park, alongside the developing neighborhoods. (Modern Parkridge is the northern portion of Park City.)

George Barber (1854-1915) is probably the best-known architect who ever lived in Knoxville.

Originally from Dekalb, Ill., just west of Chicago, Barber moved to Knoxville in 1888. He and partners led the development of the area soon to be known as Park City, through a company called the Edgewood Land & Improvement Co. Part of the western portion of Parkridge, north of Caswell Park, is still called Edgewood.

Barber lived most of his professional life on Washington Avenue in Parkridge, and designed many of the houses in the neighborhood around him. He was the father of Charles Barber, who grew up in Parkridge and co-founded Barber McMurry Architects, which is celebrating its centennial anniversary this year.

George Barber was most famous for his elaborate Victorian flourishes. The recent architectural reference book, A Field Guide to American Houses (Knopf, 2013) refers to Barber’s “exuberant spindlework designs.” Barber designed scores of houses in Knoxville, but also designed many across the nation that he never even saw. He was one of America’s first successful mail-order-design architects. Today George Barber houses are prized from Oregon to Texas to Massachusetts.

Parkridge, which contains about 30 known Barber houses, represents the world’s best surviving collection of his work.

Although the city attempted to annex Park City as early as 1891, it was not permanently part of Knoxville until 1917.

It was a thriving community for decades, energized in part by nearby industry like Standard Knitting Mills. Caswell Park became the site of Knoxville’s baseball stadium in 1917.

Around 1938, the Park Theatre was built on the edge of Parkridge. By the 1960s, people from all over the Knoxville area would come to Parkridge to see new releases at the Park.

But by then, affluent families were leaving for more distant automobile-oriented suburbs. The Park Theatre closed in the late ’70s.

A loose neighborhood group began publishing a newsletter in 1980, and the Parkridge Community Organization formed in 1982. Soon after, Kristopher Kendrick began work on a residential conversion of the old Park Junior High School on Bertrand Street, a large 1927 school building he called a “mini-palace.” That upscale condo development was a success that took 1980s Knoxville by surprise.

A major initiative to give the neighborhood historic-overlay protection arrived in 1996, with leadership from Knox Heritage. The Edgewood-Park City Historic District was approved by the Metropolitan Planning Commission and City Council the following year.

Since then, the advantages of historic-zoning conversions and near-adjacency to a reviving downtown have brought new attention to Parkridge, which recently added an eye-catching mural at a common gateway to Parkridge, the interstate underpass on 6th Avenue. The community is contemplating an expansion of its historic district, new signage, and the establishment of its own “downtown” section on the 1500 block of Washington Avenue.

For more information about the neighborhood and this Sunday afternoon’s tour, see parkridgecommunity.wordpress.com.