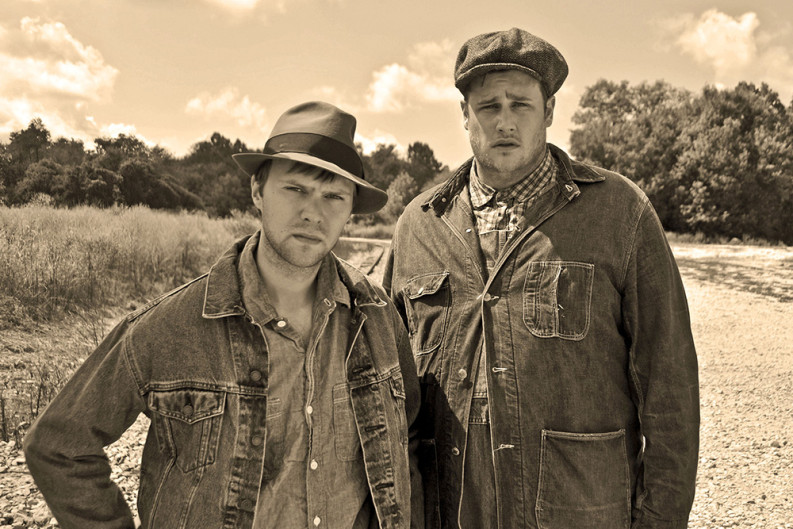 Popularity in the theater can be either a blessing or a burden. Shakespeare rarely suffers for his ubiquity. Neither do Henrik Ibsen, August Wilson, or Tennessee Williams. However, thanks to high-school reading lists, college literature courses, Broadway productions, and movie adaptations, John Steinbeck’s Of Mice and Men is perhaps too familiar, and too easy a story to consume. As a result, the sociopolitical metaphors that flow through the work’s prose often are missed or remain unexplored. In Clarence Brown Theatre’s production of Steinbeck’s adapted novella, which opened last weekend in the Carousel Theatre and runs through Oct. 18, the burden may also be that some important expectations go unfulfilled.

Director Paul Barnes has embraced the abstraction that the Carousel Theatre, by its design, forces on productions. He paints the characters in dusty strokes with the help of a flexible and attractive set design by Ron Keller and clothes by costume designer Marianne Custer. While the play’s pace has moments of intense acceleration at points of crisis, lapses of energy were equally apparent, suggesting that the production had not quite settled into its groove on opening night. On the bright side, I wouldn’t be surprised at all if these basics of timing improve with ensuing performances.

The story, of course, revolves around George (Steve Sherman) and Lennie (Kyle Maxwell), two itinerant ranch hands in Depression-era California. George is restless and quick-witted; he has all the instincts needed for meager survival in Great Depression America. Lennie is quite the opposite—a large, lumbering, simple-minded man who depends on George and dreams of owning rabbits. As the play opens, in a creek bed, the pair is on the run from their previous job, where Lennie’s love for petting soft things—mice and women—had gotten them into trouble.

Unfortunately, the essential give-and-take chemistry between George and Lennie never quite works, making the pair’s alliance even more of a question than Steinbeck intended. The pace of the dialogue seemed erratic, dramatic pauses lacked rhythm, and many of George’s lines came across as recited and stiff rather than developed and motivated.

The remainder of the cast—the men in the bunkhouse, the ranch boss and his son, Curley, and Curley’s wife—reflect different facets of the loneliness that is one of Steinbeck’s major themes. In general, they fared substantially better than the leads in terms of character presentation. Andrew Drake was excellent as Crooks, the stable-tender left alone with his books. Jed Diamond gave Slim, the muleskinner, a dramatic solidity and wisdom. Jay Doolittle was terrific as Candy, the aging one-handed ranch helper. Jeff Dickamore (Carlson) and Preston Alexander Raymer (Whit) were strong as bunkhouse denizens. Knoxville theater regular Joseph Jaynes appeared as “The Boss,” with Joshua Peterson offering up a reasonably detestable Curley, the boss’s bully of a son.

The fact that the one female character in the cast is deliberately unnamed is an interesting aspect of Steinbeck’s theme of dehumanizing loneliness. You don’t need a road map to guess that the woman referred to only as Curley’s wife, a woman yearning for attention and some human connections, will be the catalyst of trouble amid so many other people avoiding connections. Cynthia Anne Roser gave the role a gentle naiveté and wispy vulnerability that was entrancing.

Steinbeck never mentions the real antagonist of his story—the market forces that have created the dog-eat-dog world that George and Lennie inhabit. This production’s real antagonist is timing. There is Steinbeckian poetry here, but in the end, we want a little more of it.

Clarence Brown Theatre’s production of Of Mice and Men runs at the Carousel Theatre (1714 Andy Holt Ave.) through Oct. 18. Tickets are $26-$32. Visit clarencebrowntheatre.com.