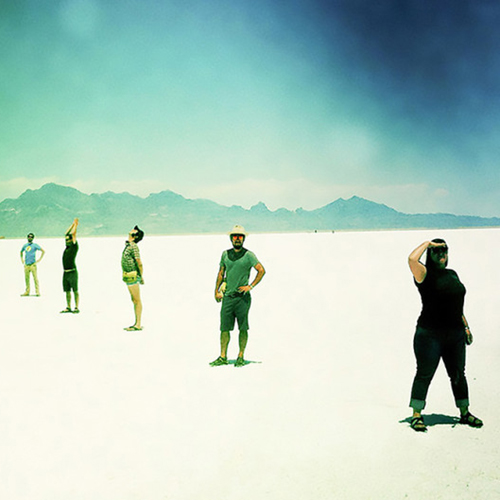 The Black Lillies’ fourth album opens with a big surprise: a funky drumbeat and swampy guitar riff straight out of Memphis or New Orleans that turns into an extended R&B-style juke-joint jam, complete with blasting horn section. That song, the title track to the brand-new Hard to Please, is a dramatic departure from anything the band has released before, and it’s followed by several other unexpected forays into R&B, soul, and rock ’n’ roll—enough, in fact, to count the new album as a whole as a surprising turn, especially for a band at a pivotal point in its career.

The first three Black Lillies albums seemed like a logical extension of songwriter/frontman Cruz Contreras’ years as a bluegrass prodigy and, in the late 1990s and early ’00s, namesake for local major-label casualties the CC Stringband. On those three discs—Whiskey Angel (2009), 100 Miles of Wreckage (2011), and Runaway Freeway Blues (2013)—Contreras and the band felt their way around the familiar intersection of folk, country, and rock. They did so with increasing confidence and finesse, though, and near-constant touring, independent chart success, AAA airplay around the country. Support from Rolling Stone and the Grand Ole Opry had the band poised for breakout success.

But early 2015 found the Black Lillies in a tough spot. Longtime members Tom Pryor and Robert Richards left the group, amicably but suddenly, and Contreras was facing a scheduled recording session in Nashville with no songs and only three-fifths of a band. Following a two-week cram session to write new material, Contreras and producer Ryan Hewitt recruited bassist Bill Reynolds (of Band of Horses), pedal steel player Matt Smith, and 20-year-old Nashville guitar whiz Daniel Donato to join Contreras, drummer Bowman Townsend, and vocalist Trisha Gene Brady in the studio. (Sam Quinn, Mike Seal, and Jonathan Keeney have since joined the band as full-time members.)

It’s probably not surprising, then, that the resulting album is different than anything the band had done before. Still, it was hard to see this specific foray into Southern soul and R&B coming before “Hard to Please” was released in July. Besides “Hard to Please,” there’s the sultry slow burn of the Stax/Muscle Shoals ballad “Mercy,” the Sun Records-style scorcher “40 Days,” and the Motown-inspired “The First Time.” There are other departures, too—the influence of Fleetwood Mac is apparent on the long coda of “That’s the Way It Goes Down.” Meanwhile, “Broken Shore,” a song inspired by Contreras’ grandfather’s experience in the Pacific during World War II, channels Richard and Linda Thompson. And there are, of course, familiar Black Lillies folk ballads (“Desire,” “Bound to Roam,” “Fade.”)

Does it work? It’s hard to argue with Hard to Please—Hewitt’s oversight and the contributions of Donato and Reynolds help push the Lillies’ standards higher than ever before. Many fans will likely embrace the band’s R&B digressions, though I’m not sure they’re the best showcase for the Black Lillies’ talents. Instead, it’s the two most straight-ahead country tracks that really stand out on Hard to Please, ”That’s the Way It Goes Down” and “Dancin’”—two songs that sound like the next step from Runaway Freeway Blues. The experiments are nice, but I suspect they might be a diversion from the band’s real path.