They may not have had opponents in Knoxville’s Sept. 29 primary, but let’s meet them again anyway! 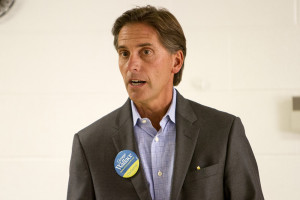 Age: 56
Family: Married, one son
Neighborhood: Bearden
Experience: Knoxville city councilman since 2011
Education: B.S. in Agriculture, University of Tennessee (1981)
Years in Knoxville: 56
Community/Boards: Knoxville Area Association of Realtors; East Tennessee Veterans Memorial Association; Metro Drug Coalition; Williams Creek Golf Course; Knoxville Beer Board; Cedar Springs Presbyterian Church
Last Book Read: “It’s called Crucial Conversations (by Kerry Patterson, et al.), and we read it as a management team at my company. It’s about how to have life’s crucial conversations, be it with a friend, a spouse, a worker, or whoever. I learned practical examples from the management standpoint about the dynamics of a conversation and how to move through that conversation in a way that gets the best results.”

George Wallace says his background in business and the nonprofit world stoked his interest to run for Knoxville City Council back in 2011, and barring a write-in upset, he’s poised to win reelection this November to his post on At-Large Seat A, one of three seats representing the city as a whole and not a specific neighborhood or district.

“A lot of the issues we deal with on City Council are land use issues, like zoning and cell towers, and I have pretty good experience having dealt with those issues over the years,” says Wallace, co-owner of one of the largest real estate and property management companies in town, Coldwell Banker Wallace & Wallace, Realtors. The firm has about 25 percent market share in the Knoxville area, averaging about 3,000 property sales annually and managing roughly 300 rentals, he says.

Just one term in, Wallace jokes that he now feels like a veteran after working through pension reform and the city’s new sign ordinance.

“Pension reform is probably the landmark case that we worked on during those four years, but the test of time will tell (how it holds up) I guess,” he says. “We heard from a lot of people—fire and police, retirees, employees—and considering all of that input, I think we shaped the plan into something far different than what was put forward originally, and it probably wasn’t as aggressive as some people would have liked to see, but I think it was a fair deal.” 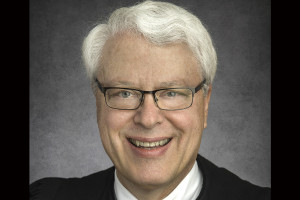 Age: 67
Family: Single, three children
Neighborhood: West Hills
Experience: Municipal Judge of Knoxville City Court since 1986
Education: University of Tennessee Law School (1975); B.S. in Business Administration, Western Kentucky University (1970)
Years in Knoxville: 44
Community/Boards: Sertoma Center; Knoxville-Knox County Community Action Committee; James White’s Fort; Knoxville Jazz Festival: West End Church of Christ
Last Book Read: “I read a lot of law books and I read several newspapers every day, but I don’t read novels much. I subscribe to the News Sentinel, I read the Mercury, the Focus, the Shopper, and then I get USA Today and The New York Times, and online I get the Washington Post and Wall Street Journal. I just think it’s important to know what’s going on.”

Back in 1986, Knoxville’s City Council appointed John Rosson Jr. to fill in as municipal judge after the late Allen Elliot stepped down from the bench. A year later, Rosson ran for election to that post, and he’s been there ever since. It’s a position he enjoys to this day, he says, mostly hearing violations of city ordinances such as speeding and parking tickets, alcohol offenses like underage drinking (but not DUIs), animal nuisances, and other low-level cases.

“The ones most hotly contested are the animal cases,” Rosson says. “If you accuse a dog of biting somebody or doing something improper, you’ve probably just insulted that whole family and they’ll bring the whole neighborhood down to talk about it. Of course, I listen to what everyone has to say, but it’s ironic to me that a traffic ticket can cost more than a dog ticket, it goes on your record, and it can cause your insurance to go up, while a dog case doesn’t affect anything like that.”

Despite the high volume of cases he hears—more than 1,000 on the busiest days—Rosson still practices law full-time and runs his own firm, though he’s quick to note he’d never take up a case for or against the city. That would be a conflict of interest.

“City judges are allowed to practice law because we have very limited authority—we can’t put people in jail,” he says (but they can levy fines). “I have court every day, then I wrap my law firm around that. My obligation to the public comes first.”

When it comes to the issues, Rosson says his role as judge is to evenly weigh the facts and circumstances of each case to, hopefully, come to a fair and just ruling.

“That’s probably the only goal any judge could have,” he says.