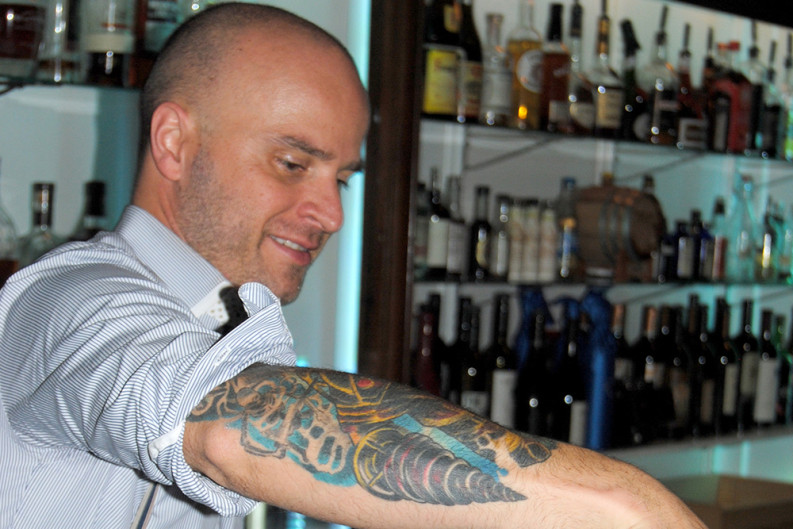 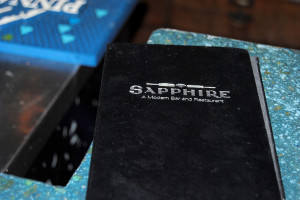 Sapphire: A Modern Bar and Restaurant celebrated its 10th anniversary with a big bash Sept. 18. Walking up the sidewalk, I couldn’t help but remember their one-time neighbor, Arby’s. The spot is now home to the polished Five Bar, attracting more suits and little black dresses and foodies, but back then it drew in downtown fast-food seekers and a couple of transients sipping slow cups of coffee.

With either neighbor, this year or 2005, Sapphire has kept up its mannerly, citified, rimmed-with-sparkle approach. Lots of polish, nice low lights, that hip table in the front window, an insistence on proper dress from its nightlife patrons.

Sapphire is still here, still vibrant, just like its shimmering blue signage and signature drink. Who hasn’t wondered how that $350 Sapphire Martini would taste, with its 2.2-ounce natural-cut blue sapphire served with Bombay Sapphire Gin?

Owner and operator Aaron Thompson says they’ve always sold 40 or 50 of those over the years, usually in pairs. He started at Sapphire as an opening bartender, was promoted to bar manager, and became owner/operator in November 2008.

Since I had him reminiscing, I went ahead and asked him for 10 favorites, one for each year of business:

3. Favorite story about nine-year Sapphire bartender Amie Snyder: “We’ve been to New York, Chicago, Las Vegas and New Orleans together for research and development over the years. We get into lots of trouble!”

4. A good myth about Sapphire: ghosts in the basement vaults

5. A favorite martini from the old days: The 501 PM, with Patron Café, caramel syrup, a dash of cream, and a chocolate-covered espresso bean

10. Favorite martini recipe he’ll give out:

In a rocks glass or a whiskey glass, add a large rock of ice then one ounce of Bulliet Bourbon, a half ounce Benedictine, a half ounce Sipsmith Sloe Gin, and three dashes of Regan’s Orange Bitters. Next, stir the cocktail with a cocktail spoon for a good five turns to mix up the liqueur. Finally, shave off a small piece of orange rind for the garnish. “This is definitely a nice boozy sipping cocktail!” Thompson says.