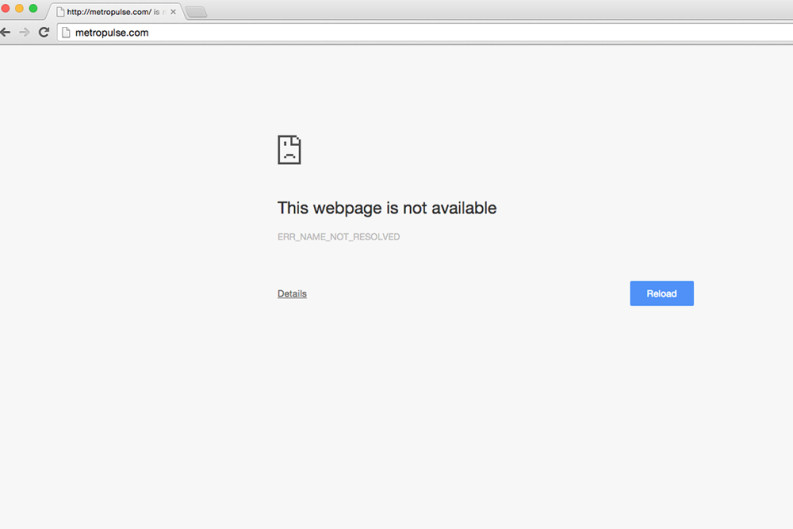 We’d been wondering when this shoe might fall. Last week we learned that someone associated with the Journal Media Group, the News Sentinel’s corporate owner, disconnected or allowed to lapse several years’ worth of the archives of Metro Pulse, removing public access to them via the Internet.

As a result, you can’t Google our old articles at metropulse.com anymore. Maybe you didn’t do much of that anyway. I did, daily. Metro Pulse’s online archives constituted the Internet’s single biggest source of free written information about Knoxville’s history and culture. There were thousands of stories there, about everything from professors to politicians, from tycoons to tamales. For the first time in about 20 years, my old column “Secret History” no longer exists on the World Wide Web, except in cases where one was cached for other purposes.

We once hailed the Internet as the new wonder that was going to make everything published available to everybody everywhere forever. Metro Pulse adapted fairly early, and had been published on the Internet since the mid-1990s. We never charged for reading it.

It took some of us a few years to trust the new reality. We used to keep a paper index of our stories. Well-thumbed, it made things easy to find, and we kept the paper records until at least 2004. Eventually the Internet made things even easier.

We stopped paying attention to our index, and our paper archives. As the years passed, with a move or two, all that paper was neglected, forgotten, and ultimately dumped. When a state library project to put Metro Pulse on microfilm came along, we were lucky to be able to patch together, from a couple of personal collections, an almost-complete master collection, for that purpose.

Today I’m glad we went to that trouble. At the time, though, the microfilm project seemed a little quaint. I wondered if MP would be the last newspaper to be photographed for library microfilm, and if anyone would ever look at it there.

Obviously, the Internet was the main thing. In the future, people will just Google our stories.

We once believed that whatever we published would be forever available to be appraised, used, quoted, archived for any purpose, for generations to come. Most of the work I did for Metro Pulse was about Knoxville history, and over the years, I’ve often heard from journalists, students, authors, and librarians from many other states and half a dozen foreign countries who found my old articles, sometimes several years after they were published, and made good use of them.

One of my compelling motives in working long hours with minimal conventional compensation is that when people Google my hometown in any part of the world, they’ll run across one of the stories I’ve told about Knoxville and maybe conclude that the place is at least interesting.

On Wikipedia, dozens of entries about Knoxville subjects are footnoted with hundreds of links to Metro Pulse articles. It’s not surprising, because there are a lot of Knoxville subjects no one else ever covered. As of last week, all those links are dead.

Some are surprised the News Sentinel and their old or new out-of-state corporate bosses in Cincinnati or Milwaukee allowed anything associated with Metro Pulse to stay up for almost 11 months since they shut the paper down. They owned Metro Pulse fair and square, and could have shut it all down right away. They had no profit-related reason—which, in the corporate world, means no reason at all—to keep it available to the public. Corporations are run for the enrichment of far-flung shareholders. Maintaining Metro Pulse’s availability to the public might even be contrary to their purposes.

The erosion of Metro Pulse’s online presence began before that. Several months after E.W. Scripps bought Metro Pulse, they built a new website for the paper, and as an unexpected result, the old website’s stories didn’t make the transition. Suddenly, perhaps inadvertently, many years of our work became much harder to find online.

Of course, it’s a bit of an irony. Lately I’ve been giving talks and writing articles supporting the library’s “Paper to Pixels” efforts to digitize, and make permanently available and searchable, old issues of the Knoxville News Sentinel. Meanwhile somebody associated with the News Sentinel, for whatever purpose, has been doing the opposite to my work.

It’s hard to blame the poor News Sentinel. They’ve got other things to worry about than keeping a troublesome old weekly paper available to the public. And it’s a problem all around. The whole Internet sometimes seems like a giant coral reef of dead links. “ERROR 404 NOT FOUND” is becoming a more and more common result of a search. Many, many Wikipedia and other informational website footnotes are dead links. Even in the digital era, we’re still humans. We’re forgetful, we get distracted, we let things lapse.

This week the Internet seems vaporous. Most of its content will stay just as long as some distractable human thinks it may someday be profitable.

The Internet’s advantage over paper, we always heard, was that it did not yellow and crumble after 60 or 70 years. Paper does yellow and crumble, as you can tell from a trip to the vertical files at any library. I frequently find value in typing paper held together by a paper clip that began rusting during the Truman administration. At the McClung Collection are files containing crumbling but still legible paper articles from the 1800s.

But this week, on the Internet, you can’t find most of the articles I wrote in 2014.

Both newspaper clippings in cardboard files and electronic stories on the Internet are mortal. Paper’s known longevity is greater than your lifespan, or mine, with minimal care. Electronically stored journalism is turning out to be, comparatively, something like a hamster.

Right now, in the year 2015, the surest and in some cases only way to find most of the work I’ve ever done in my life is in paper files in steel cabinets in the public library. Thank God for the library. Even though it’s 2015, they still clip newspapers, and sort the articles into subject files. I’m proud to say they do clip the Knoxville Mercury. Maybe they know something we don’t.