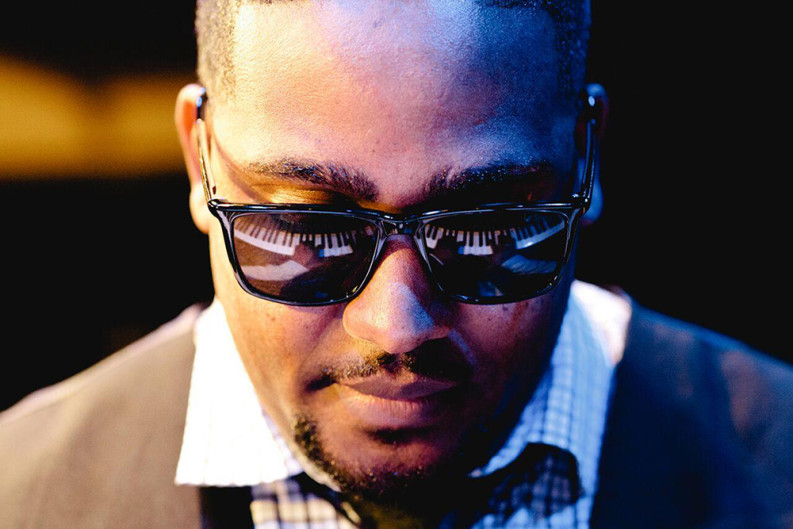 Keith Brown’s forthcoming solo release The Journey is ostensibly a jazz record, to be released on Space Time Records, a jazz label. But Brown’s musical footprint is much larger than the tag would seem to imply.

A composer, bandleader, and pianist/keyboardist nonpareil, Brown is one of the busiest players in town. His involvement as both a leader and a sideman include soul-rock outfit Aftah Party, jazz combo the BluePrint, and sideman gigs with Vance Thompson projects Five Plus Six and Marble City Five.

But as Brown spread his wings compositionally in the time leading up to recording The Journey—his first album, Sweet and Lovely, was mostly a collection of jazz standards, with only a couple of original songs—he says he found himself giving vent to his love of contemporary popular music as well as to the blues and traditional jazz that informed his early musical education.

“This was my first chance to really do more of my own compositions,” says Brown, whose father is Donald Brown, the esteemed jazz pianist-composer and University of Tennessee instructor. “There’s still some element of the more traditional jazz in there.

“But I grew up listening to a lot of funk, modern R&B, and hip-hop. Those influences may not come out cut and dried, so to speak, but they’re in there.”

Brown has some samples of his latest material on tap at his website, keithbrownpiano.com, and the snippets of new music are telling, though brief. Brown is a facile player, a virtuoso with a light, quick touch and an ear for clever harmonic flourishes—a trait he seems to have inherited from his well-known sire.

But for all of the quicksilver brilliance on display courtesy of Brown and his accomplished sidemen—the album includes a host of talented guest players—there’s never any sense that Brown or his fellows have lost sight of the song.

“More than anything, I like to think that I play for the composition,” Brown says. “What’s appropriate for the music? Whatever context I’m playing in, I try to get as much information as I can, and then I try to fit in with what’s going on.”

Asked about comparisons to his father—both men have a knack for eccentric tonal embroidery, for injecting music with subversive phrases that tweak the ear without ever provoking outright harmonic dissent—Brown says the common denominator has more to do with sensibility than sonic exploration.

“It’s about being tasteful, knowing where to take the music, and how far you can go,” he says.

For now, Brown says he’s happy being a man of many musical faces, a versatile soloist and sideman who may be called upon to play uptown blues, downtown jazz, and silken soul at separate gigs, all within the space of a single week.

“I want to keep doing a variety of things,” he says. “I have love for all these kinds of music, and it’s good that I get to play in bands with this sort of variety.

“I do it if it feels relevant to me, if it has meaning to me. Hopefully, it will mean something to someone else as well.”