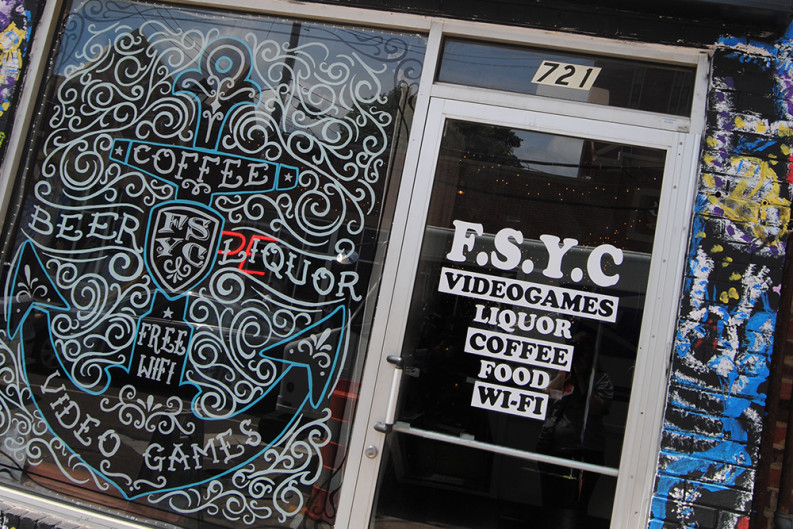 As neighborhood bars go, this one fits right into its neighborhood—Fort Sanders, the mix of heritage, hippies, and hipsters. A fair bit of academics, a whole lot of partying.

Fort Sanders Yacht Club, much the same. Though its originator, Fort Sanders fan and promoter Jon Haas, died in 2013, the spirit of the place right off the sidewalk on 17th Street is still intact under Dillon Luttrell and Jason Elcan, whose ownership is coming up on two years now.

It’s still a “barcade,” as Haas conceived it, with its collection of classic consoles like the Nintendo 64, and some old-school video games like Pac Man, and very splashy abstract art by one Justin Valley on the tiny tables lining the path to the bar. They advertise “liquid lunch” specials worthy of their neighbors without day jobs: a buck off a different beer classifications each weekday from noon-2 p.m., and PBR on tap in perpetuity.

There’s a touch of the learned amidst the partying, aside from the students who have returned to the fold in recent weeks, particularly the hotly contested house-brand trivia contest on Sunday nights—the defending champs being the bar’s own worker team. 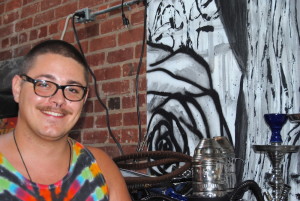 Bob Boyd, the bartender, fits right in, too.

He wears a tie-dye T-shirt and Clark Kent glasses without conscious effort to be hip or hippie. He is a heavy hitter on that trivia team and a writer of “magical realism,” though, he says, pointing to his close-cropped hairdo, “most of it is still in here.”

“Right on,” and other ’70s expressions pepper his speech—that’s just how he talks, and yes, he’s only 23. As in “the Gringo”? That’s a special drink they’ve been advertising, his take on a White Russian like the Big Lebowski’s, only made with coffee tequila. It became the White Mexican, and then the Gringo. And people dig it. Despite the creaminess, it’s not considered girly, he insists: “Guys really dig ’em.” Even the framed photo of Haas behind him at the bar seems to approve.

And shandy? Right on. That is his favorite, what he likes to drink when he goes to other bars. He likes Stiegl Radler grapefruit as a light option.

And he’s created his own shandy, a beer cocktail with a name he carefully punctuates to “be silly and look as interesting as possible.” That’s the Bomb-Ass Shandy, and it is tasty and light, slips right down, though you can still taste the fermentation that makes you appreciate the craft of the beer involved.

Boyd will share the recipe. He’s not worried people will stay home and make them instead of coming by. “We’ve got atmosphere, we’ve got games, we’ve got all the ingredients, I’m not scared,” he says.

The Yacht Club is suffering the recent construction and closings in Fort Sanders with the rest of the neighborhood as the Cumberland Strip undergoes two more years of the upgrades and landscaping that will result in a new Cumberland Avenue Corridor, two lanes instead of four on the main drag—hopefully transforming the place into a tourist and entertainment and retail magnet. 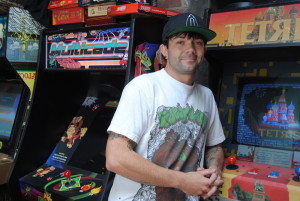 Co-owner Luttrell wants it understood that it’s been rough, with the street outside lacking a sidewalk in places and driving hampered by sporadic road closings and stingy daytime parking options. But his prevailing message is that Strip’s business owners are really working together.

“Things are better now that the students are back, and we are all realizing that there is only so much space to share, so we are working it out,” Luttrell says. “We are intent on keeping the Strip alive.”

The neighborhood isn’t the only thing that will improve by 2017. In the case of the Yacht Club, they’re also working on opening the roof for business, “building up, not out,” says Luttrell, and waiting on two high-rises that will house some 700 possible partiers, which should be finished next year. They’re also developing Monster Pizza down the street, and the sister outfit will provide New York-style pizza for the Yacht Club, too.

Boyd nods along with this idea—it will be good pizza, great with PBR on tap, maybe even with certain shandys. Oh yes, he murmurs. “Right on.” 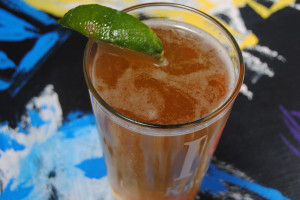 Explicit instructions from inventor
Bob Boyd, bartender at the Fort Sanders Yacht Club—remarks in quotes are all his:

1 1/2 oz. house gin
“You’re just going for the herbal flavor, and the taste of a high-end gin won’t really come through, so it’s not worth using, say, Tanqueray.”

2 oz. lemonade
“Any kind will do, but if you have the ingredients available, always make it fresh.”

Layer the ingredients, all chilled except the lime syrup, in a tall beer glass, adding about 10 ounces of the beer at the end, garnishing with a lime wedge and serving the remainder of the can on the side.

Note: “This also makes a nice big batch for a brunch or tailgate, adding the ginger ale with the beer and tossing in some slices of fresh peach.”