WNOX’s Forgotten Auditorium Is Up for Sale - The Knoxville Mercury 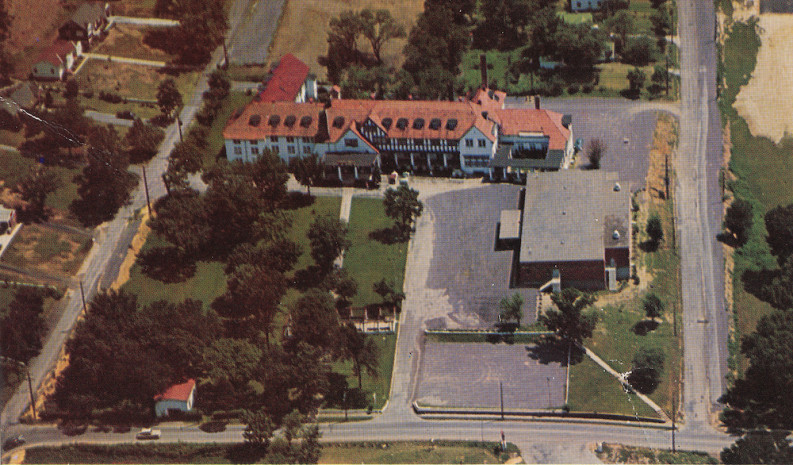 This Friday, the 21st, will witness an event of interest to local music and architectural history.

The old WNOX auditorium is going up for auction. It was designed in the early 1950s, when it looked like Knoxville’s most venerable radio station was soon to be East Tennessee’s first television station. Today it’s a relic of an era, and of a dream that never quite came true. But it has some interesting history anyway.

It doesn’t jump out at you, just a big 16,000-square-foot brick building, set back from Whittle Springs Road at White Oak Lane. It could pass for a public school, but has just enough of a modernist flourish to suggest an architect was involved. We once expected it to be famous. How could it not be? It was the home of WNOX. 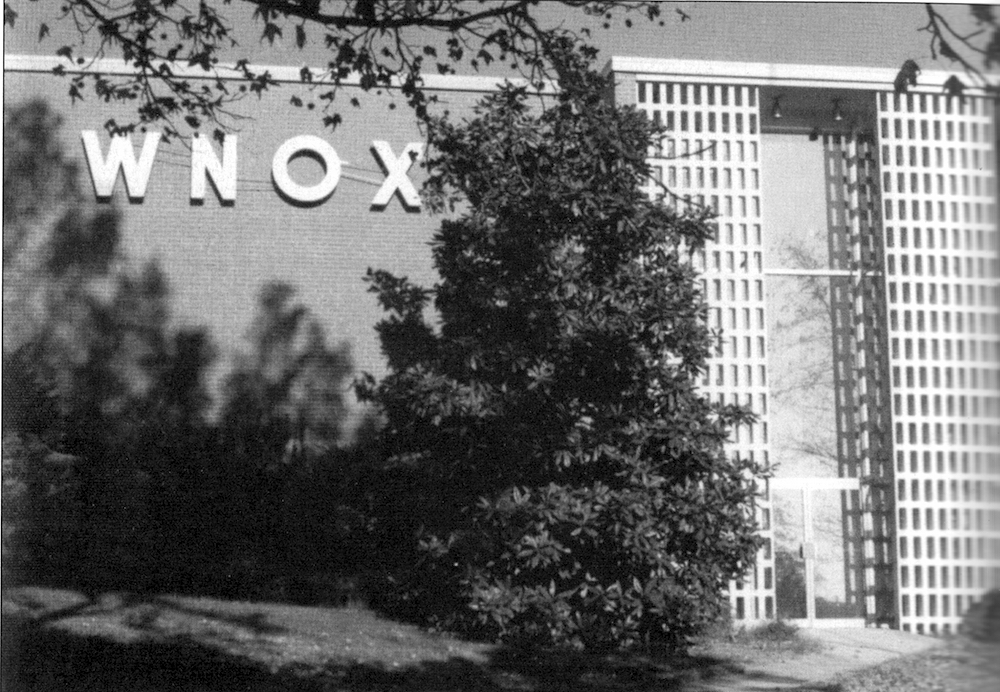 By the late 1930s, with amiable Chicagoan Lowell Blanchard at the helm, WNOX became famous as a platform for live music, especially a form of it previously little respected in the industry: the one first known as “folk” or “hillbilly,” finally as country music. WNOX was especially known for its live 90-minute early-afternoon show of music and humor, the Mid-Day Merry-Go-Round. Locals like Roy Acuff and Chet Atkins and Archie Campbell performed on the show. It caused such a regional stir that some musicians from other states, like Pee Wee King and the Carter Sisters, moved to Knoxville just to join the WNOX phenomenon.

During its first 18 years, the show broadcast from the WNOX auditorium on the 100 block of Gay Street. But in the early 1950s, everything was moving to the suburbs, and America was excited about television. WNOX made a bid to be Knoxville’s first television broadcaster. Figuring they were a shoo-in, the station hit the ground running by building a big, new state-of-the-art studio in the middle of the pleasant suburbs on the north side of town, beside the famous ca. 1918 Whittle Springs Hotel, which already had a bit of a show-biz reputation, having hosted some of the great jazz orchestras on its own.

The auditorium opened in May 1955 with much fanfare and a surprising lineup of entertainment, a dance orchestra, an Atlanta ventriloquist, and Jerry Colonna, the bug-eyed, mustachioed singer/trombonist from a couple dozen Hollywood comedies. Lowell Blanchard announced. And giving the keynote was Gen. Leslie Groves, the boss of the Manhattan Project. If you’re Gen. Groves, you don’t have to say something appropriate to the occasion. Groves spoke about Oak Ridge and the future of atomic power. In 1955, atomic power and TV power went hand in hand, the elemental forces of the American future.

By the time the grand new facility opened, there was already a cloud over it. WNOX didn’t get the first TV station. That honor went to more-modest WROL, downtown, operating out of the fifth floor of the old Mechanics Bank building (WROL-TV evolved into WATE). The Federal Communications Commission was concerned that Scripps-Howard, the national media corporation that then owned WNOX, also owned the bigger of the two daily newspapers. If granted the first TV station, Scripps would have a monopoly over media in the Knoxville market.

Their shiny new TV studio was still under construction when WNOX suffered that shock. They angled to get the second local TV station, then, failing that, the third. A year after the grand opening, WNOX lost its bid for Channel 10 to WBIR. In the end, WNOX, which built the biggest, fanciest TV studio in Knoxville history, never got a TV station at all.

They still had the radio station and boasted of the new facility as “the South’s Finest Radio Center.” Seasoned locals like Red Rector and Carl Story were at their height, and performed there. I’ve been told young Dolly Parton performed on that stage, but have never proven it. With musicians and their audiences, it’s sometimes hard to nail down the whens and wheres.

But WNOX’s radio business lost something with the move. Crowds were disappointing. Working people who’d jammed into the auditorium on Gay Street didn’t always drive all the way out to Whittle Springs to see the show anymore. That was just part of the problem. Their grand plan was also a victim of the times. Folks with TV had so much to watch at home, it no longer seemed such a special thing to come out and see local fellows broadcasting a musical show.

And, to complete the perfect storm, radio was changing to national formats, while at the same time, rock ’n’ roll was ambushing a youth audience once tempted by country. Nobody saw that coming. Blanchard ended his live-music show in 1961. In ’63, WNOX dumped most of its local country programming, and went to Top 40—which doesn’t offer much call for auditorium-sized radio shows. The big facility that seemed so modern and ready for a high-tech future was, before it was a decade old, already something of a relic of the past. Except it was a past that never wholly happened.

In 1964, the studio’s original anchor, the picturesque old Whittle Springs Hotel, was torn down, leaving the WNOX studio building standing by its lonesome self, with only the golf course for company. 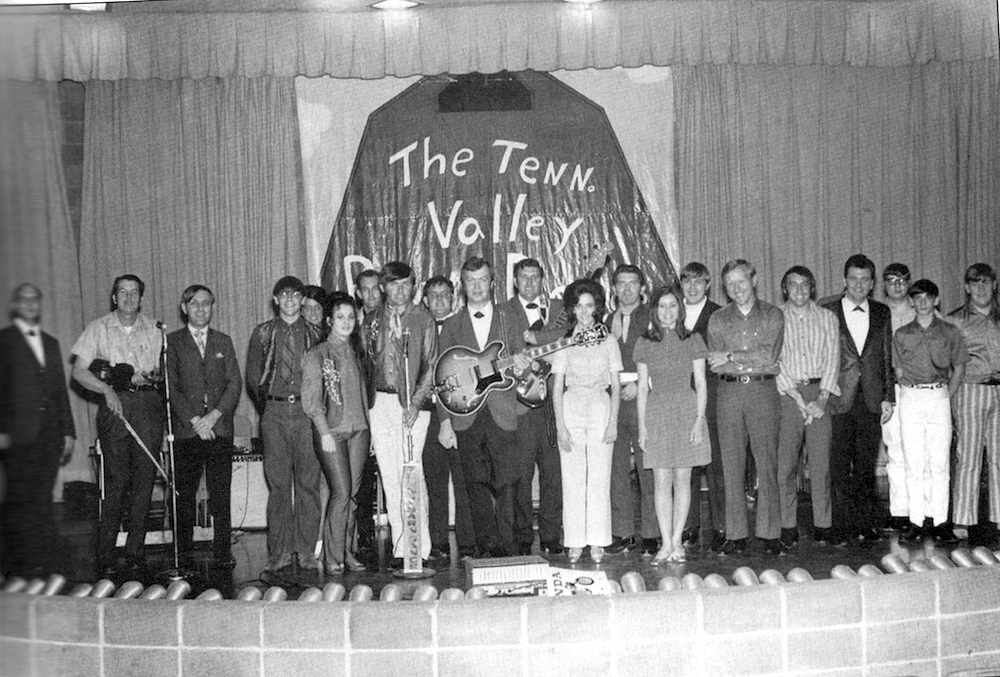 Still, the WNOX auditorium had some good days and nights. It served as a venue for the Tennessee Valley Barn Dance, and in 1985 it was rechristened the Lowell Blanchard Auditorium, with Archie Campbell and Chet Atkins on hand to authenticate it. It didn’t take, though, and the auditorium became home to an offbeat church.

About 15 years ago, things were looking up for the place. I don’t remember the circumstances, but there was a well-attended live variety show in the old auditorium, featuring Robinella and the CC String Band, in their early days. I walked around it with some music people who were rapturous about the place, suggesting it could still be, with 21st-century wiring, an ideal recording studio.

Today, there’s more entertainment-related industry in Knoxville than there was in 1955. Who knows.