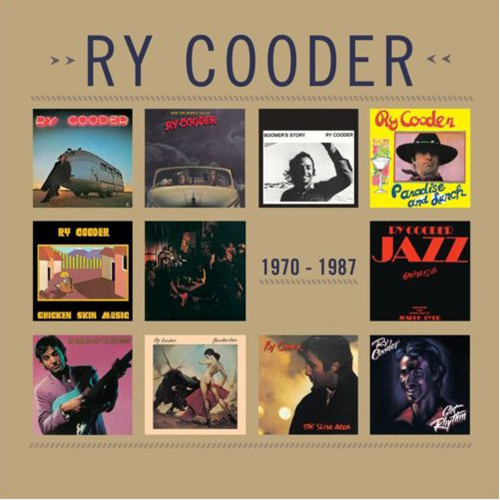 Paris, Texas
The truth of musical lore is almost always more compelling than myth. As a guitar slide, early 20th-century bluesman Blind Willie Johnson preferred the side of a knife blade to the traditional bottleneck. It was with a (presumably different) knife blade that 4-year-old Ry Cooder accidentally and permanently ruined his left eye. And it has been the haunting, knife-wielding Blind Willie Johnson fundament “Dark Was the Night, Cold Was the Ground” that has possibly most influenced and characterized Cooder’s prolific and uncommonly diverse musical career. Cooder explicated Johnson’s three-minute-plus-change signature moan to album length in the early 1980s, when he composed the score to the Wim Wenders film Paris, Texas. Cooder’s layered, lonely guitar evokes the overexposed, arid landscape of the namesake setting, along with the human tumbleweeds who collide upon it for the camera.

Buena Vista Social Club
Cooder traveled circuitously to Cuba during the mid-1990s to record a duo of Malian musicians who failed to show due to visa complications. To avoid wasting the trip, Cooder and producer Nick Gold drafted an ensemble of Havana musicians out of retirement. Inspired by Cooder’s attention, Compay Segundo, Ibrahim Ferrer, Ruben Gonzalez, and others rose to the occasion and recorded a series of albums that you have either heard or need to. Working again with Wenders, Cooder returned to Cuba to participate in a film documenting the project. Segundo, Ferrer, and Gonzalez have all since died. The music they made with and for Cooder during their last years is terrifically rich, and almost certainly would have been lost otherwise. And it is not unrealistic to imagine that Cooder’s attention to Cuba and Cuban music accelerated the process by which diplomatic relations between the U.S. and Cuba have been normalized. 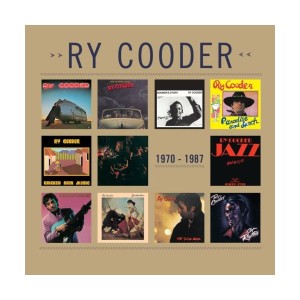 The wildly varied music on Cooder’s first 11 solo recordings could never be described by something so limiting as a genre. But a new and flexible category might suffice—perhaps “great American music with no apparent chart aspirations.” Combined in one package like this, Cooder’s early solo work is impressively powerful and expansive. It’s what the Anthology of American Folk Music might have sounded like had Harry Smith been a musician instead of a pack rat.

Talking Timbuktu
Cooder’s 1994 collaboration with the late Malian guitarist Ali Farka Touré helped spark the lasting world-music movement that took off during that decade. It was the first taste of success for Gold’s World Circuit label, which helped to make international music at least seem economically viable. Touré spent his life making music related to and resembling American blues, which he had never heard until relatively late in his life. Cooder, on the other hand, had been playing American blues—often alongside the masters of the form—since he was 3 years old. Touré and Cooder demonstrate that, as an instrument of human expression, the guitar is limited only by the player.