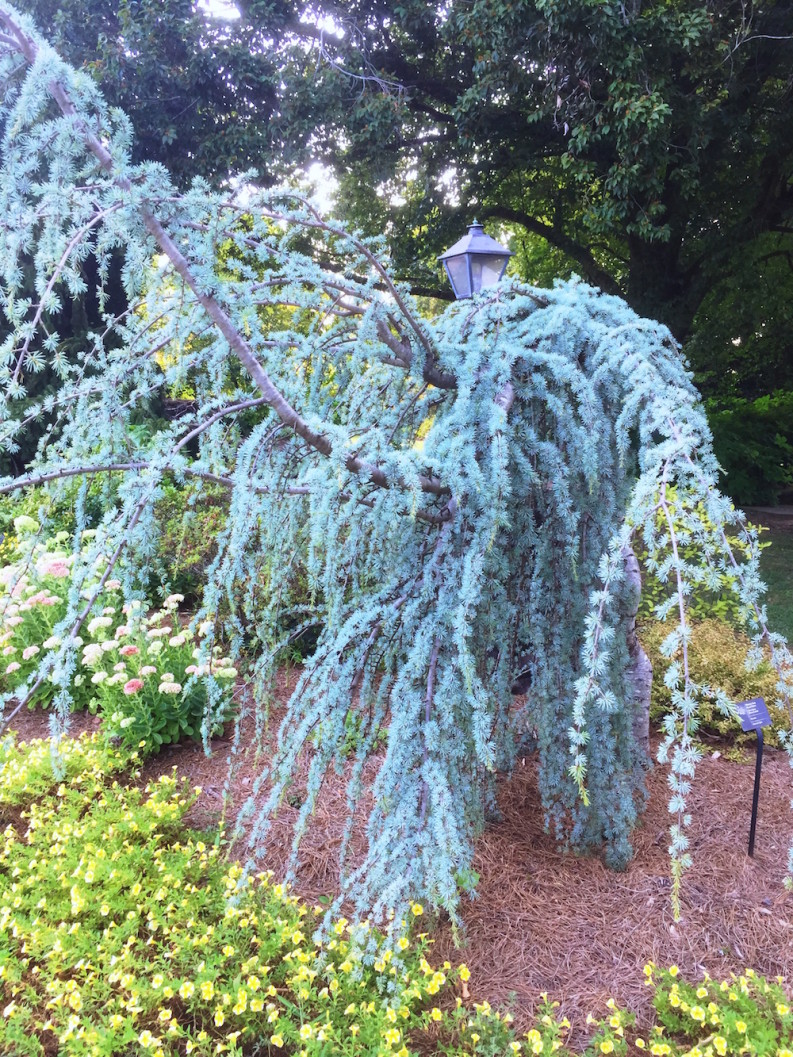 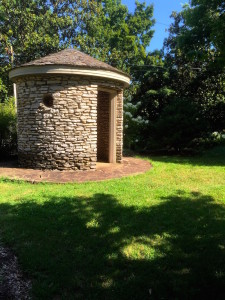 Knoxville Botanical Garden and Arboretum will be opening its new Visitors Center on Aug. 14. Located off the beaten path, at 2743 Wimpole Avenue in East Knoxville, the 47-acre refuge is the largest publicly accessible garden in the city’s history. Founded in 2001, when the Aslan Foundation made the original purchase of the property, it looks much older. That’s because it’s actually the old campus of Howell Nurseries, the sprawling plant store which traced its origins to the 1700s. (The mysterious round stone buildings aren’t as old as they look, though; mainly ornamental, they were built in the 1940s.)

Public gardens have been growing in popularity recently, but gardens have deep roots here. At the time of the Civil War, Knoxville used Old Gray Cemetery as a public garden. Founded in 1850 and planted with flowers and shrubbery, it was part of an international garden-cemetery movement, and a site for afternoon strolls and even Sunday afternoon picnics.

The novel The Secret Garden is set in England, but its author, Frances Hodgson Burnett (1849-1924) lived in and near Knoxville for several years in her youth. Her memoir about a secluded place she called the Bower, in the vicinity of what became Knoxville College, suggests it may have been an inspiration for the secluded formal garden imagined in the book.

In the late 1800s and early 1900s, several of Knoxville’s wealthiest established elaborate formal gardens that were used for parties and weddings. Several of them, built on the city’s steep hills, were terraced. Little remains of most of them. The building at the corner of White Avenue and 16th Street is believed to have been the 1870s home of English gardener Michael Hoey, who tended the gardens of the huge Cowan mansion on Cumberland Avenue. Nothing remains of the mansion or its gardens, just the gardener’s cottage. Danish-born landscape architect Jens Jensen (1860-1951) came to Knoxville in the 1920s to design gardens here. Baltimore-born Garafilia Van Deventer, who was married to cement tycoon Hugh Van Deventer, hired Jensen to make a garden of distinctive design off Lyons Bend. Few old gardens are maintained as originally planned.

America’s most famous landscape designer was Frederick Law Olmsted (1822-1903), who designed Central Park in New York and the grounds at Biltmore near Asheville. In 1893, he was in Knoxville working on a project about which little is known to this day. He may have planned a clifftop park that was never completed, but there’s evidence he had some influence on Circle Park.

Savage Garden, on Garden Drive near Fountain City, was the dream of English-born industrialist Arthur Savage (1872-1946). Built in 1917, it reflects the Asian motifs and art-nouveau stylings of its era. Since 1986, it has been subject of an ongoing restoration effort. It’s private property, but sometimes used by the next-door Montessori School.

In the 1920s, newspaper publisher Alfred Sanford (1875-1946) hired Olmsted’s sons, the Olmsted Brothers, to design an ambitious arboretum stretching from Kingston Pike to the river, just east of Cherokee Boulevard. Sanford’s goal was to have one example of every tree indigenous to Tennessee. It thrived for only 20 years. After Sanford’s death, the land was subdivided into lots, but a few original trees remain.

In the late 1920s, idealists with the City Planning Commission proposed terraced gardens downtown from Main Street down to the river. The Depression, combined with a revolt against city taxes, scuttled the idea.

Bulgarian-born industrialist Ivan Racheff believed industrial sites, even steel mills, should be beautiful. He became president of the Knoxville Iron Works, and in 1947 established Racheff Gardens, a walled garden that is still well-kept in Lonsdale and often open to the public.

Beginning in 1983, UT transformed its Agriculture Experiment Station, which had been of interest mostly to agriculture students, into UT Trial Gardens, now known simply as UT Gardens, which has developed into an eye-catching and well-used public attraction.