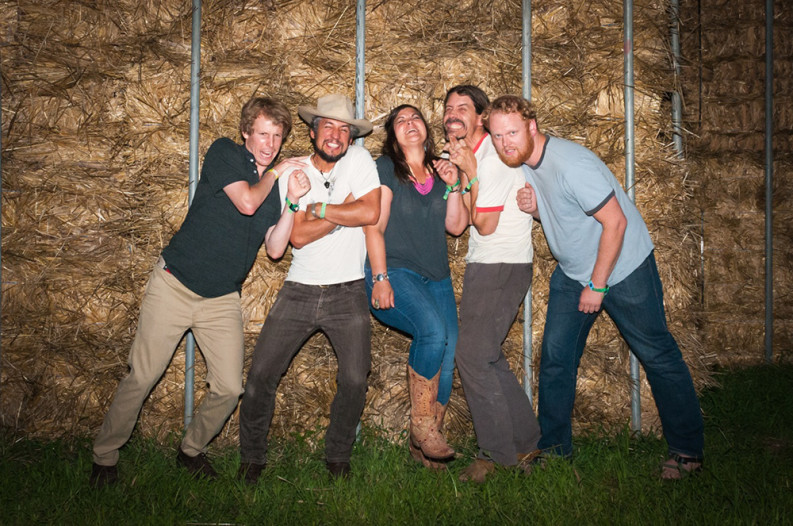 “We got a long way to go/and a short time to get there,” Cruz Contreras sings on the Black Lillies’ funky new single, “Hard to Please,” released last month through an exclusive Rolling Stone stream. The lyric—a reference to Jerry Reed’s “East Bound and Down,” from the Smokey and the Bandit soundtrack—hits close to home for the Americana veterans, whose fourth studio album, Hard to Please, coming out on Oct. 2, was written under a nerve-racking time crunch.

“We had to come up with the majority of the material in less than a two-week time frame back in February,” Contreras says. “We’d been on tour for such a long time. When we got home, I thought, ‘I’m gonna go to West Virginia and go to some retreat and write.’ But I got home and thought, ‘Shit, I’m home.’ We got a pretty good snowstorm back in February, and I kind of got on lockdown for a week or two. That coincided with the time to write the record.”

The pressure was mounting, but that looming deadline gave the band creative momentum—and it pushed them to experiment. Newly recruited multi-instrumentalist Sam Quinn, formerly of the everybodyfields, helped the frontman flesh out his arrangements, and drummer Bowman Townsend even cooked up the title track’s grinding guitar riff after Contreras faced some vague criticism from his son, Cash.

“It started out as a country-folk Bob Dylan sort of thing,” Contreras says. “I remember playing the music for Cash, and I was like, ‘What do you think of this?’ He said, ‘You know how anybody can make a record and it ends up in a thrift store? It kind of sounds like that.’ I really didn’t know what that meant, but I think he meant, ‘The lyrics are good, but you need to work on the music.’ Then Bowman put his thinking cap on and the next day came back with a guitar. He came up with the riff, and that’s the hook. It makes for a really strong, complete song.”

The Black Lillies recorded Hard to Please in Nashville with producer Ryan Hewitt (Avett Brothers, Johnny Cash), recruiting a handful of ace session players, including Band of Horses bassist Bill Reynolds and guitarist Daniel Donato. Hewitt’s mantra was “tougher and tighter,” as they plugged away to work out the best studio takes. And the results exemplify that hard work, from the sizzling chamber-folk of “Broken Shore” (a song Contreras wrote about his grandfather, a World War II veteran at Iwo Jima) to the soaring hard-rock guitar-solo coda of “That’s the Way It Goes Down.”

The band will celebrate the release date with a free show at Market Square on Friday, Oct. 2—the perfect low-key end to a turbulent half-year for the band. “We’ve been doing theater shows almost exclusively in Knoxville for years now,” Contreras says. “We just wanted to vary it up.”