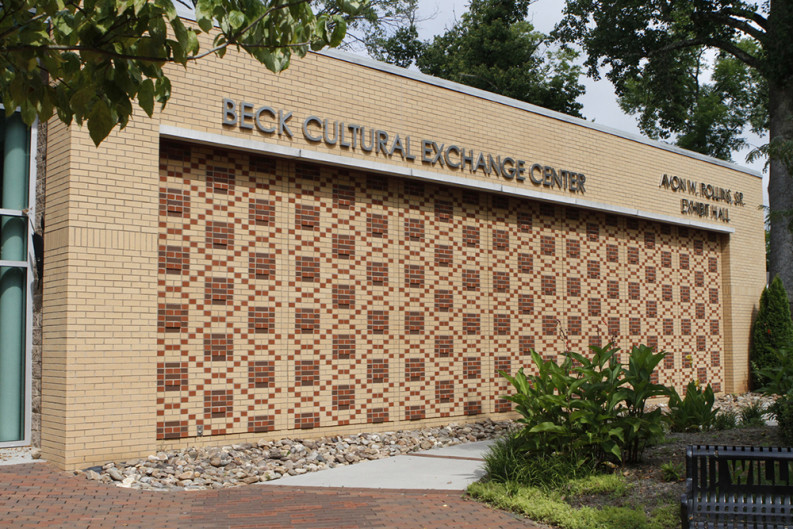 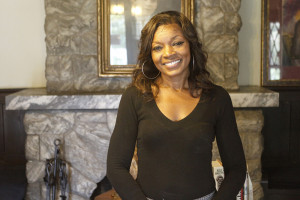 It’s been nearly 70 years since an Emancipation Day celebration of this scope has kicked off in Knoxville, but organizers are hoping this Saturday, Aug. 8 will mark a renewed tradition of fun and festivities, as well as serving a reminder of freedom won.

“There’s a whole generation that doesn’t have a clue what the eighth of August is all about, and that’s why it’s so important for us to do this, so people can remember,” says Rev. Reneé Kesler, President and CEO of the Beck Cultural Exchange Center in East Knoxville. “I didn’t even know much about it myself until a few years ago.”

According to legend, then-Gov. Andrew Johnson freed his own slaves in Greenville on that date in 1863. Even though it took another two years for the state to fully abolish slavery, the governor’s actions would mark local celebrations for years to come.

Gatherings have carried on in some Tennessee towns, as well as pockets in Kentucky and Arkansas as freed slaves migrated elsewhere, but there are few folks still around Knoxville that remember the last major Emancipation Day celebration at Chilhowee Park back in the mid-1940s. Decades before that—dating back to 1899—African-Americans in Knoxville gathered the same day each year to celebrate freedom. During the Jim Crow era of legal segregation, it was the one day a year blacks were allowed in the East Knoxville park, according to research by local amateur historian Bill Murrah.

“(People that remember it) talk about all the rides and cotton candy at the park, and while I can’t recreate all of that, our intention is to recreate the spirit of that day,” says Kesler, who has headed the Beck Center for about a year. She spearheaded efforts to bring Emancipation Day celebrations back to Knoxville after learning of the now-defunct gatherings from Murrah, who has advocated their revival for years.

The Beck Center hopes renewing the historic revelries will bring the city together and raise the profile of a rich African-American heritage in a city where some say it is often undervalued and glossed over in the pages of history. Since 1975, the nonprofit has been dedicated to recording and preserving African-American history in Knox County. The event also marks the Beck Center’s 40th birthday.

“Before the Beck was established I think very little attention was paid to black achievements or accomplishments in Knoxville or Knox County,” says Robert Booker, a longtime Knoxville resident who served as Beck director for three separate terms totaling 17 years. “If you read any of the history books you’ll see there was passing reference to some of the most famous ones, or maybe a few paragraphs, but I set out as director of the Beck to be more inclusive.” 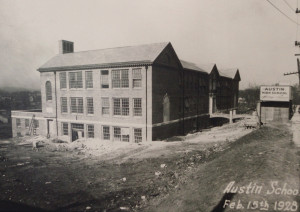 One accomplishment Booker points to is rekindling class reunions for alumni of Austin High School, Knoxville’s first blacks-only school that opened in 1879. He helped organize the first meetup on the schools centennial in 1979, he says, and since then the reunions have taken place about every five years. About 1,400 people attended the most recent gathering in 2014, according to Booker’s estimates. The Beck Center holds graduation records dating back to Austin High’s first class of 1888.

Knoxvillian Nkechi Ajanaku, director of the nonprofit African-American Appalachian Arts, Inc., an arts organization focused on community development through creative programming, says the Beck Center has an important role so people can better understand black culture, “and maybe even find some commonality with African-Americans.”

“It’s not like Knoxville has a lot of institutions or facilities that represent the diversities of Knox County, and that’s something that’s sorely needed,” Ajanaku says. “The strong and positive presence of ethnic groups, such as African-Americans, is something you don’t immediately grasp (in Knoxville). I don’t see any African-American businesses in downtown or Old City that are there and functioning … It’s like the elephant in the room at City Council meetings, that everything is okay with human relationships here in Knox County.”

But Kesler says she hopes the restored Emancipation Day celebrations will take a step toward changing that by bringing together the community as a whole and not just one race or neighborhood. She’s also betting that a move to digitize the museum’s treasure trove of documents, from photographs of long-gone landmarks to college dissertations written by African-Americans going for an advanced degree, will help attract a younger generation more centered on technology. The museum also houses a number of recorded oral histories from aging or deceased Knoxville residents, and the group hopes to add at least a few accounts by conducting more interviews at the event this Saturday.

The center’s library books have already been cataloged in the computer, which makes searching out a title or topic a much less laborious process, but any large-scale digitizing of the collection is dependent on future funding. She hopes eventually to bring on a full-time archivist to help manage the collection and lead those efforts. 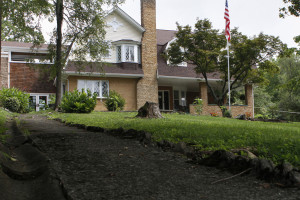 If all pans out, the Beck Center may be poised to capture a larger audience and reinvent itself for the 21st century. Two major renovations in 2005 and 2010 added about 5,000 square feet to the old James and Ethel Beck home, a 1912 house at 1927 Dandridge Ave. in East Knoxville where the nonprofit operates a museum and gallery space. Yet just a few years ago, the organization’s own future was in question. Between 2004 and 2010 the nonprofit operated under a memorandum of understanding with Knox County that blurred some financial lines—was it an independent not-for-profit or a county operation?—that led to questions and eventually an audit of tax filings.

In 2011, Knox County Commission looked to cut funding to the organization by as much as 92 percent, but scaled back those reductions after an independent audit cleared the center of wrongdoing. In fiscal year 2014-15, Knox County passed along $25,000 generated from the hotel-motel tax, a 5 percent tax charged to hotel guests, with the fiscal year 2015-16 adopted budget allocating $50,000 to the center. That’s down from $225,000 in fiscal year 2009-10 and $150,000 in funding during fiscal year 2010-11, county records show. The nonprofit has been operating at a loss of more than $100,000 annually since getting out from under the county’s umbrella in 2011, although Kesler says recent figures not yet available through tax files show it back on budget.

The center’s expenses outpaced revenues by $119,000 in 2013, down from a loss of $180,000 in 2012, tax filings show. Its annual operating budget was about $267,000 in 2013, with most of the money going toward funding an interim director, salaries for a small, mostly part-time staff, and general operating and administrative costs. The organization’s assets and fund balances decreased from $3.4 million in 2010 to $2.4 million by the end of 2013. Funding comes from a mix of mostly county and state dollars, private contributions, grants, and a small amount in membership dues and investment incomes, records show.

Kesler’s appointment in 2014 to head the organization drew some skepticism from Knox County Mayor Tim Burchett, according to media reports at the time. She has worked as an independent consultant focused on small-business development since 2006, when she resigned from her post as Knoxville’s Community Development director under allegations that she paid black employees higher starting salaries and favored black-run programs when awarding some federal grants. The city closed its inquiry after she resigned. The Beck Center’s board of directors voted 9-2 to confirm her appointment in July 2014. Kesler is also an associate minister at Mount Calvary Baptist Church in Knoxville.

The inaugural Eighth of August Jubilee starts with a Libation Ceremony at 9 a.m. Saturday in the Historic Cemetery of First United Presbyterian Church in Mechanicsville, where some of Johnson’s former slaves are buried. Murrah will recount a history of Aug. 8 celebrations and Ned Arter, a descendant of former slave Samuel Johnson, will lay a wreath on his family’s plot.

From there, a motorcade will head to Chilhowee Park at 10 a.m. Live music acts will perform on two stages, one in the Jacob Building and another in the theater. The outdoor stage will feature a DJ and numerous hip-hop acts, including Loc Barz, 5ive FT Giant, Greg Glasgow, Don Gedo, King Prince, NonStop, Louie Casino, and DueX Dream Team and Da Union. Indoors a “gospel explosion” will reverb most of the day with performances by Word of Faith, Eternal Life Harvest Center, Anointed Praise, Mrs. Caroline Wilkerson and Julia Ball, and Jackie Jackson. Soft jazz tunes will round things off with a performance by songstress Evelyn Jack backed by Brandon Whitacker, Frankie Sheadrick, Jared Whyte, and Pee Jay Alexander.

There will be a fashion show presented by Yvette Rice covering historic periods of African dress through the Victorian Era and into modern times. Pavilions around the park will host events for all ages, with kids activities such as water balloons and bounce houses, board and card games for teens, and senior activities. There’s also a giant Soul Train Line and a host of food and other vendors expected. More information is available at beckcenter.net.