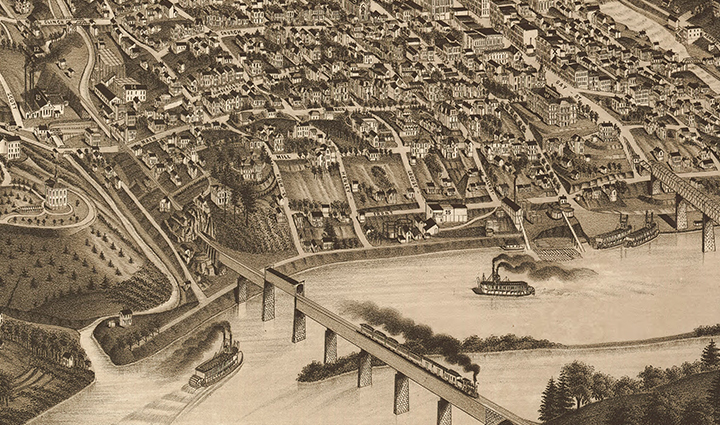 For more about the war locally, see the ongoing exhibit at UT’s McClung Museum (1327 Circle Park Drive), “The Civil War in Knoxville: The Battle of Fort Sanders.”

The Eighth of August Jubilee

For decades, East Tennessee blacks celebrated August 8 as Emancipation Day, a personal holiday. According to legend, Andrew Johnson freed his slaves on that date in 1863. Chilhowee Park was a whites-only attraction on ordinary days during the Jim Crow era, but August 8 was the date blacks were welcome at the park. Sponsored by the Beck Cultural Exchange Center, celebrating its 40th anniversary, this modern Jubilee will invite the community to enjoy a day of music, food, and festivity, with dozens of events in a “full day of festivities for the entire family.” It starts a solemn commemoration of the Johnson slave graves on College Street at 9 AM. After that, everything moves to Chilhowee Park, and what’s promised to be Knoxville’s Longest Soul Train Line.

One of the biggest history-related events of Knoxville’s year, the East Tennessee Historical Society’s annual one-day festival will feature, as usual, booksignings, walking tours, and the perennial favorite “History Hound” dog-costume contest. Special events this year include a downtown double-header of 1864 rules (no gloves!) base ball, starring the local favorite the Knoxville Holstons, and three other Tennessee teams. That evening, the Tennessee Theatre will host a rare screening of the 1927 classic, Stark Love, a silent drama shot in the Smokies with two Knoxvillians in leading roles. Considered director Karl Brown’s “Lost Masterpiece” for 40 years, it has been restored by the Museum of Modern Art.

A social hour for preservationists in a historic place.

Knoxville Jazz Festival will highlight a visit from long-esteemed saxophonist Benny Golson, but will also feature, some glimpses of Knoxville jazz history, including a walking tour of jazz-age downtown at 11 AM, and at Scruffy City Hall at 8 PM, a screening of rare local jazz-related films from the Tennessee Archive of Moving Image and Sound. Check knoxjazzfest.org.

Knoxville Holstons Base Ball: Historic Ramsey House will host the 1864-rules base ball’s final games of the regular season, a double-header starting at noon. Free (bring a lawn chair or blanket).

One of downtown’s most influential restaurants, Tomato Head, is celebrating its 25th anniversary on Market Square, Knoxville’s oldest performance space, with a quarter-century’s worth of local bands, headlined by Scott Miller, a singer-songwriter with a historical perspective.

Proceeds from wristband sales go to the Knoxville History Project.

At this writing there are still some tickets available to Knox Heritage’s final (and largest) Summer Supper, at Chilhowee Park. Make reservations at knoxheritage.org.