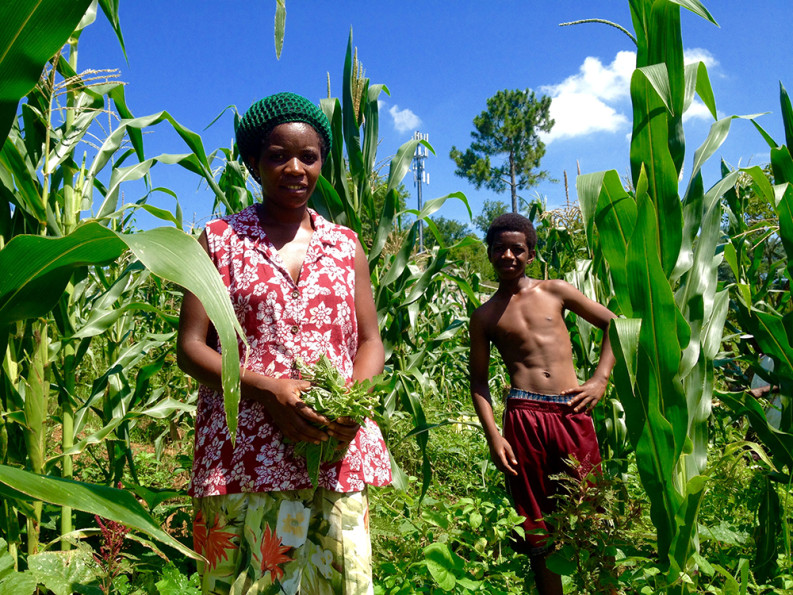 Young Jack Ndayise and his parents, Leoncia Nshimirimana and Clement Ndayisaba, work in the hot mid-morning sun, harvesting vegetables in the garden they share with multiple families. Last spring they planted corn, squash, and beans; traditional companion crops sometimes called “three sisters.” Now the stalks of corn are 8 feet high. The plants are not in orderly rows, but packed together, a configuration in which each crop benefits. Their lush plot is on a steep horseshoe-shaped slope, once thought by staff to be an unusable space, at the Knoxville Botanical Garden and Arboretum’s Center for Urban Agriculture.

Jack Ndayise translates for his parents as Clement Ndayisaba husks an ear of corn to show off the creamy pale yellow kernels flecked with violet.

“It’s part of our culture to have different last names,” Ndayise explains, gamely spelling them out for a visitor.

Ndayise and his family relocated to Knoxville through a U.S. resettlement program after leaving the Republic of Burundi, a tiny country in East Africa on the shore of long, narrow Lake Tanganyika. Here’s a visual Westerns may understand: If the African continent resembles a face in profile, and Lake Victoria is the eye, then Burundi is the tiny sparkle in the corner of that eye. A decades-long civil war destroyed the country’s civil life and economy, and recent spikes in violence have led to massive displacement as civilians flee to neighboring Rwanda and the Democratic Republic of Congo. According to the 2014 Global Hunger Index, Burundi has the highest percentage of hunger in the world.

In 2013 the Knoxville Burundians’ ESL teacher approached Robert Hodge on their behalf for help finding a space they could farm. Most of the Burundian families that resettled in Knoxville live in the Walter P. Taylor Homes or Montgomery Village housing projects, and they lacked a good garden space. Hodge, a member of the Knoxville-Knox County Food Policy Council, was well-known to local immigrants for his work helping establish community gardens through El Puente, the now-defunct Latino Immigrant Services Center. 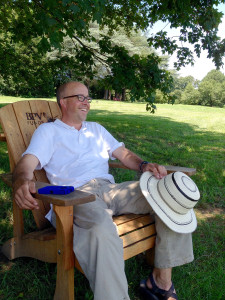 “What they [immigrants] want to do are traditional foods, and we want to encourage that. Immigrants become more unhealthy the longer they are in the United States,” Hodge says. “High blood pressure, heart disease, diabetes all increase with the number of years the immigrant is here.”

A large body of research shows this declining health is partially due to the adoption of an “American diet” high in sugar, saturated fat, and salt. For example, a 2011 study of food acculturation in Mexican immigrants published in the Journal of Nutrition found that “within one generation in the U.S., the influence of the Mexican diet is almost lost.” The researchers, based at the University of North Carolina and the National Institute of Public Health in Mexico, recommend discouraging “critical unhealthful components of the American diet among Mexican Americans.”

“By offering gardening opportunities, people will grow the foods they grew back home, and those foods are vegetables; traditional, tasty, and healthy,” says Hodge, adding that gardening is a good activity to do with children and a way to get exercise.

Then-KBGA Executive Director Keyes Williamson had wanted to host some kind of agriculture project, and agreed to allow the Burundian immigrants a piece of land. They immediately got busy impressing and inspiring garden staff with their tireless work and successful high-production garden.

“My heart was in the marginalized areas of the community, and in those communities food was an enormous issue,” Hodge says. “As a city, food will be an increasingly important issue. So there was a sense of urgency for creating a place of learning and exploring, and that would include failing and lots of blisters and sunburns just trying to make it work.”

Hodge and Williamson combined visions that summer to start the Center for Urban Agriculture on a corner of the KBGA grounds. According to Hodge, now the director of the CUA, the work of the Burundian immigrants inspired the vision and provided the foundation around which the CUA is based.

This summer, the 18-acre CUA is an abundant patchwork of plots of mid-summer vegetables and native and cultivated flowers. Hodges says the CUA supports about 145 gardeners, all East Knoxvillians, who grow vegetables for their personal use and for sale. A high tunnel greenhouse is reserved for market gardeners. One of the CUA market gardeners takes produce to the Market Square Farmers’ Market, another sells vegetables at an East Knoxville flea market, the rest sell to friends and neighbors through informal networks.

Hodge is encouraged by the city administration’s urban agriculture initiative. He says the new zoning ordinance is “fantastic” and recently spoke in favor of it at a City Council meeting. Hodge says the ordinance serves to lower unnecessary restrictions, allowing neighbors to combine land and resources to garden cooperatively. 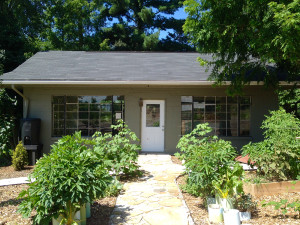 In January, City Council approved a $250,000 city community agency grant to renovate three derelict buildings left over from the former Howell Nursery, the family business that occupied this property for over 200 years, closing in 2003. The most costly project will be converting the large wooden barn-like main office to the CUA’s administrative office and community kitchen. A large old shed will become an indoor farmers’ market and food storage facility, so gardeners will be able to preserve and sell their produce on-site. Right now staff and volunteers are clearing out debris and salvageable materials. The transformation of a small cinder-block outbuilding into the “education cottage” is nearly complete. The large many-paned windows, broken last year, are re-glazed, and the roof is new. Picnic tables with children’s’ art supplies sit ready for young visitors to the farm.

The CUA partners with many local organizations, namely churches and schools, to provide agricultural learning opportunities. Pellissippi State Community College offers an Urban Agriculture Certificate, and students fulfill their service requirements at the CUA. CUA is currently starting a pilot urban agriculture program off Selma Avenue in partnership with the Knoxville Community Development Corporation. The center has helped establish parishioners’ gardens at churches such as the Community Evangelistic Church on Boyd’s Bridge Pike, visible from the CUA campus. The Every Child Outdoors Garden, a University of Tennessee program hosted by KBGA and funded by the Tennessee Department of Health, is located on the CUA’s campus. Both entities are kept afloat by a patchwork of donations and grants that Hodge is constantly applying for and stressing about, as is common in the world of non-profits.

Hodges’ salary is paid by a Tennessee Department of Health grant to alleviate diabetes. His small staff includes a garden manager, Daniel Aisenbrey, and an Americorps volunteer, Charlotte Rodin, who wrangle volunteers, teach visitors about the farm, and run day-to-day operations. Now they are preparing for an Aug. 29 event offering seminars on home gardening techniques. It will be a free family event with food trucks, roasted corn, and a watermelon-eating contest.

On a recent visit, the CUA is a cheerful place. From the sunny hill overlooking the farm, one can spot Jack Ndayise and his family moving through the stalks of corn. A group of young volunteers are working with rakes and hoes. An older retiree checks on his tomatoes. Bright flowers attract butterflies in the ECO garden. At the same time, societal problems of obesity, chronic health problems, and poverty loom over the tedious logistics old-building renovation, farm maintenance, and carving out a new non-profit.

“It’s not without many challenges,” Hodge says. “We’ll figure it out together.”