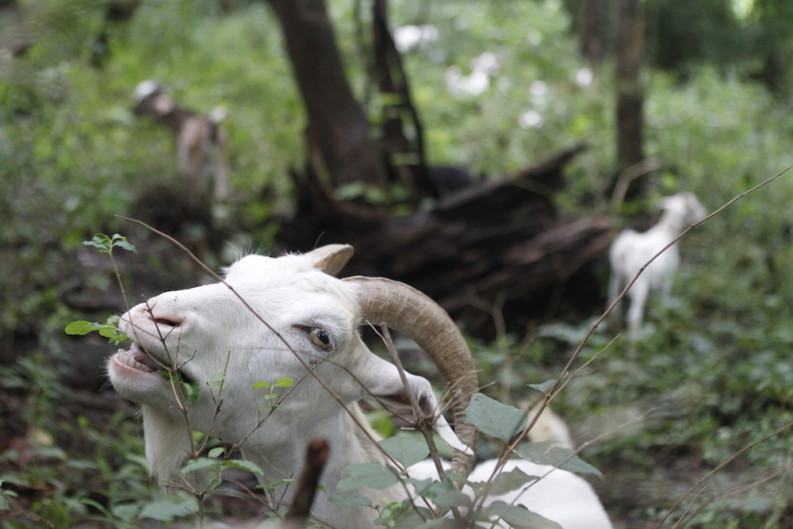 Goats will eat just about anything—and if you’re looking to clear out 10 acres covered in kudzu and other invasive plant species, that’s a good thing.

A herd of goats released in East Knoxville on Wednesday didn’t waste time before sinking teeth into the thick undergrowth blanketing the Williams Creek Urban Forest. As soon as the gates opened on the trailer from Whistlepig Farms, the 23 or so living lawnmowers started munching their way through the thick brush. Within a few minutes, all but one had vanished in the foliage. 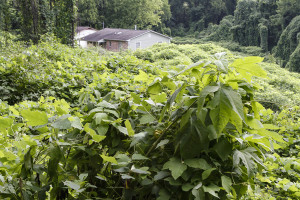 Over the next three months, through October, these goats will devour almost everything in their paths, from kudzu and privet to honeysuckle and knotweed. In the process, the furry farmhands will clear out many invasive plants choking the land and help transform a once blighted property from former dumping ground to community walking path. At least, that’s the plan.

“We’re hoping to do some resculpting [of the land], get rid of the road and put some trails in, and eventually we’d like to create a greenway that goes up to the Botanical Gardens,” says Renee Hoyos, executive director of the Tennessee Clean Water Network. For more than a decade, her organization has been working to clean up the 10-acre swath near the corner of Brooks Avenue and Daily Street, first challenging KUB in court over Clean Water Act violations in Williams Creek, then buying up 21 parcels surrounding the waterway, and now spearheading restoration efforts. So far, the nonprofit has spent about $300,000 in grants and settlement money purchasing the properties and sprucing up the place, Hoyos says. The goats cost between $6,000 and $8,000 each year, she says.

“East Knoxville is behind other sectors in terms of park land, so it feels nice to work in a part of the city where there’s a real need,” Hoyos says, noting the land TCWN purchased has since been handed over to the city of Knoxville. “It’s important for kids to have a wilderness experience even in an urban area. They need to get out there and get dirty, but it needs to be in a safe environment.” 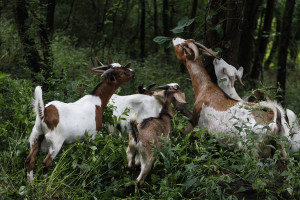 For many years, the area now known as the Williams Creek Urban Forest wasn’t exactly a place for kids. Issues with sewage overflow and water quality in Williams Creek led TCWN and the Tennessee Department of Environment and Conservation to file suit against KUB in 2003. Two years later, the utilities board agreed to a consent order to clean up and make needed repairs to its system over a 10-year period, which it completed this May.

“KUB has demonstrated a serious commitment to address its long-standing sewage overflow problems,” EPA regional administrator Heather McTeer Toney said at the time. “KUB’s efforts have resulted in a dramatic 82 percent drop in sanitary sewer overflows between 2003 and 2014, ensuring improved water quality for the people of Knoxville.”

During that time, the utilities board replaced or rehabbed 6,971 manholes and more than 275 miles of sewer lines, constructed six storage tanks, began two water treatment plant projects, and implemented a more robust maintenance program, according to the EPA. 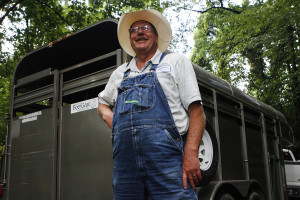 Illegal dumping has also been a problem on the site. City workers removed 750 tires from the lot once covered by kudzu and other growth. “There have been times when I’ve gone out there and there was an entire house worth of stuff [dumped off the side of the road],” Hoyos says. To that end, a portion of Daily Street was closed in an effort to stub the flow of trash. It seems to have helped, she says.

The goats have already made some headway, too. It’s their third year on the job, and already they’ve knocked back invasive plant species and other weeds on parts the property by about 80 percent, according to Hoyos’ estimates.

“You can spray this stuff with herbicide, but eventually that will get into the water table,” says Richard Gibbs, owner of Whistlepig Farms in Thorn Hill. “The only byproduct from this is a little manure falls on the ground.”

Gibbs says that, on average, goats reduce invasive plant populations between 60 and 70 percent over three years. This summer will be the last that goats graze on the five acres of the Williams Creek Urban Forest east of Daily Street, but if funding comes through they’ll be back again to finish work on the western portion of the property, Hoyos says.

Plans for a walking trail and greenway are still at least a few years away from completion. Other things still need to happen first, like the installation of a turnaround for fire engines and other emergency vehicles. In the meantime, folks are welcome to come by and see the goats. Just watch out for the electric fence and their guard dog, Jeannie. 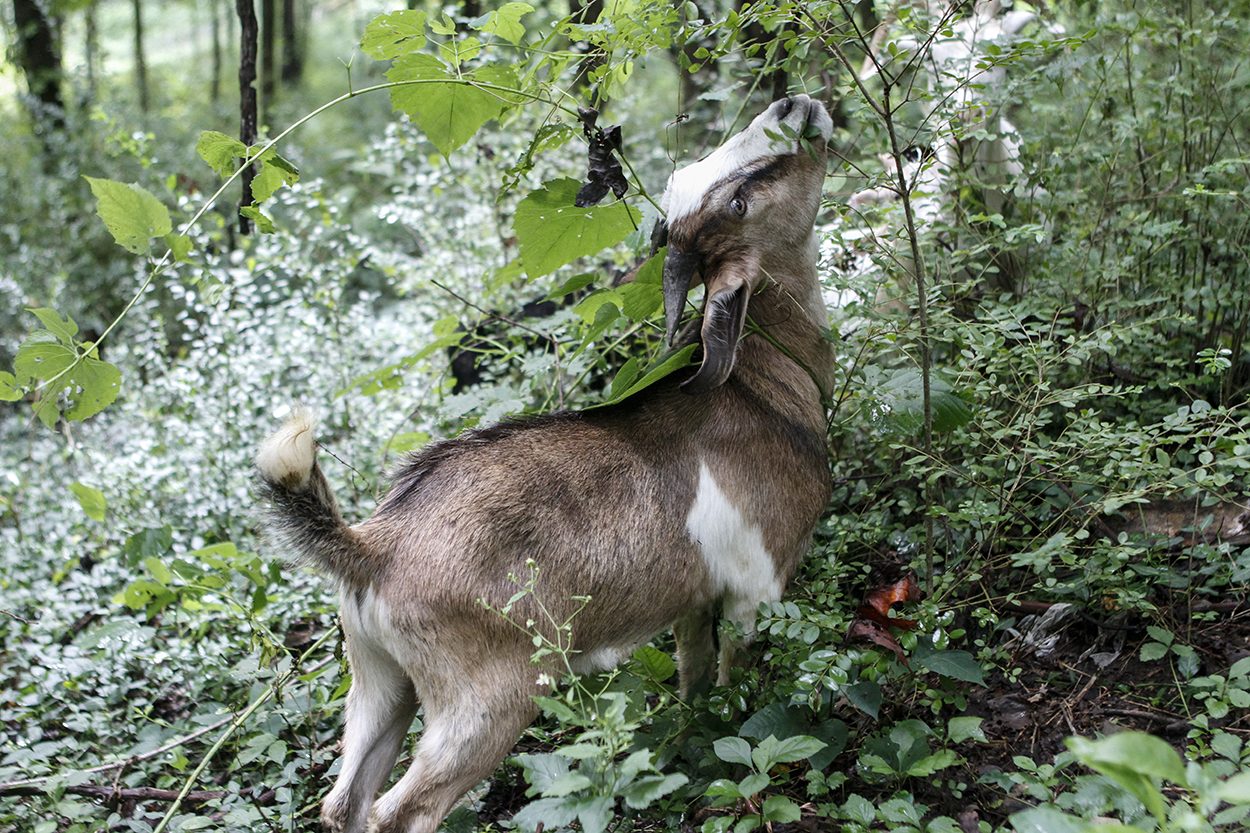