A Guide to the Best Elmore Leonard Film Adaptations From the Knox Co. Library - The Knoxville Mercury 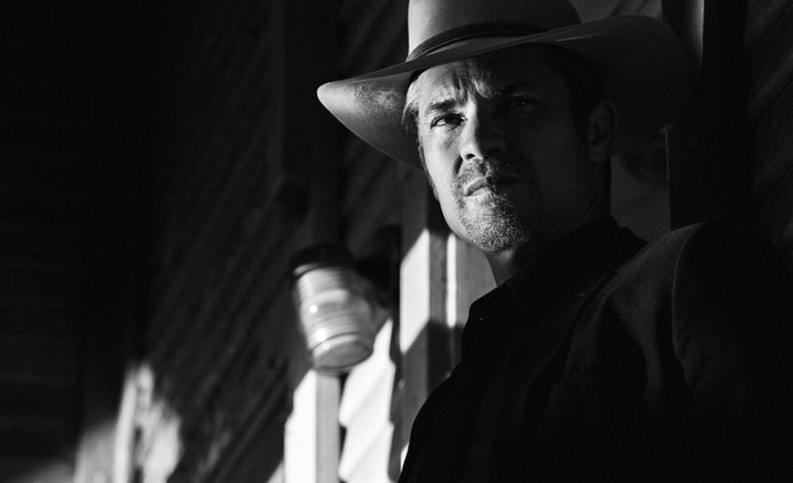 Since there are more than 40 film adaptations of Elmore Leonard’s novels, Westerns, and short stories, you might imagine that he wrote with the screen foremost in mind. In interviews, Leonard has belied that notion. He considered his best writing to be primarily studies of character and explorations of inner lives, in contrast to Hollywood’s penchant for mundane plot drills.

Hombre and The Tall T
Two genre-defying films disguised as Westerns contain great examples of Leonard characters who, by demonstrating some sort of moral authority among others, navigate circumstances and consequences that map a plot only in retrospect. In Hombre, Paul Newman’s John Russell deconstructs greed and prejudice, two vices that regularly serve as plot engines in the Old West on film. Pat Brennan, sublimely portrayed by Randolph Scott, undoes the black-hatted Richard Boone as much with his quiet dignity as with his wits and marksmanship in The Tall T.

Jackie Brown
Quentin Tarantino’s personalized variation of Leonard’s novel Rum Punch is supposedly the late author’s favorite adaptation. Making the film’s female heroine black instead of white enabled Tarantino to cast blaxploitation diva Pam Grier out of retirement and enabled him to employ a classic soul-music soundtrack both as agent of change and Greek chorus without seeming contrived. There are guns in the hands of confirmed killers and there are traps set for almost all of the heroes. But the most unnerving thing in this movie is Samuel L. Jackson’s third-act creepy skullet hairdo, all back-lit and frizzy.

Out of Sight
Steven Soderbergh directed this faithful version of Leonard’s 1996 novel. George Clooney is ideal as smooth-talking Jack Foley, a career bank-robber who eschews guns. We get to know his not terribly well-chosen accomplices (Don Cheadle, Steve Zahn, and Ving Rhames) and the law-enforcement officers trailing him from Florida to Michigan (Jennifer Lopez, on point). Swag varies from a bunch of uncut diamonds to the sort of trophy takedowns that movie cops supposedly live for. The story works and surprises the viewer because Leonard and Soderbergh are capable of revealing that each of the players is motivated by something other than the obvious, from romance to redemption.

Justified
Nobody likes a columnist who assigns homework. However, what you gain from this FX series is likely to increase manifold if you get to know U.S. Marshal Raylan Givens in the novel Pronto, where he was introduced, and its sequel, Riding the Rap. Leonard spent his formative years in Detroit, the son of an auto-industry executive. Detroit’s factories were staffed largely by refugees from coal-mine country, and Leonard’s depictions of Eastern Kentucky environs and natives are pretty spot-on. Givens, played by Timothy Oliphant, quells a lot of crime and kicks a lot of butt in Justified. Much of his persuasive presence stems from a Stetson-shaded poker face plus handgun plus comic timing of grown-up playground-style insults. But over the course of six seasons, it becomes clear that Givens usually prevails because he is more organized than his foes, and he practices.