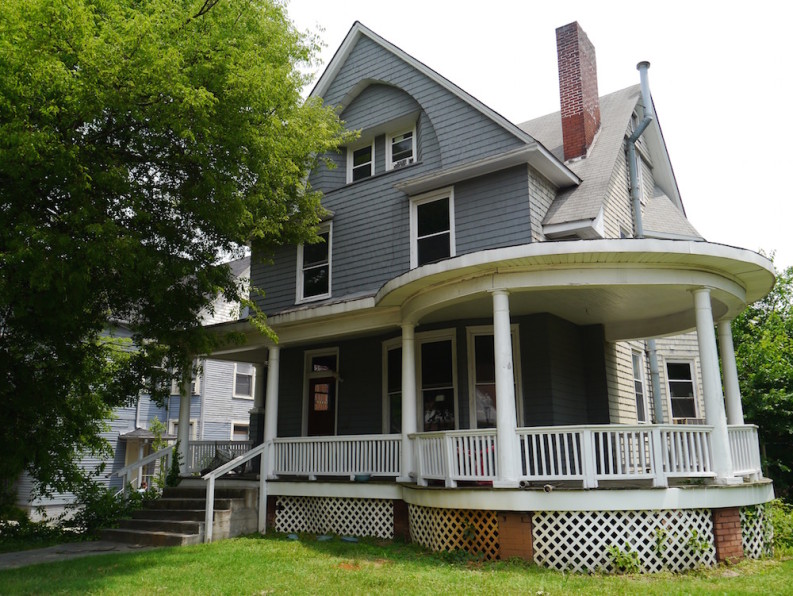 The three Victorian houses on the 1300 block of White Avenue, the subject of years of concern on the part of preservationists, will soon be gone, though it’s still likely one will be moved. The one at 1312, which was purchased to be moved, is apparently doomed for lack of a feasible place to put it.

The one on the corner, at 1302 White, is being prepared for a move to Clinch Avenue, sponsored by developer Carl Lansden. Moving a house is always a logistical feat, and never certain.

The one in the middle, the once-celebrated “Judge’s House,” was not purchased, and will be demolished.

It’s all a damn shame, and an unnecessary loss.

The wooden Victorian houses from the 1890s would be worth saving anyway, as good examples of their kind, and as convenient and comfortable places for anybody to live.

Their destruction also represents the first violation of a dramatic 2000 agreement brokered by the city of Knoxville. A months-long series of negotiations between the major stakeholders sought to protect the best remaining architecture of historic Fort Sanders. High-ranking University of Tennessee representatives, including a president, were present at those talks, and agreed to them with a handshake, but that was a couple or three administrations ago. It’s a cautionary take, when dealing with UT, which is entitled to override city statutes: Be sure to get a signature.

Then there’s the issue that UT spent $2.6 million for the houses. A survey of comparable property nearby suggests that much of what UT bought was the value of the houses, one of which had been carefully renovated, not just White Avenue acreage. UT could have bought much-cheaper property within a block or two.

Demolition would seem a mistake, even if the houses weren’t associated with important historical figures.

The university likes the been-here-forever look of collegiate Gothic architecture. In fact only one academic building on campus is older than any of these three houses. They were a quarter of a century old when UT built its signature building, Ayres Hall. One White Avenue resident watched its construction out his back window with special interest, and had a major influence on Ayres Hall’s design.

That was professor and author Charles Ferris, namesake of UT’s Ferris Hall, who’s remembered as UT’s first dean of the college of engineering. For those who respect athletics and architecture, he was more than that. Ferris (1864-1951) was the guy who started the effort, back in 1912, to establish a proper football field, an effort that culminated in what we now know as Neyland Stadium.

And it was revealed only at the time of his death that, when UT was planning to build a simpler, cheaper new main building on top of the Hill, it was Ferris who insisted that Ayres Hall should have a central tower. It would be expensive, but even an engineer saw there was power in symbolism for a university.

That’s partly my point with this column.

The house on the corner of 13th Street has been known as Three Chimneys. It was the longtime home of Cooper D. Schmitt, one of the most popular professors in UT history—quite an accomplishment for a math teacher. Schmitt (1859-1910) organized UT’s first athletic association, in the 1890s. He was dean of students in 1910, when he collapsed in a lecture hall on the Hill. He was carried to his beloved home, where he died.

There’s a UT memorial scholarship in Schmitt’s name, still active 105 years after his sudden death in this house that’s in the way. There’s a plaque in Schmitt’s honor on the wall at the Austin Peay Building: “To live in hearts we leave behind is not to die.”

The same house is potentially more famous for his son. Bernadotte Schmitt grew up at 1302 White, and lived there when he earned the Rhodes scholarship. Bernadotte Schmitt (1886-1969) referred to that house in his lectures, describing the day in the summer of 1914 when he heard the world was at war. His book The Coming of War won the 1930 Pulitzer Prize. For it, he interviewed key figures, including even Kaiser Wilhelm himself.

UT has long been fond of boasting its “seven Rhodes scholars, six Pulitzer Prize winners.” But why be so vague? Wouldn’t it be great to be able to point to a tangible heritage, and say, “A UT student won the Rhodes scholarship when he was living in that house. He later won the Pulitzer Prize. Wouldn’t you like to come to school here?”

It could be an honored faculty residence, or part of a competitive graduate scholarship in history or math. But special heritage-related residences probably seem highfalutin, the sort of thing some Top 25 university would do. In its attitude toward its own heritage, UT is as doggedly pragmatic as any suburban vocational school.

All three houses have associations with UT history, and could be academic landmarks.  But in the three years I’ve been following this story, I can’t tell that the houses’ UT history has ever been of much interest in the administration.

When it comes to UT’s academic heritage, I sometimes wonder whether anybody’s minding the store.

Bernadotte Schmitt is one of UT’s most accomplished alumni. But on UT’s website in the description of the math scholarship established in his father’s memory, his Napoleonic first name is rather badly misspelled. Following is a major misstatement about his biography. I keep expecting somebody on staff to fix it. But I’m not sure there’s anyone who would notice.

To be fair, Schmitt’s spelled and described accurately elsewhere on the website, which does include an interesting historical section. It was written in the 1990s by my favorite professor and a good friend, the late Dr. Milton Klein. It hasn’t been revised in 14 years.

Is there’s anyone in a position of influence on UT’s staff who follows UT history? UT’s president and chancellor are both relatively new to town; 10 years ago, they were both employed by the University of Florida. Of UT’s Board of Trustees, only about a quarter live in Knoxville. You can’t blame them if they’re not all that interested.

Something seems missing there. For now, say goodbye to three fine old houses.