Halfway Through, the Second Season of 'True Detective' Is the Best Show on TV - The Knoxville Mercury 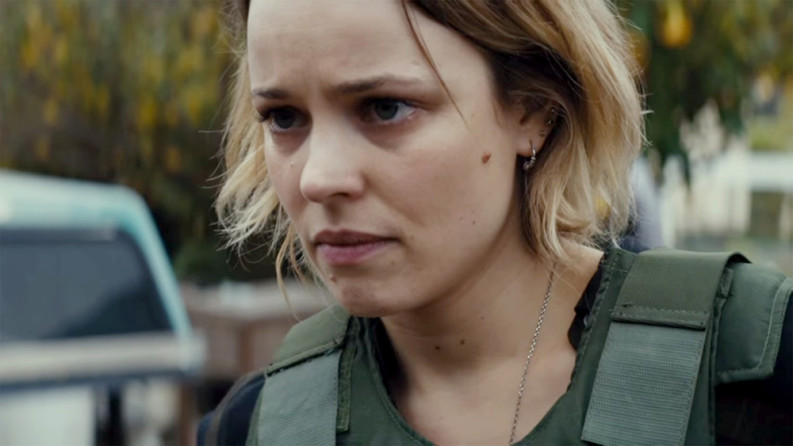 Season two of True Detective, now halfway through its run, is by a generous measure the best thing on TV. Gone are the head-spinning time leaps and abstruse philosophical digressions of the fantastic first season. The current installment, featuring a new location, cast, and storyline, is a leaner beast: brutally efficient southern California noir. But the tone is more Dashiell Hammett than Raymond Chandler.

Cops and crooks don’t trade witty quips in Vinci, the fictional city on the fringes of L.A.’s vast sprawl where the story takes place. Like Personville—nicknamed Poisonville—in Hammett’s 1929 masterpiece Red Harvest, Vinci is a character in itself. Frequently seen from above, the city is remote, bleakly industrial, and corrupt to the core.

For all of its eccentric asides and byzantine plotting, True Detective’s first season was fundamentally a tale of male friendship. Detectives Marty Hart and Rust Cohle (beautifully acted by Woody Harrelson and Matthew McConaughey) were damaged souls whose tempestuous relationship over time made them stronger people. They achieved justice in the end, but more to the point, redemption.

The new season is an ensemble piece featuring four key players whose fates converge around Vinci’s slain city manager. Everyone, to put it plainly, is messed up. And the odds seem slimmer that the story will end with talk of the stars and a nod to the world’s inherent grace.

It begins with a beguilingly tender scene in which Vinci police detective Ray Velcoro (Colin Farrell) tries to comfort his awkward and overweight son as he’s dropping him off at school. Though the interaction is strained, there appears to be real feeling between the two. “I love you, buddy,” Velcoro tells his son as he exits the car—a marked contrast to a later scene where his rage overtakes him and he threatens the boy, now mute with fear and clinging to his stepfather.

Velcoro’s son, it turns out, may be the product of a brutal rape. Some years back Velcoro murdered his wife’s attacker, whose name was provided by local heavy Frank Semyon (Vince Vaughn) in a devil’s bargain that compromises Velcoro and sets off a titanic inner struggle. Farrell is a gifted actor when he chooses to be, and his work here is remarkable. He conveys a range of feeling, from raw-nerve sadness to dark amusement to seething anger, often using little more than slight voice modulations and his wildly expressive gaze.

Vaughn fares less well. Though admirably ditching the motormouth persona that’s been his bread and butter for years, he isn’t quite believable as a kingpin, particularly when Frank’s empire teeters and he’s forced into thug mode, re-establishing his dominance in a world he’d hoped to leave behind. Vaughn is better in quieter moments, and still does plenty with the character as his veneer of civility slowly slips away.

The show’s true star is Rachel McAdams, who will obliterate any image you may have of her as a bubbly heroine of romantic comedies waiting patiently for a kiss. Her portrait of Ani Bezzerides, a Ventura County Sheriff’s officer roped into the Vinci morass, is searing and unforgettable. And if the reasons for Bezzerides’s demons are, on paper, too tidy—dead mother, estrangement from her quasi-cult-leader father—McAdams’ controlled performance renders them convincing onscreen. One hopes she’ll be as praised for her fearlessness as Matthew McConaughey was after his turn as Rust Cohle.

Rounding out the core cast is Taylor Kitsch, who made his bones playing the tormented (and extremely hot) Tim Riggins on Friday Night Lights and here plays closeted cop and war veteran Paul Woodrugh. Kitsch has dipped his toe in wannabe-blockbuster fare like Battleship and the underrated John Carter. But as he proved in Savages and last year’s The Normal Heart, he’s more interesting than that, a character actor with a model’s face and an action-hero body.

Sunday’s episode ended, after weeks of near misses and growing dread, with an utterly berserk shootout (one of the best I’ve seen since Michael Mann’s Heat) that left seemingly dozens dead and Velcoro, Bezzerides, and Woodrugh in a state of shock. It was an explosive sequence, executed with maximum skill, and set a high bar indeed for the rest of this already thrilling season.