Knoxville’s Lions Prepare for a Turning Point - The Knoxville Mercury 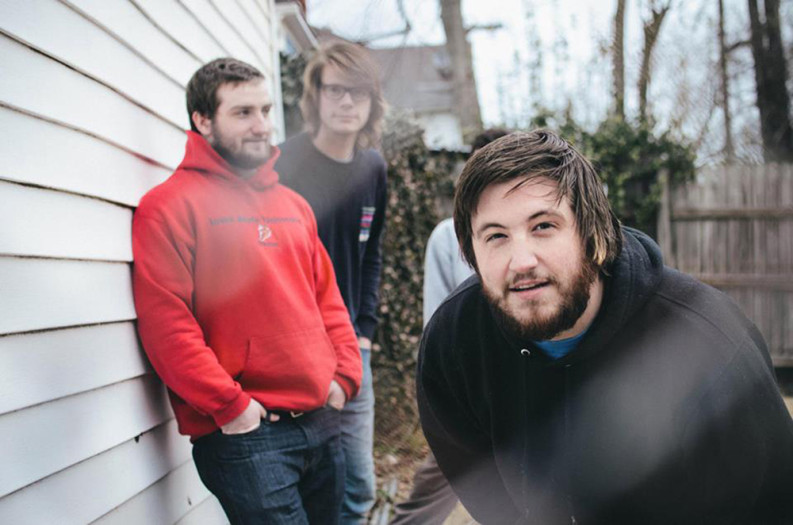 Josiah Smith, frontman for the local math-rock outfit Lions, had one simple request for the dozens of fans packed upstairs in the Longbranch Saloon for the band’s last hometown show before a summer tour.

“Can we please try not to damage the pedal board tonight?” Smith asked. The singer/guitarist’s array of effects pedals often finds itself in harm’s way at Lions shows. That’s due in part to Smith’s preference for standing on the floor even when there’s a stage available, but mostly it’s because audiences at the band’s local gigs tend to move: Sweaty bodies collide and hair flies, and most of the people in the crowd can sing along to almost all the band’s lyrics. Lions’ music—an emotional, caffeinated mix of twinkly emo, anthemic pop-punk, and technically adept indie rock—promotes constant motion and scream-alongs. A sound guy standing guard over the pedal board isn’t an uncommon sight at these shows.

Still, an equipment mishap at that June show could have been especially disastrous. The ensuing tour was Lions’ biggest yet; though they’ve toured up and down the East Coast since releasing the MTNZ EP in 2012, this three-week stint took them to the West Coast for the first time. It also happened in the midst of the band’s work on their as-yet-untitled debut album, which Smith estimates is 40 percent done.

“We were like, we need to go out there and complete a sector—do basically a full U.S. tour, let people know we’re coming out with new music, play the new songs, and show people some of our back catalog for anybody who doesn’t know who we were, and also close the book on all the places we never thought we’d go,” he says over the phone from somewhere near Albuquerque, N.M.

Smith and the rest of the band have kept details about the album a closely guarded secret. Smith says they’ve recorded drums and bass over weekends at studios in Atlanta and Nashville, and they should have the whole thing finished by the end of the summer, but he won’t go into specifics. He says he wants everyone to get details at the same time, largely because the band crowdfunded the album via an Indiegogo campaign.

“We didn’t want to ask for money in the first place, but it’s kind of like, this is tug of war,” he says. “We have no illusions of grandeur. We’re a working-class local band. We like to think we bust our ass in a lot of aspects, but we’ve always given away our music for free. So how can you have this reservoir of money to go record and tour if you give it away for free?”

Lions’ profit-averse, largely DIY roots—free music online, shows where the cover or donations go straight into touring bands’ gas tanks—reach back to the early part of the decade, when Smith, then 20, started writing personal, emotionally direct songs. Since then, the band has released MTNZ and two other EPs; last year, they contributed to a four-way split on U.K. label Enjoyment Records.

The forthcoming album marks a turning point in the band’s career. It’s the sound of them changing, Smith says, from a band defined by its influences, one that recorded because that’s what bands do to a band with a focus on songwriting, with discernible goals and high-quality production, and with a distinct voice.

“That’s what’s been four months of my life,” he says. “Sitting in anxiety, pushing myself, recording, and getting the best of myself out of this. And I know that’s how the other guys feel, and I’m getting to share that and enjoy that with people.”

For Lions, now more than ever, sharing includes extending the band’s reach outside of Knoxville. They plan to tour again in August and perhaps more later in the year, and Smith says they hope to put out two split releases with other bands soon. Even so, he says Lions owe a great deal to the frenetic local fan base—even if, he says, he can’t figure out why people like them so much.

“We love playing shows, even if there were 20 people,” he says. “The fact that there are 80 or 100 people coming and pushing me around and screaming in my face—screaming at all—we love that. It makes us so happy to have a community and a family every time we go out onto a stage.”

With 2015 as a transitional period, Smith’s description of the new album’s subject matter seems appropriate. At 25, he’s the band’s oldest member; the other three are 23, and all four are on “a cool, scary cusp” of their lives, he says, a time of post-collegiate pressure and emotional uncertainty. He says he hopes listeners can identify with the lyrical content, and that maybe his words could help someone in some way.

“Some of it’s probably darker than we’ve ever done,” he says of the new material. “It’s really just me sitting there and reflecting on how everything’s going to be okay, but you’re at a point where it just doesn’t feel like it’s ever going to be okay. But there’s this definite positive overarch that it’s going to be okay. And it’s okay to feel things, both good and bad.

“You should feel free to move on.”