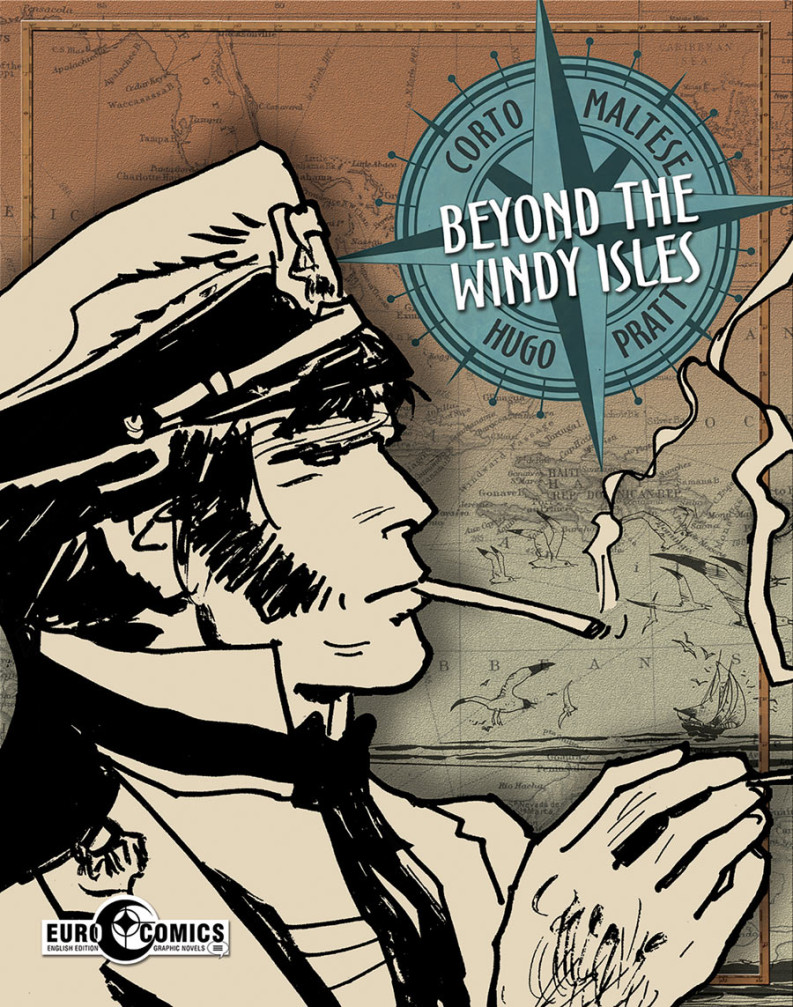 The Italian cartoonist Hugo Pratt introduced his most famous character, the cynical sailor and “gentleman of fortune” Corto Maltese, in 1967. Maltese fit the mood of the times—a classic antihero, a romantic dropout whose jaded sensibility masks a crusading impulse, a roguish loner who always finds himself in the middle of a lost cause. He’s a peer of Sergio Leone’s Man With No Name, Raymond Chandler’s Philip Marlowe, and the protagonists of Easy Rider. “Maybe I’m the king of idiots, the last representative of an extinct dynasty that believed in generosity! In heroism!” he sneers sarcastically after standing up to a bully.

Through the 1970s and ’80s, Maltese became one of the most popular and acclaimed comics characters in Europe. Like most European comics, though, Pratt’s Corto Maltese adventures have remained inaccessible and virtually unknown in the United States. A few scattered translated editions appeared over the years but quickly went out of print, and import copies have only been available at premium prices.

In 2012, the small publisher Universe released a translated edition of the first Maltese story, The Ballad of the Salt Sea, a long tale of high-seas double-dealing set on the eve of World War I. As welcome as it was, the Universe edition was a critical disaster—the resized and reformatted book broke up the narrative flow of Pratt’s story and art, shrinking the original albums down to the size of American comic books. The most widely circulated review was a blog post titled “How to Destroy a Comics Classic.”

But Universe’s misfortune had at least one positive outcome: IDW Publishing, known for its award-winning collections of classic American newspaper strips like Dick Tracy, Little Orphan Annie, and Terry and the Pirates, issued the second batch of Corto Maltese stories, Under the Sign of Capricorn, in January. Another volume, Beyond the Windy Isles, was released earlier this month, with 10 more to follow. It will be the first complete English-language version of the series; based on IDW’s record and the quality of the first two entries—Under the Sign of Capricorn was nominated for a 2015 Eisner Award—it appears that Corto Maltese has finally arrived in the U.S. with style.

The first two volumes are impressive, if not quite heirloom quality—heavyweight paperbacks with black-and-white reproductions of the original art and a new translation by IDW’s Dan Mullaney, who oversees the company’s Library of American Comics imprint, and Hofstra University professor Simone Castaldi. The art is glorious—Pratt’s sketchy lines and expressionistic backgrounds stand out on the high-quality pages—and the translation appears to be first-rate, with clear exposition and laconic wit.

The action in the two IDW collections shifts from the South Pacific to the Atlantic coast of South America. In the first panel of Capricorn, set in 1916, we meet Corto Maltese, relaxing on the veranda of a bar in Paramaribo, the capital of what is now Suriname. “Even in repose, it was obvious he was a man of destiny.” Within a few short pages, Maltese has encountered a disgraced expatriate professor and a British orphan of mysterious origins. They set off for Brazil, searching for clues about the lost city of Mu and fleeing from an international conspiracy; along the way, they get caught in an anti-colonial uprising and see their search for hidden treasure undone by the treachery of Maltese’s frequent nemesis, the pirate Rasputin.

Beyond the Windy Isles finds Corto Maltese suffering from amnesia, fighting against crooked revolutionaries and banana imperialists, and taking on slave traders. It’s all classic boy’s adventure stuff, indebted to Robert Louis Stevenson, Edgar Rice Burroughs, Tintin, and Jack London (whom Maltese counts as an acquaintance): lost civilizations, espionage, and star-crossed romance set in exotic ports and on uncharted islands. But there’s an added dimension here; the disillusionment of the post-colonial era, when European governments were expelled from Africa, South America, and Southeast Asia, sets a cynical mood over the Corto Maltese stories. It’s grown-up adventure that grapples with the legacy of centuries of imperialism.