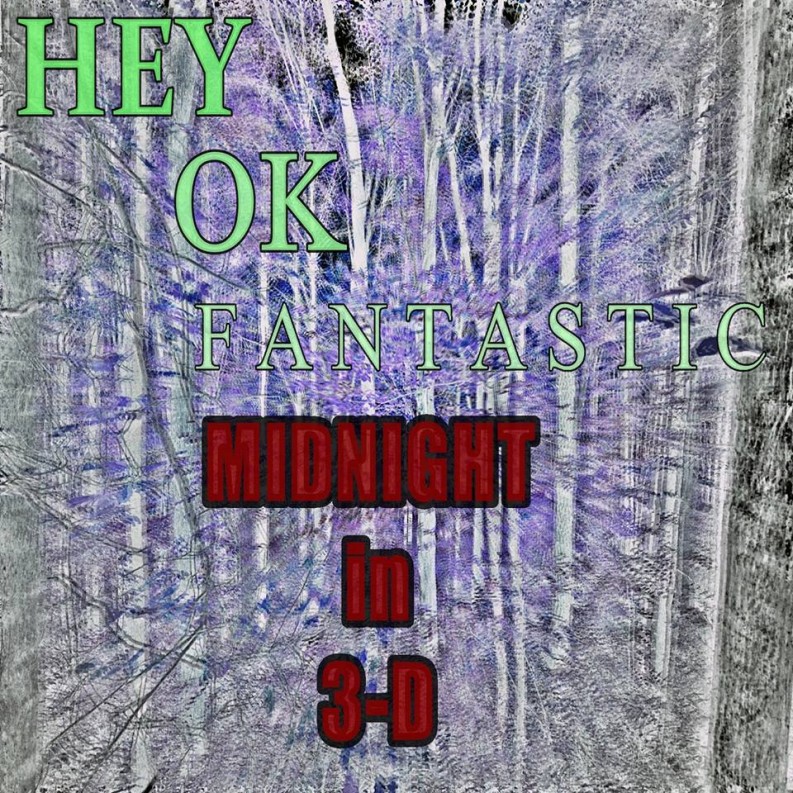 The members of the eccentric local band Hey OK Fantastic have had a hard time letting go—almost as much trouble as they’ve had keeping the project going. The band played regularly from 2008 through early 2012, then took a two-year break. When they reunited at the end of 2013, it was only long enough to play a couple of local shows before they called it quits again, this time, apparently, for good. Now, more than a year after their farewell show, Hey OK Fantastic has made a new album—the last, they say—available for free download.

It’s hard to say Midnight in 3-D has been worth the wait. Hey OK Fantastic never amassed a big local following, so their absence from the scene might never have registered with most music fans. On top of that, the group has been, even at its best, an acquired taste. Singer and songwriter Alex Minard has a penchant for odd imagery and unexpected perspectives—check out “Baby in a T-shirt” here—and isn’t afraid to go after some operatic grandeur. The band is clearly ambitious, aiming for a kind of jazzy psychedelic guitar pop somewhere in between the Flaming Lips, early Pink Floyd, Rush, Ween, and Frank Zappa.

But Midnight never really pays off. Instead, we’re left with a quirky parting shot that meanders more than it sticks. A handful of tracks—“Who’s to Say,” “The Birthday Party,” and “Beware the Moon”—show the band working through an epic kind of new wave, like the Talking Heads covering Led Zeppelin’s “No Quarter.” But there’s way too much lightweight and forgettable material around those songs to make Midnight worth the effort.