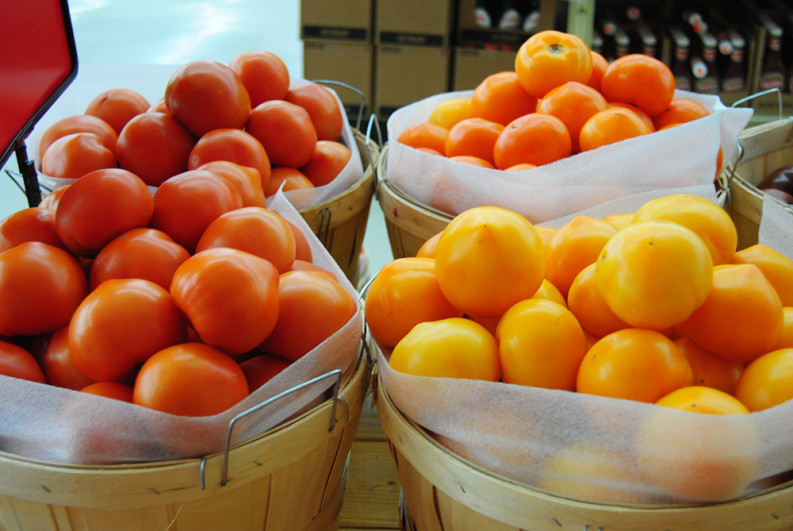 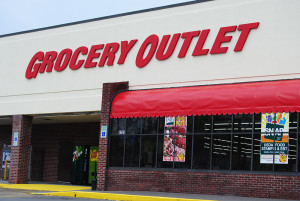 I am looking at a shiny refrigerator at the United Grocery Outlet that grandly reopened at 4225 Chapman Highway two weeks ago. It’s stuffed with fresh deals like 5 pounds of fresh drumsticks for $1.99 and backed with a window displaying a butcher industriously preparing a huge batch of beef.

But I am seeing discount peanut butter and little containers of applesauce from the days when Wade Slate and I were a new couple and just figured all would be well when we slung my two kids and his three from Virginia together for six weeks in the summer. We didn’t have a vehicle that would hold us all; I remember more than one trip with a few kids sitting behind the passenger seats in his truck as we headed to the Smokies or Chapman Recreation Center pool.

We were tight on cash and everyone was all-day-playing-sharks-and-minnows hungry, and we haunted the Bargain Barn, as it was known for its first couple of decades, for goodies. This was probably 20 years after teenager Michael Tullock, Bargain Barn co-founder, famously started with his first grocery outlet working out of his parents’ antique store in Etowah, Tenn.

Just a partial list of my memorable “scores” for those madcap ’90s summers include: 3/$1 superhero shaped Kraft Mac and Cheese, 2/$1 Cheezits, 3/$1 spices, endless iterations of the then-new Gogurts and Lunchables, $1 salsas, off-holiday Funfetti cake mix and icing (we’d be eating Valentine’s cupcakes at the July swim meets, quite happily.) It seems like last year.

I know some of those days dragged on and on, with me trying to work out of a home office amid bickering kids, the ants getting into our Funfetti cupcakes and causing hysterics from Wade’s 7-year-old, and at least one lice outbreak among all five kids.

And yet we blithely kept going. I remember coffee was really important to us then, a must-buy. How happy I was when Bargain Barn had this pretty tin of Maxwell House “Holiday Blend,” two packs in one for, I don’t know, $1.80? It was awful—apple cider flavor with almost a gardenia aftertaste. Even in our household, it sat on the shelf, month after month.

It’s a favorite family memory of how Wade, who never shopped, hit the Bargain Barn that November. “Got a great deal on coffee, so I got two,” he told me when he got home, “It’s called, let me see, Holiday Blend!”

The corporate charter of Bargain Barn, Inc. still remains, though many of the stores that have now spread to Georgia, Alabama, Kentucky, and North Carolina are named United Grocery Outlet.

UGO hasn’t changed in some ways: They don’t take vendor coupons, or advertise name brands. Ours still has a 25-cent soda machine, stocked with RC products, though they no longer have boxes in lieu of bags at the checkout or occasional gospel music booming over the store intercom. 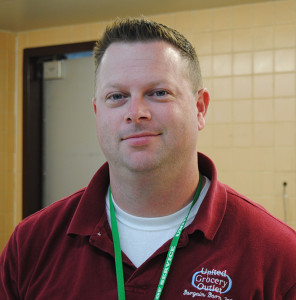 This new location, which at times has housed a Red Food (remember those?), Food City, and a large thrift store, has lots of wonderful enhancements over the former location. Starting with the fact that all the employees came with from the old location, 10 of them, and they also hired 20 more. The store is three times bigger, estimates manager Matt Storm, plenty of room for lots of fresh produce the likes of which I couldn’t have imagined in my Bargain Barn days. Fresh tomatillos, smooth-skinned English cucumbers, Cherokee purple tomatoes, baby bella mushrooms—but don’t worry, they are side-by-side with waxy ’60s salad-style cucumbers and bags of super ordinary potatoes. They also sell a staggering number of bargain items for the soul food and country chef, hard to find stuff, like lard and ham hocks and pickled pigs’ feet.

Not everything is an unequivocal great buy ($1.79 for 4.5 oz. Starkist Tuna Creations, for example), but man, do they have bargains. I’ve dragged Wade along but quickly lose sight of him when faced with the abundance: $1.99 peanut butter, some natural, some with dark chocolate; a gallon of pickled cherry peppers for $2.99; $1.69 per pound for fresh ground sausage. Tasty Ketchup for 79 cents; Tutturosso crushed tomatoes for $1, a Betty White LifeIcons book for $2.50 that was voted out of the shopping cart. Sirloin steaks for $4.99/pound, salted caramel double decker Moon Pie’s three in a box for $1.29 (I do so love to try junk food at reduced rates.)

I note with satisfaction that they are selling Halloween Funfetti cake mix, but I resist.

As I’m pulling up to the front, Wade catches up. He’s got coffee, Keurig cups, amusingly named Mountain High brand. It’s Vietnamese dark roast, 12 for $1.99, a steal. There are others that are even cheaper, he notes—a breakfast blend.

“But I’m not buying them,” he says, and for a minute I feel like the kids are waiting outside in the truck. “We don’t buy any coffee with the word ‘blend’ any more, do we?” 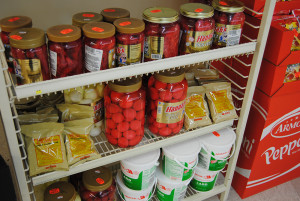