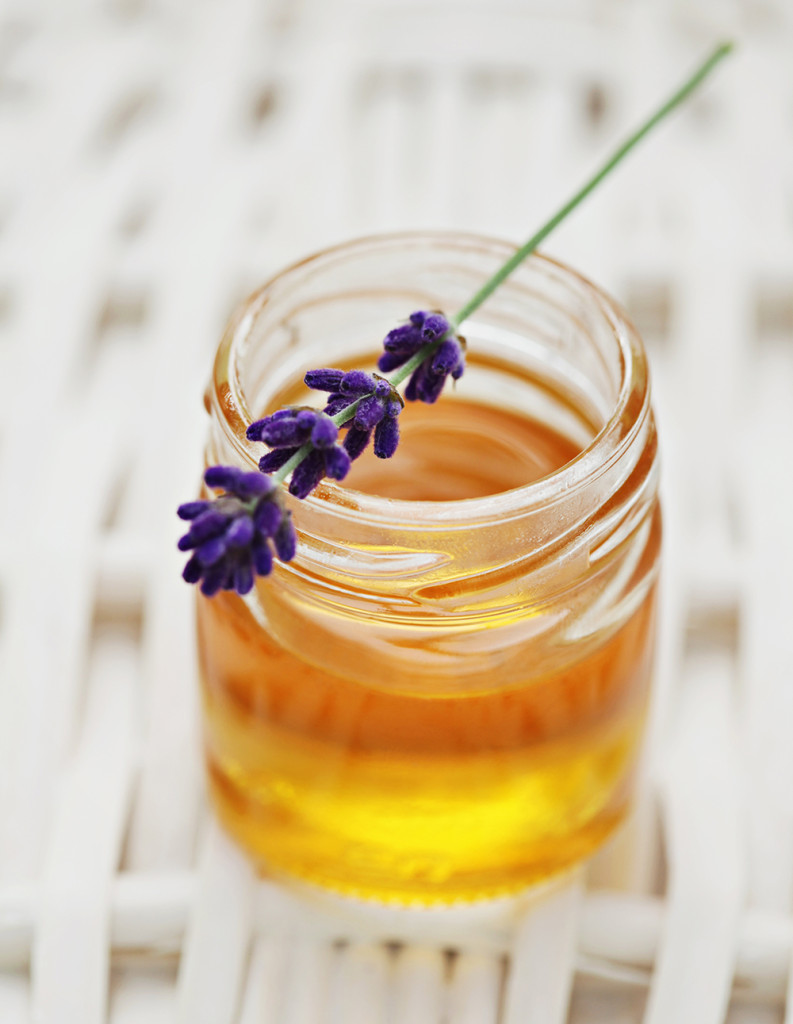 On a recent Saturday morning in Market Square, there was a wild scent in the air that soared above the usual farmers’ market aromas of bread, coffee, and garden. If you followed that scent, as I did, you’d find yourself in a very long line due to that most odoriferous of herbs, lavender. At the end of the queue of patient shoppers lay the stall for Smoky Mountain Lavender and their $3 bundles of lavender in bloom. This herb seems to have found a home in the hearts of Knoxvillians.

The line for this freshly cut lavender was fueled by the distinctive aromatic personality of the herb, which is decidedly floral and sweet and is sometimes described as having the nuance of pine and a hint of camphor. It’s a clean, fresh smell that’s popular as a scent for laundry detergent, dryer sheets, and perfume. Still, there’s a lot more to lavender than meets the nose.

There are over 400 varieties of this flowering herb, which is a member of the mint family, and most are edible. But it’s English lavender, with its particularly sweet and light lemony character that’s preferred for culinary use. You may have already eaten the herb in some American mixtures of herbes de Provence (French versions don’t often use it in the blend), and it can be used in lieu of rosemary in many dishes, particularly lamb.

Lavender has crept into Knoxville’s diet surreptitiously and often in liquid forms like lavender water or soda at the likes of the Public House, Crown and Goose, and the Peter Kern Library; Sapphire and even Bonefish Grill use lavender bitters in cocktails. But eating lavender is a whole different experience, and it’s one that you can tiptoe into via a sugarcoated path paved by two of the city’s sweetest tastemakers. They both use a spoonful of honey to help the lavender go down.

Magpies Bakery and Cruze Farm Dairy both sell lavender honey treats that are easy and delicious initiations into culinary lavender and make fantastic use of this herb’s particular affinity with honey. Honey and herbs are fond playmates. Greek bees have produced thyme honey for thousands of years, while their French cousins in Provence feast on lavender pollen to produce the famous Miel de Lavande, which, like the wines of Bordeaux and Burgundy, enjoys a protected name status.

At Magpies and Cruze Farm, the blending of honey and lavender occurs in-house. Both start with the dried bud of the flower, which is ground into a powder before use. The honey is added separately.

At Magpies, lavender shows up in the form of a cupcake. The cake itself is moist and subtly flavored only with wildflower honey and vanilla—it’s one of the most satisfying of the many tasty cakes that Magpies produces. On top of that cupcake sits a dollop of light purple lavender buttercream icing and a drizzle of honey that adds an additional sheen to this already attractive treat.

Despite the sometimes overwhelming smell of the purple herb, these cupcakes never struck me as perfumed. Magpies’ owner, Peggy Hambright, says she’s sensitive to floral aromas and is careful about how she uses them.

“We tried to make a rose buttercream once, but it was awful—too strong,” Hambright says. “But lavender is more subtle. I think it’s a lot more appetizing.” The key, she says, is balance. “We put lavender in the cream that makes the cupcake icing. We don’t use it in the cake recipe—that would be overwhelming. But I think when you put lavender with cream and honey it works—the mix brings out the sweetness, and it’s not so flowery.”

Still, there’s a lightly floral taste that’s always part of lavender’s flavor profile. In these treats, however, it’s complemented by the floral nuances that are always a part of honey.

Cruze Farm also puts honey and cream to good use in lavender honey ice cream, which comes in an appetizing shade of yellow cream. The dairy adds lavender powder to the ice cream base, which includes cream, sugar, and egg yolks. Co-owner Colleen Cruze laughs when she admits that she wasn’t sold on the idea.

“Honestly, when we first started making it, I was not obsessed with it,” she says. “But the girls who work at the dairy were, and they kept forcing me to make it. … It’s one of our most popular flavors. It grew on me, but I think a lot of that is mental. A lot of people think that it will taste like soap, but then they try it and they start craving it.”

Cruze likes the honey element a lot. “It makes the ice cream better,” she says. “It gives it a really nice texture.” It’s hard to imagine that Cruze Farm ice cream could be any easier to swallow, but the honey lavender flavor is particularly unctuous.

As with Magpies’ cupcake, the taste and texture of honey predispose the palate to be happy with whatever follows; once the lavender flavor appears, it’s so very well wrapped up in honey and cream that it tastes like something you’ve always loved.

The cupcakes only show up periodically, so it’s worth keeping an eye on Magpies’ social media to find them. Cruze Farm regularly includes this flavor in their Saturday morning lineup at the Market Square Farmers’ Market, but you’ll want to get your ice cream early, since they frequently sell out. You may have to get in line, but apparently lavender is worth the wait.