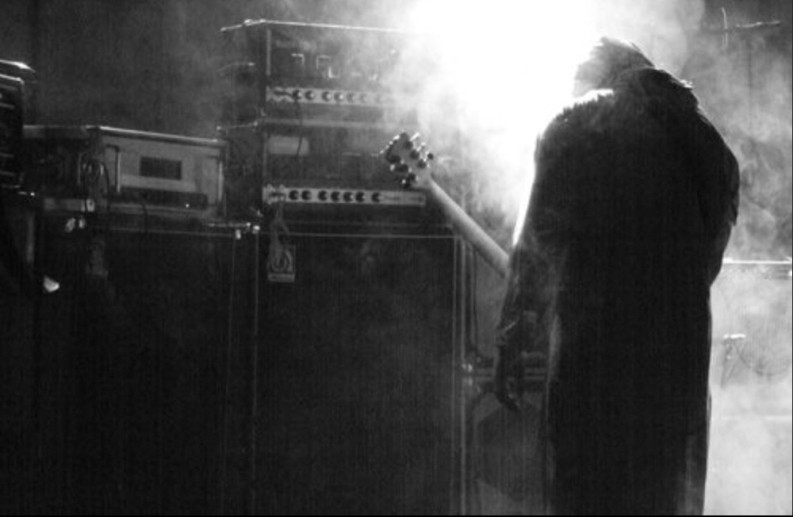 In September 2009, Sunn O))) filled the century-old Bijou Theatre with smoke and a stomach-churning deconstruction of heavy metal theatrics. The core duo of Stephen O’Malley and Greg Anderson was joined by Steve Moore on keyboards and trombone and Hungarian underground legend Attila Csihar on vocals. Dressed in robes, O’Malley and Anderson stood as still as statues during the entire 80-minute ritual; Csihar, hidden behind a horror-movie mask, took center stage and delivered a barrage of mostly wordless vocalizations. It was an unlikely performance in one of Knoxville’s grandest venues, as the size of the audience would attest—the auditorium was well under half full.

But most of those who attended the show will remember it distinctly. For those who don’t, or who didn’t make it, a recording of that concert and 66 other Sunn O))) shows have just been released on the group’s new Bandcamp page of live archives from 2002 to the present, featuring “unmixed, unmastered raw footage captured via underground tapers & fans.”

A kind of Dick’s Picks for experimental doom fans, the new Bandcamp page showcases the band over more than a decade in various permutations—as a duo, as a trio, and at least once as a sextet, and in collaboration with Moore, Csihar, and other notable underground figures like Oren Ambarchi, Joe Preston, Mark Deutrom, and Daniel O’Sullivan. The earliest show is from August 2002; the most recent was recorded on May 30 in Bristol, England.

All 67 sets are available for free streaming or as a download for $5. Proceeds will fund “future O))) actions.” If you have any audio or video recordings or photos, send them to sunn@southernlord.com.