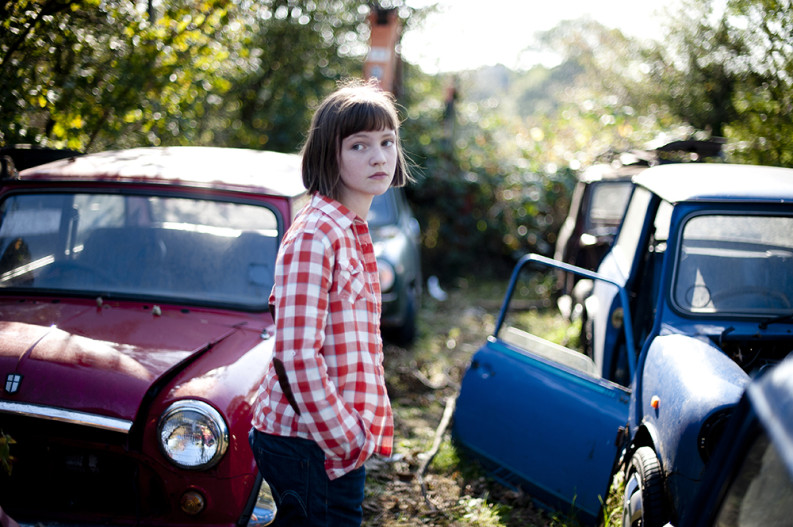 The film-of-the-month club Film Movement offers terrific content at a premium price. Alas, the indie and international films in which the service traffics aren’t generating much in the way of box-office or broadcast revenue. They are typically devoid of stylized or gratuitous violence—though those set in Third World locales occasionally make reference to traumatizing circumstances. They are generally thoughtful films, often with festival-award pedigrees, seemingly made for reasons not much in play around 21st-century Hollywood. Fortunately, your public library subscribes on your behalf.

Broken
The parallels between this film and 1962’s To Kill a Mockingbird are many. Patient and ruminative single father Archie (Tim Roth, in one of his most flattering roles) descends from Atticus Finch. His adventurous tomboy daughter, Skunk (Eloise Laurence), would probably answer to the name Scout. In and around a British row-house cul-de-sac, Skunk susses out the final days of her childhood. Her innocence is about to be kiboshed by the random hammers of mental illness, exhausted romantic passion among her favorite adults, and three of the meanest sisters you’ll ever encounter. Director Rufus Norris’ ability to believably resolve this block-long train wreck without a bulldozer is fascinating and makes you want to take notes for next time your own world gets derailed.

The Day I Saw Your Heart
Mélanie Laurent (introduced to American audiences by Quentin Tarantino in Inglourious Basterds) plays the gorgeous, ditzy, and lovable Justine. While Justine is best described as restless with regard to romance, her emotionally adolescent father, Eli (Michel Blanc), is about to have a child with a much younger second wife. After years of estrangement, Eli attempts to get to know his daughter by chumming with her many exes. What could possibly go wrong?

Amador
Set almost entirely in the small, nondescript Spanish apartment of Amador, an ailing retiree whose absent adult daughter has hired a young immigrant caretaker, this film is an exercise in dread and its deferment. Companion and servant Marcella cultivates a dependent friendship with the sly, still-handsome Amador, who dispenses sage advice and foreshadowing in equal measures. We watch as Marcella quietly inventories what she wants compared to what she needs, and watches those wish lists change instantly as they are fulfilled. It’s unlikely that you’ve ever had such a pleasing and hopeful story make you so anxious.