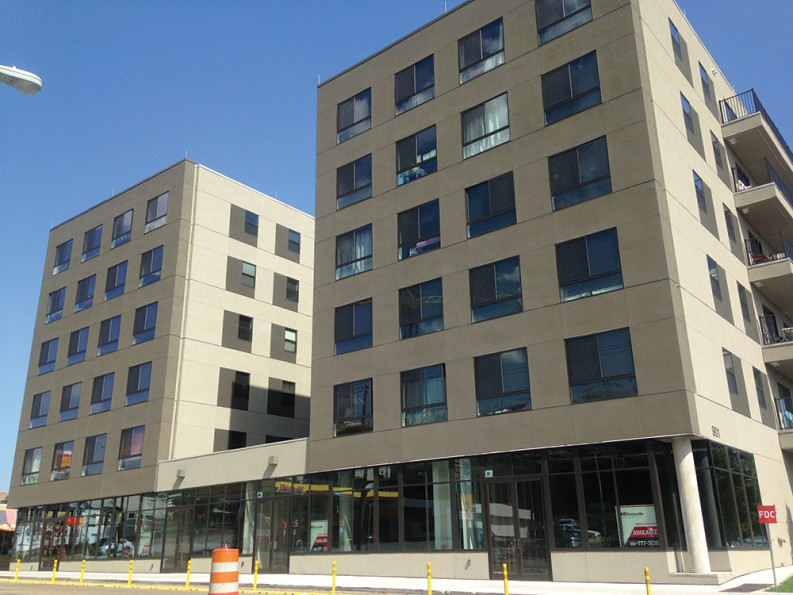 Building codes, zoning ordinances—these are not the stuff that dreams are made of. We do not put our children to sleep at night reading excerpts on occupancy limits or egress requirements. These do not excite one’s soul to take up arms nor offer warm embrace. Typically, the average citizen confronts them only when building an addition or renovation. As far as regulatory authorities are concerned, building codes exist for the same reason that doctors and architects are licensed: to protect the lives and safety of the public. The first of these was to protect a city from fire. That city was Rome.

Several ancient historians record Emperor Nero as the first to enact laws specifying construction standards after much of Rome burned. While he is likely responsible for the fire (he built his vast villa, the Domus Aurea, on part of the charred remains), Nero remains, nonetheless, the paterfamilias of urban building codes.

Form-based codes, such as those in the city of Knoxville, are of a much more recent vintage and another matter entirely, so much so that they are virtually absent from land-use case law. For the past century, much of this country has been regulated by Euclidian zoning. Curiously, this nationwide standard is named not after the Greek geometer but a town in Northern Ohio, now part of Cleveland. It was party to a landmark 1926 Supreme Court case, Euclid v. Ambler Realty, that resulted in a municipality’s right to regulate land use—what most of us know as the color-coded maps that delimit the physical zones of residential, commercial, light industry, and so on, most of which are single-use. And therein lies the problem, particularly for those promoting FBCs, which regulate the form, pattern, density, materials, architectural character, and several other aspects of construction within a municipality’s prescribed limits. Here in Knoxville we have two: the Cumberland Avenue Corridor and the South Waterfront.

The need for restrictions on the particulars of urban (and suburban) buildings and developments largely did not exist before the mid-19th century. While the promoters of FBCs argue that one can trace their history centuries back, this is a false history at best; before the Industrial Revolution there were, in most of the Western world, generally held standards and tastes by which the interiors and exteriors of significant buildings, public or private, were designed and judged. Indeed, large developments such as Regents Street and Park Crescent in London by John Nash were designed in a single coherent manner for a single speculator, both in the Regency Style.

The first national comprehensive code was the London Building Act (1844), which dealt with construction standards, heights, character of design, etc. Yet even as late as the first two decades of the 19th century, such matters as density, character, and many others were self-regulated by taste shared among those with the capital to build such ventures, and by architects like Nash, who designed them. Things change, however, and quickly, particularly during the last two centuries.

Form-based codes have become extremely popular in certain parts of the United States of late, particularly in the Southeast. They were invented in the early 1980s by the postmodern architect-planners Andres Duany and Elizabeth Plater-Zyberk. Their main goal: to re-establish some qualitative control over suburban development and the making of public space—its size, configuration, and its character. One of their central concerns was to create a model of exurban development attractive for developers while at the same time slowing suburban sprawl. Of late, this development model has been used within more dense urban settings, with varying degrees of success.

There is no denying that the simplistic Euclidean zoning maps of postwar city planning offices created an apartheid of activities, denuding city dwellers of the rich complexities of urban life, form, and content. That strategy of separation and striation did as much to destroy the fabric of American cities as the most dramatic job migrations of the 1930s, the Interstate Highway System of the 1950s, or the civil-rights riots of the 1960s. In the main, with FBCs’ focus on dense clusters of like-minded multi-use buildings that create “room-like streets,” and something they call a “transect zone,” the problem of programmatic estrangement was one of the key issues that these codes have been relatively successful at fixing.

The first realization of Duany and Plater-Zyberk’s theories, Seaside, Fla., became the setting for the film The Truman Show. In relatively short order, they institutionalized their work into the Congress of the New Urbanism, a series of books, conferences, and the curriculum of several major schools of architecture in the United States. There is even a Form-Based Codes Institute, founded more than a decade ago, populated by New Urbanists, many of whom hail from DPZ, Duany and Plater-Zyberk’s firm, and who use the FBCI to promulgate and correctly interpret the teachings of the CNU and DPZ. During the past three decades, FBCs have become the go-to planning model of many architects and urbanists. Of course, there are limits and unintended consequences. Anyone who has seen The Truman Show may be surprised to learn that the setting for the film was an actual “town” and not a set built for the production.

During the past decade or so, DPZ, the New Urbanists, and the CNU have added a bit of sustainable strategy, the latter of which is intended to convince one that a stand-alone community (some of which are gated) is somehow sustainable. Sadly, the more sustainable we make any particular suburban enclave, the more unsustainable, as a society, we make our general way of living.

After several meetings with city representatives, including an attempt to break the height limit of the newly minted FBCs for Cumberland Avenue, the Big Gray Box (BGB) of a building at 2010 Cumberland Ave., between Mountcastle and S. 21st streets, opened for business in August 2014. Built by Campus Acquisitions of Chicago, it is the first building to incorporate some of the FBC’s principles. (It began construction before the FBCs were approved Oct. 29, 2013.) Standing six stories tall (facing Cumberland), with the exception of slots cut into its north- and south-facing facades to provide light, the BGB seemingly fills every cubic inch of buildable envelope.

The intention of the code is to transform a strip into an avenue. Strips are the sorts of things one finds in the suburbs, not so close to the city center nor the heart of a major university. Kingston Pike, although now within the city limits, is a strip, as is Chapman Highway. But Cumberland Avenue, bounded by UT’s campus and what’s left of Fort Sanders, ought to be an avenue; the new code is intended to make it just that, the thriving main street of a town-meets-gown neighborhood.

The BGB does what it can to help. If it accomplishes nothing else, it holds the line of the street, just as the code requires. While to many it seems to loom too large, that is mostly because it accomplishes little else. Lacking a sense of scale or any quality of materials, its dark glass, gray-hued stucco, and standard storefront ground-floor facade create the familiar image of a suburban office building—ironically, the kind one finds along Northshore Drive. Indeed, the only thing urban about the BGB is its siting, which is required by the FBC. Otherwise, it could be anywhere.

Recently, a colleague offered a more positive spin on the BGB: “It’s a hell of a lot better than the parking lot that was there before.” Perhaps, but when the site was a parking lot, it still had promise. Now, we live with 30 years of a big gray error. There is always the hope that as more new buildings completed under the code populate the street, it will become less foreground and more background.

One lesson learned from this first product of the Cumberland Avenue FBC: Such regulations hardly guarantee success. Rather, they limit the terms of acceptable failure.

Corrected: A previous version of this column stated that the apartment complex in question was “the first building completed under the new FBC.” However, its construction started before those codes were finally approved. Developer Campus Acquisitions did incorporate some parts of the code (particularly the pedestrian-oriented elements), but the building as a whole does not adhere to the Cumberland Avenue FBC that is now in place.