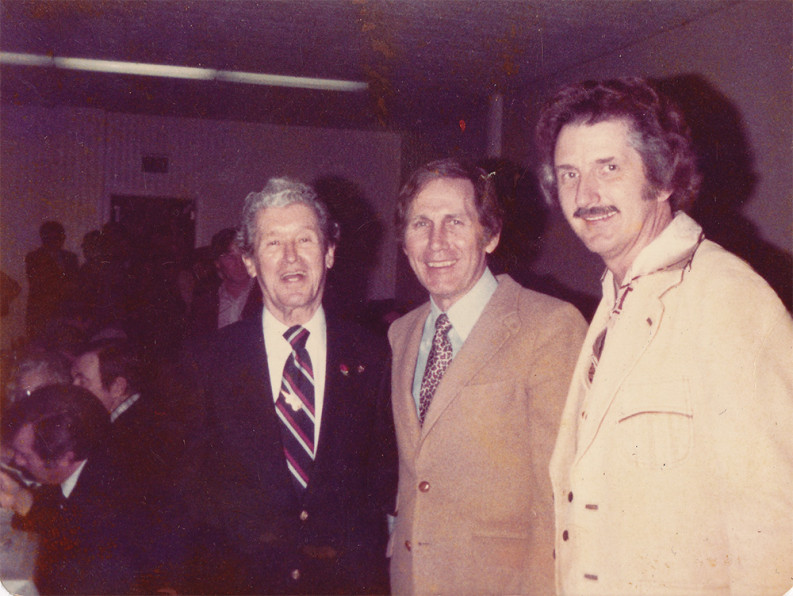 In a small strip mall off Broadway, in Fountain City, between CVS and Walgreens, you can still get a $5 haircut. At Glenn’s Barber Shop, you can also get some pretty interesting stories about country- and gospel-music history in Knoxville. The owner, Glenn Farrington, has performed around East Tennessee and beyond for more than six decades, and he’ll gladly tell you about singing with Archie Campbell or being introduced on the Grand Ole Opry by Hank Snow. There are likely to be several customers in the shop, so you’ll have time to take in a few stories while you wait. As you leave, you can purchase one of Farrington’s many CDs for a price in line with his haircuts.

Farrington, 80, started singing in the choir at the old Rule High School. He appeared on local radio on WROL, WNOX’s Tennessee Barn Dance, and John Hitch’s revamped Tennessee Valley Barn Dance. Local TV viewers may have spotted him on Jim Clayton’s Startime or J. Bazzel Mull’s Mull Singing Convention; he says he was on Cas Walker’s show with his cousin Esco Hankins the same day a young Dolly Parton made her first TV appearance.

For most of his life, Farrington sang gospel, but in the 1970s he tried his hand at country music. He appeared on You Can Be a Star, a Nashville version of Star Search with Jim Ed Brown in the Ed McMahon role, and finished just a few points shy of first place.

Farrington attended Bon View Baptist Church, where he befriended Ruby Moody, a staggeringly prolific gospel songwriter and Dove Award winner. Her name turns up on a large number of obscure small-label gospel 45s from the 1970s. In 1975, Farrington recorded several of Moody’s songs at Nashville’s JED Records, the label ran by the son of Opry stage manager Jim Denny. Farrington landed a spot on the Opry, where he sang Moody’s “Gonna Have a Good Time (When I Reach Gloryland).” Snow was also on the bill that night, and brought Moody’s friend onto the stage.

Glenn’s Barber Shop has been at the same location since 1969; before that, Farrington worked across the street at Buddy Kirby’s establishment. Buddy was the brother of Beecher Kirby, a member of Roy Acuff’s Smoky Mountain Boys. One day Buddy called Farrington and told him to come by his house. He arrived to find Acuff and Chet Atkins. They invited him to sing and pick guitar with them for a while.

Farrington’s been through some rough patches in the last few years. Shirley, his wife of 60 years, died a few years ago. In the summer of 2013, he broke his hip during a robbery at his shop. Farrington’s grandson is making the barber shop a family business by working on Farrington’s off days. Farrington’s second wife, Glenda, now sings with him. They even have their own gospel show on KRBB on Sundays at 5 p.m.

Farrington says he has few regrets, but he does wish he could have made an appearance on Hee Haw. His old WNOX pal Archie Campbell invited him on once, but Campbell died before the deal was finalized.

“I don’t know what might have happened if I’d been on Hee Haw,” Farrington says. “I’d probably be making more money than I am now. But this barber business is what affords me to make music, record my albums, and have my TV show. There’s a lot of people that come in for a $5 haircut.”