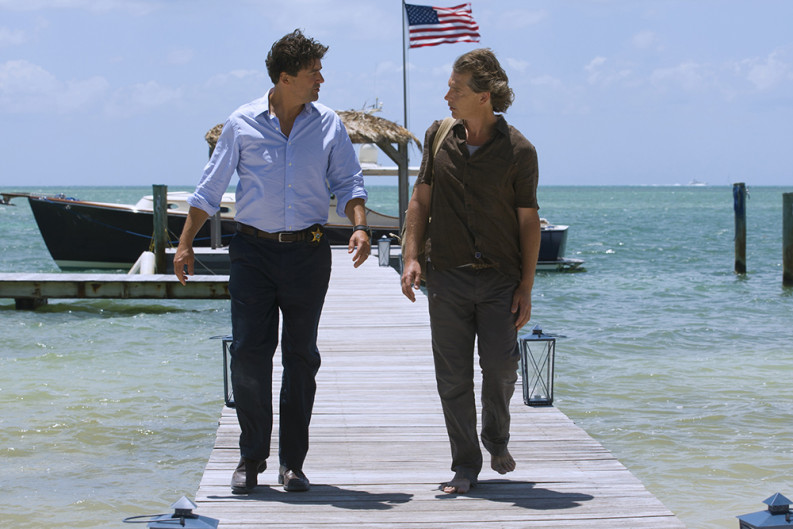 Netflix has created several popular television series, and now it has created its first great one. That would be Bloodline, the noir-ish family drama that premiered earlier this spring. Created and produced by the team behind Damages—and in Todd Kessler, one of the forces behind The Sopranos—the 13-episode season features some of the haven’t-seen-that-on-TV-before exoticism that brought viewers to Orange Is the New Black, as well as the potboiling intrigue that lures them to House of Cards. But Bloodline, like a lot of noirs, is a perfect machine for drawing you deeper until you can’t escape.

At first, the Rayburns seem like people you wouldn’t want to spend 13 hours with—they’re just too pleasant. The patriarch and matriarch of the clan, played by Sam Shepard and Sissy Spacek, have for decades run a quaint, and lucrative, resort on one of the Florida Keys. Three of their adult children—played by Kyle Chandler, Linda Cardellini, and Norbert Butz—live nearby and seem to have settled in to the pastel haze of the good life in the semi-tropics. And then black sheep Danny, played by Animal Kingdom’s Ben Mendelsohn, comes home.

Bloodline makes use of Breaking Bad-style flash-forwards and deploys them early on to telegraph that terrible things lie in store. But what’s most terrible, in the end, is how naturally the looming disaster unfolds. Chandler’s John Rayburn is a local detective, and the most stand-up sibling, but his hair is always in need of cutting or combing (a great touch), and his relationship with Danny is equally untidy. Cardellini’s Meg is a local power lawyer, and family deal-broker, but she’s also recklessly cheating in hot cars like a teenager. Butz’s Kevin is the most perfect Kevin in the history of fictional Kevins, a frowsy man-child rarely seen without a half-empty beer in his hand (another great touch—the series is lousy with them). And then there’s Danny, the drinking, drugging goad to the entire family, a reminder of the painful secrets beneath the idyllic facade and one of the most vivid characters rolled out on screen in years. What makes Bloodline so car-crash watchable is slowly coming to know these people, and then watching them do exactly what they would do, to the detriment of themselves and everyone around them.

There isn’t enough room here to praise in detail the deft writing or the wall-to-wall fine performances (the fact that Chloe Sevigny shows up as a minor player characterizes the deep bench here). There are a few moments, as the stakes rise, that flirt with the melodrama that drives so much series storytelling these days, but they are grounded in the carefully crafted context. And the season ends in a place that makes it clear that things will only get worse for the Rayburns next season, which, for viewers who love adult drama done well, is happy news.