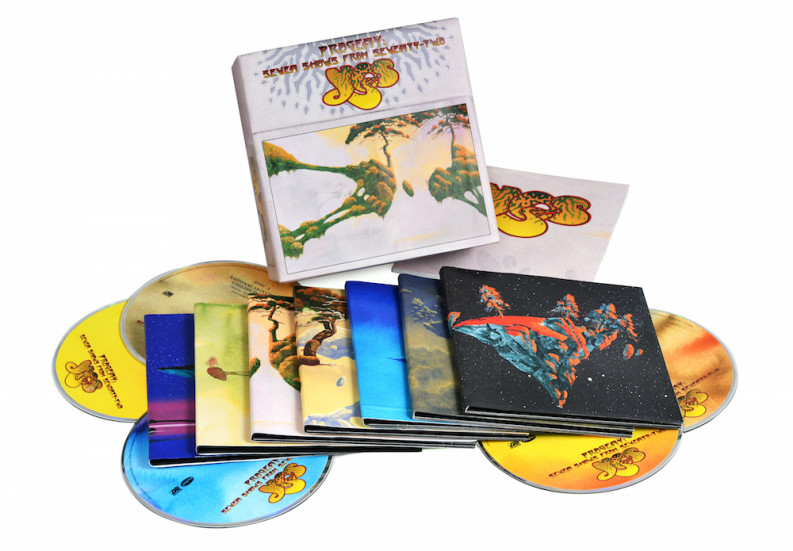 It might reek of overkill, even to the most die-hard Yes fan: a 14-disc live box set, compiling seven shows from the prog-rock legends’ 1972 tour. It’s a stretch already documented on the 1973 behemoth triple-album Yessongs. But the new set, Progeny, is worth the plunge for Yes completists, ascending to—and often surpassing—the band’s previous live peaks. It’s also of particular interest for Knoxville-based fans, featuring the full Nov. 15 show recorded at the Civic Coliseum.

Yes’ 1972 album Close to the Edge marked a critical turning point for the band, with the entire classic quintet lineup—singer Jon Anderson, guitarist Steve Howe, bassist Chris Squire, keyboardist Rick Wakeman, and drummer Bill Bruford—firing on all cylinders. Over four decades later, that album remains a cornerstone of the entire progressive-rock movement. But Yes’ future looked uncertain after the recording sessions, when Bruford left to join like-minded experimentalist Robert Fripp in King Crimson. Alan White, a veteran session player for John Lennon and George Harrison, stepped into Bruford’s spot, learning the band’s entire live repertoire in a mind-boggling three days. But had the magic dissipated? That transitional version of Yes certainly faced immense pressure, but Progeny confirms just how cohesive the rest of the group had become in their four years of touring.

The set lists here are consistent throughout, featuring the entire Close to the Edge album along with a few old-school favorites (the band’s breakthrough hit, “Roundabout,” and the sing-along “I’ve Seen All Good People”) and instrumental showcases for Howe and Wakeman. Given the blunt repetition, it’s easier to recommend the condensed, two-CD highlights version, which recreates one standard set from shows in Knoxville, Canada, North Carolina, Georgia, and New York.

The Civic Coliseum set finds Yes a bit worn down from their previous three months on the road. (Anderson’s voice is strained throughout the set, particularly on the angelic highs of “And You and I.”) But the ensemble playing is surprisingly energetic from cut to cut, with White’s heavier, more bombastic approach livening up the Fragile and Edge material. And Progeny gets a leg up on Yessongs for sheer fidelity: Every sneering Howe lick and Wakeman organ run cuts through with the analog warmth and precision of a studio session.

Progeny is a tough sell. But it’s also an important document in Yes history, and an interesting footnote in the history of live music in Knoxville.